American Universities and the Birth of Modern Mormonism, 1867–1940

Virtually all Mormon historians are familiar with Thomas G. Alexander’s seminal work Mormonism in Transition (Urbana: University of Illinois Press, 1986). In some important ways, Thomas Simpson’s work continues Alexander’s study by examining the role that university education played in the Americanization of The Church of Jesus Christ of Latter-day Saints from 1867 to 1940. If you are a fan of Alexander’s book, or if you are a Mormon who cares about higher education, American Universities and the Birth of Modern Mormonism should be required reading.

Presently an instructor in religion and philosophy at Phillips Exeter Academy, Simpson believes “modern Mormonism was born in the American university, and the Mormon path to citizenship—to a genuine, passionate sense of belonging in America—ran right through it” (1–2). This thesis plainly guides his entire study.

Although physically the book is rather thin for a university press publication, the content is quite heavy—and yet it is surprisingly engaging. His prose is clear and readable. I appreciated how the author took the role of a disinterested storyteller.

Many of the stories and episodes Simpson details are quite well known, such as those of Romania Pratt and Benjamin Cluff Jr. But there are several accounts that receive far greater attention by him than they have in other works, such as those of Franklin S. Harris and Osborne Widtsoe. And there were even a handful of stories that were entirely new discoveries to me, including those of LeGrand Young and Hannah Sorenson.

After the Saints settled in the Great Basin, Brigham Young and other Church leaders quickly realized that their community lacked trained professionals in fields such as medicine, engineering, and law. By the 1870s, Young was sending some of his own children and other Church members to reputable schools to try to fill these voids. Most of these students had their tuition either subsidized or entirely paid for with the stipulation they would return and share their training with the larger Mormon society, through both practicing their trade and offering apprenticeships—thus making these educational expenses an investment for the community. And, “with their star students as proxies, Mormons in Utah could participate vicariously in the students’ transformation” (2–3), especially as a wide variety of Mormon periodicals reported on the studies and adventures of these students.

In what is perhaps an oversimplification, Simpson states, “Education became the main battleground in the twentieth-century war to define Mormon identity, the struggle for the soul of modern Mormonism” (3). Fortunately, the majority of the students who studied outside of Utah were also good ambassadors for their faith. In the case of James Henry Moyle and Henry Rolapp, Simpson assessed, “They earned the clear, abiding respect of their peers not by proselytizing but by engaging them in rational discourse and debate about law and politics” (35). The Mormon students’ strong intellects coupled with their high ethical standards allayed much religious prejudice in Victorian America, a time when the nation was up in arms over polygamy issues (both pre- and post-Manifesto). Educational degrees and achievements, in turn, brought the Church a modicum of respectability and forged a few new allies in the cultural wars. One example of this came in the early 1890s when Harvard’s president, Charles Eliot, “praised his Mormon students as model citizens of the university” and compared Mormons to “the early Puritans in their willingness to endure hardship and travel great distances in pursuit of a religious ideal” (43).

This tension was constant between what Simpson calls populist Mormons—common believers (many of whom happened to be in leadership positions) who tended to be suspicious of educational professionals, and the pluralists—forward-thinking progressives who tended to have had broader cultural experiences and who welcomed more interaction with the “gentile” world. Populists prayed that the students’ testimonies would stay intact, and they wanted the students to remember that the Holy Ghost trumped worldly knowledge. The populists also frowned on students developing loyalties outside of the faith. Pluralists “assured the Utah Saints that Mormons could flourish at [some academic institutions], which felt neither viciously anti-Mormon nor awash in godlessness” (49). However, at least one Mormon student, Josiah Hickman, admitted that his studies had challenged his faith: “It takes constant prayer and reading of scriptures to keep me from becoming doubtful at certain hours. I find several of the young people here growing indifferent and skeptical” (51). This tension between the populists and pluralists continued, and it was an ongoing topic at nearly all levels of Mormon interaction with secular higher education in the latter part of the twentieth century.

Similarly, Simpson’s narrative in chapters 3, 4, and 5 highlights the tension between science and religion in the LDS faith. Two episodes in particular seem to embody the complex elements of this uneasy juxtaposition: the firing of two BYU science professors in 1911 for undermining students’ testimonies and promoting theories of biological and sociological evolution and Sterling B. Talmage’s public challenge of Church leader Joseph Fielding Smith on BYU campus in 1953. Simpson’s accounts set these well-known episodes in their broader cultural context.

The struggle between populism and pluralism and science and religion occurs because of such scriptural phrases as “the glory of God is intelligence” (D&C 93:36) and the last portion of the Thirteenth Article of Faith: “If there is anything virtuous, lovely, or of good report or praiseworthy, we seek after these things.” How should Church authorities and members balance revealed revelation with the thoughts of great minds who are still mortal and not of the same faith (or of any faith in some cases)? Each generation of Mormons has had to grapple with this question, and each has arrived at slightly different answers.

After reading American Universities, readers come away sensing some of the impact that higher education has had on the Church. (At the same time, the book would have been more effective if it had been more analytical and critical of academia and the diversities within; it also would be interesting for Simpson, or perhaps another author in the future, to try to determine what reciprocal impact Mormons have had on higher education.)

In the nineteenth century, virtually all Mormons who received advanced degrees went to eastern universities, but in the twentieth century Mormons studied at major universities all across the country. Education broadened the horizons of these individual Mormons who obtained degrees and immediately benefited large groups of Church members (primarily those living in more populated areas while having a trickle-down effect on rural areas). Education also afforded the students a far larger sphere of influence than they likely otherwise would have had. In many ways, these educational achievements made the Church and its members more American, and these students, with their impressive degrees, demystified Mormonism for many of the educational elite who acted as influential cultural gatekeepers. 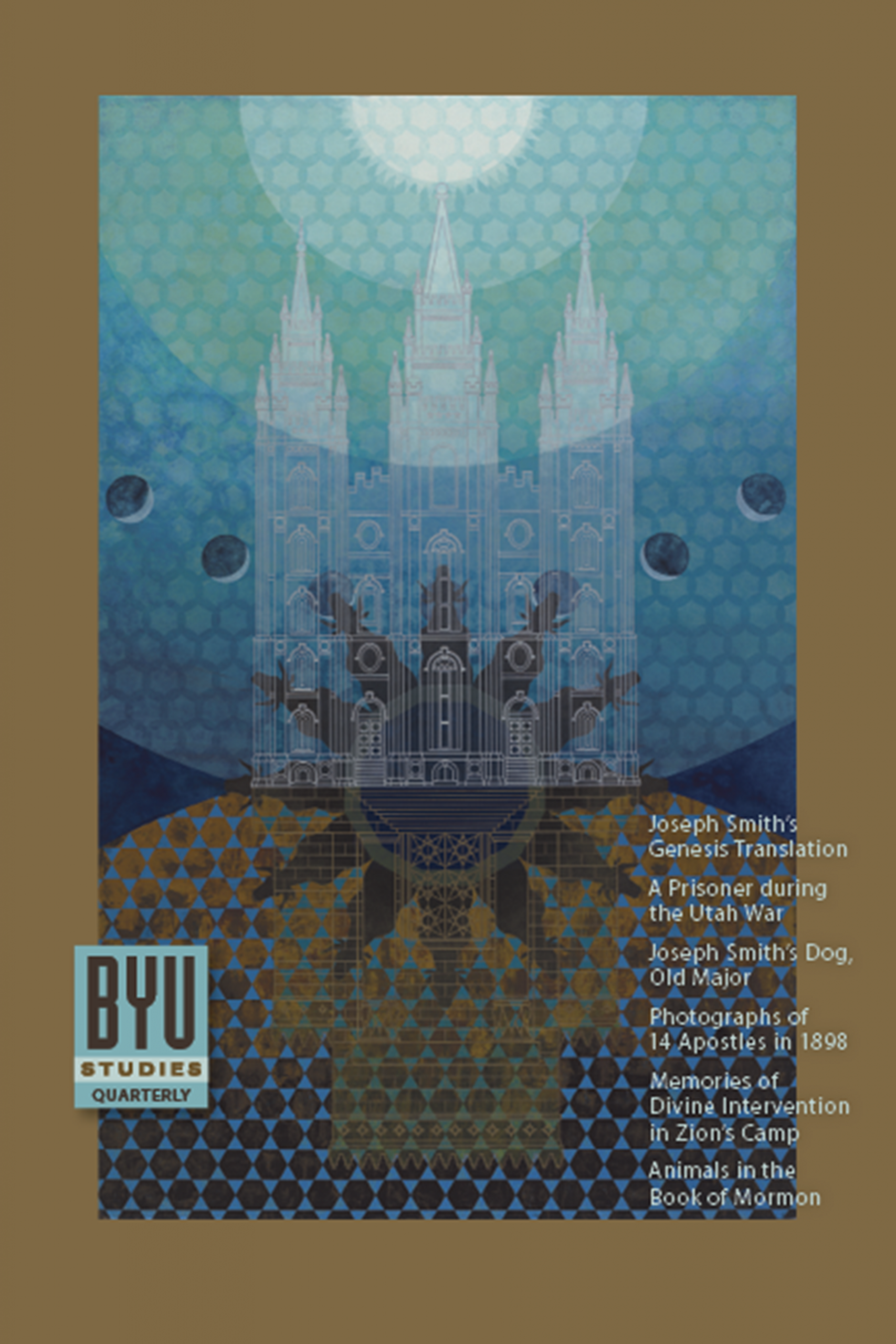 Next:
The Mormon Missionary

Heather M. Seferovich worked on The Story of Masada and The Dead Sea Scrolls exhibitions at BYU in 1997 and was Senior Executive Editor at BYU Studies for twelve years before becoming the curator at the Education in Zion Gallery in 2011.