In their work An Apostolic Journey: Stephen L Richards and the Expansion of Missionary Work in South America, authors Richard E. Turley Jr. and Clinton D. Christensen have compiled a documentary history of the 1948 journey of Apostle Stephen L Richards and his wife, Irene Merrill Smith Richards, to South America. Turley is a former assistant Church historian and former managing director of the Department of Public Affairs for The Church of Jesus Christ of Latter-day Saints, and Christensen has spent much of his career at the Church History Department collecting Latter-day Saint history from Latin America. An Apostolic Journey recounts how Richards inspected missionary work in Uruguay, Argentina, and Brazil and offered suggestions to missionaries, to mission presidents, and later to General Authorities of the Church about the growth of missionary work in the postwar era. His journey marked the first visit of a General Authority to South America in over two decades.

Chapter one is a brief summary of the Richardses’ journey from Utah to New York City; their January 15, 1948, departure for South America aboard the SS Argentina; and their arrival in Buenos Aires on February 3, 1948. Chapters two through four offer documents pertaining to the Richardses’ visits to missions in Argentina, Uruguay, and Brazil. These first four chapters provide an array of previously unpublished documents, including private letters and journal entries written by Irene Richards, journal entries from missionaries, mission records, correspondence from mission presidents, and newspaper articles (largely from South American papers, though also from the Church News). Chapter five contains a summary report written by Stephen L Richards, as well as his recommendations to the Church hierarchy in Salt Lake City and a report of his journey delivered in a general conference in October 1948.

Though apologists and lesser historians might not have done so, Turley and Christensen refrain from editing out uncomfortable statements found in the documents. They warn readers that “at times [Irene Richards’s] letters in this volume reflect a pro–North American perspective common to the era that is insensitive to growing economies and the Latin culture” (3). While this is true, the authors’ warning should also be extended to comments reflecting the class consciousness and ethnic prejudices of Steven L Richards.

What emerges from the documents is a view of the Richardses in all their humanity. Elder Richards was recovering from a heart attack, and Sister Richards had a vocal ailment. Travel to remote areas of Argentina and Brazil took many hours on primitive roads in the heat of summer, and meeting schedules ran late into the night. Sister Richards wrote descriptions of the exotic landscapes she visited in her diaries. In her private letters, expressions of love and concern for young missionaries and her family members are juxtaposed next to her complaints about the lower “class” of converts, outmoded fashions worn by South American women, the ignorance of the Argentines, the need for churches and mission homes to be in better neighborhoods, and so forth (32, 39, 47, 87, 88, 133). Most of these comments are reflected in Elder Richards’s own reports (142, 166, 175, 176, 178). Though the authors do not warn readers about Richards’s insensitivities, they allow observations revealing his elitism and prejudice to stand alongside those that demonstrate his leadership skills and obvious organizational talents.

Turley and Christiansen do tacitly demonstrate that other attitudes were possible. They include, for example, a statement by Uruguayan mission president Frederick S. Williams, who later recounted that as he was driving the Richardses on March 2, 1948, they came across a woman standing alone in a torrential downpour. Williams offered the woman a ride in the front seat alongside his own wife, for which he received the following reprimand from Elder Richards: “The brethren advise us not to pick up anyone” (90). The authors offer no commentary on the event. It is left to readers to observe that Richards was one of “the brethren” and that Williams’s egalitarianism allowed him to extend kindness to a poor woman as well as to the Richardses.

More contextualization and interpretation are needed throughout the volume. Readers might, for example, better understand Richards’s social networking with ambassadors, Rotarians, bankers, members of yacht clubs, and so forth if explanation had occurred earlier in the book regarding the need to introduce mission presidents to influential persons who could help secure visas, assist with the transfer of mission funds, and broker real estate deals. The most thorough explanation for Richards’s fraternization with South American elites is found in the final chapter (170, 172–73).

In the epilogue, Richards’s visit to South America is heralded as a rare event that resulted in unprecedented Church growth in all of Latin America. Curiously, the extensive 1943 tour of the Mexican Mission made by David O. McKay, then President of the Quorum of the Twelve Apostles, and the 1946 visit of Church President George Albert Smith to Mexico are both excluded from summary paragraphs on Church history in Mexico and from the historical timeline of the Church in Latin America. Smith’s visit coincided with a conference in Tecalco at which 1,200 members of the schismatic group known as the Third Convention reunited with the mainstream Church in a single day.1 The authors may have wished to focus on the acquisition of new converts and not on the reconversion of dissidents. Nevertheless, because Church membership in Mexico now stands at nearly 1.5 million, a similar success today would require the reunification of over 330,000 disaffiliated Mexican members at a single conference attended by the current President of the Church.2 Richards made his journey to South America just two years after the 1946 success in Mexico. Contextualizing the history of the Church in South America in light of events in Mexico from 1935 to 1946 would have also shed light on Richards’s instruction that in the Church, “the right of nomination has been given to the President” (25). This directive was obviously an instruction meant to avoid the petitioning for mission leaders of local extraction as had been attempted by Conventionists in Mexico in 1936. Likewise, Richards’s directive to work “toward local (native) administration as soon as possible” stemmed directly from the concerns of Mexican members desiring ecclesiastical self-governance (61, 138).

While this book could prove an uncomfortable read for Latin Americans of any ethnicity and for Euro-American Latter-day Saints in the United States, the epilogue could be particularly disheartening to Black members worldwide. In their cataloging of the successes gained through Richards’s visit to South America, Turley and Christensen list not only membership growth but also the eventual formation of new stakes, the building of temples in South America, and ultimately the 1978 revelation lifting the ban on Blacks from the priesthood (191–92). The evidence for this overstated claim comes from a secondhand source quoting Mark E. Petersen in an email more than thirty years after the fact (200 n. 40). According to this source, the high frequency of miscegenation in Brazil made it impossible to discern the racial lineages of converts. Thus, the argument could be read to imply that the lifting of the ban on priesthood and temple admittance for Blacks was not based on a desire to include but because it was simply not possible to bar in Brazil all those who had been traditionally excluded in the United States. More contextualization, interpretation, and sourcing are necessary to substantiate this polarizing claim.

An Apostolic Journey adds another volume to the scant body of literature on the history of the Latter-day Saints in Latin America. The book will interest scholars of missiology, academics researching missionary movements from the United States and the attitudes of missionaries toward their converts, and readers interested in the history of the restored gospel in South or Latin America or in its global contexts more generally. Readers should not expect to find documentation of the voices of South American converts but rather the experiences of North Americans who came to establish missions in Brazil, Uruguay, and Argentina. That the documents in this volume were composed in 1946, shortly after the conclusion of World War II, lends the book a unique relevance to the current era. During the war, missionaries from the U.S. were called home; hence, in the postwar era, the Church had to re-establish missions worldwide. Likewise, in 2020, Latter-day Saint missionaries have returned from international missions due to the COVID-19 pandemic. Scholars desiring to research the re-­establishment of global missionary networks in the twenty-first century may find an interesting parallel in this volume. 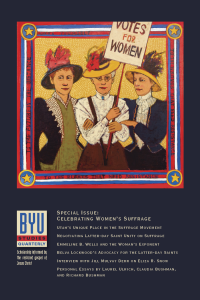 Previous:
My Life in Art

Elisa Eastwood Pulido is a visiting scholar in global Mormon studies at Claremont Graduate University. Her fields of research include race, religion, and politics. Her first book, The Spiritual Evolution of Margarito Bautista: Mexican Mormon Evangelizer, Polygamist Dissident, and Utopian Founder, 1878–1961, was published by Oxford University Press in March 2020.

2. “Facts and Statistics: Mexico,” Newsroom, accessed May 1, 2020, https://newsroom.churchofjesuschrist.org/facts-and-statistics/country/mexico. This site lists the membership of the Church in Mexico as 5,300 in 1946.