In his famous address about those of “the last wagon,” J. Reuben Clark paid tribute to the Latter-day Saints who are recorded only in the margins of history, if at all.1 Jessie L. Embry’s Asian American Mormons grows out of a similar desire to represent the experiences of common Latter-day Saints. The third book resulting from the Redd Center’s Oral History Program,2 Asian American Mormons presents interviews of 108 Latter-day Saints with Asian backgrounds.3 Drawing from interviews conducted in Utah, British Columbia, Virginia, and California from 1991 to 1995, Embry’s book is notable in the way it provides a space for ordinary Mormons to reflect on their experiences as members of the Church.

One of Embry’s most important chapters is the first one, where she sets forth the methodology and scope of the project and explains its limitations. She clearly acknowledges that her sample is not representative: all the interviewees are active in the Church, women interviewees outnumber the men almost two to one, over two-thirds of the interviewees live in Utah, and over a third of the interviewees were students at Utah Valley State College in Orem, Utah, or Brigham Young University–Provo (10). Also, no Filipinos were interviewed, even though the Church is growing quickly in the Philippines (9). Therefore, one must keep in mind the ways in which limited research could affect Embry’s conclusions. Still, one cannot fault the book because of the unrepresentative sample. Embry explains that the sample problems resulted from limited funds and time (10). Furthermore, even with unlimited resources a perfectly representative sample would be impossible.

Of the seven other chapters in Asian American Mormons, three take up the issue of ethnic congregations. The remaining four chapters examine how Asian members feel about being lumped into a single group, how they feel about their interactions with European-Americans, and how they “describe their lives in the United States as they mediate triple identities—ethnic [Asian], Mormon, and American” (4). The book also brings up the issues of interracial dating (54–59), racial attitudes among Church members (116–26), and cultural differences among Church members (83, 100, and others). On the whole, the book begins to delve into these issues, but it also shows the need for further study.

Throughout the book, Embry presents the collected data by providing contextual and biographic information and liberally quoting from the interviews. In this way, she is able to portray a range of opinions about the subject at hand. As would be expected, the interviewees often contradict one another, and thus Embry is able to present varied perspectives on being Mormon and Asian American.

Embry’s method of integrating interview material into the book can be seen from this representative paragraph:

A few interviewees’ families responded positively [to the interviewee joining the Church]. Henry H. Kwok, a former American embassy employee who joined the Church in his late twenties just before he left Vietnam in 1975, felt that his family accepted his decision. “All my relatives know that we are Mormons, and they look at us differently. They know that we don’t drink” and prevented other people from offering Kwok and his family alcohol at parties. (25)

The basic structure of this passage appears regularly in the book. Herein lies a weakness in the rhetoric: the paragraph structure often becomes formulaic. Embry is right to attribute the information to a real person, not just an anonymous “interviewee,” but she could allow people like Henry Kwok to “speak” more in the book by providing more direct quotations. Doing so would shake up the paragraph structure and also give a better sense of what each individual has to say about his or her own experiences.

Overall, I see Embry’s project as an important and bold one. The Oral History Project is meant to document the experiences of minorities within the Church so their perspectives are not lost or overlooked,4 and Embry’s book brings attention to the complex experience of being a Mormon while balancing other identities (something all Mormons must do). Furthermore, the Church’s expansion into a worldwide religion may yet prove to have as great an effect on Church culture as the exodus of the Saints to the West. By focusing attention on the experiences of these Asian American members, Embry helps show how intertwined American culture is with Mormon popular culture as well as the difficulty conversion sometimes entails.

While the book succeeds in examining many issues of race, culture, and religion, readers expecting an extended and analytic treatment of the issues will find this book disappointing. Embry points out that “other researchers might find subtle differences in the interviews that [she] missed” (5) and leaves up to folklorists, sociologists, and historians the further analysis on these experiences of Asian American Mormons. But the book is successful in Embry’s stated purpose, which is to “preserve the ‘personal voices’ of singular Church members, allowing those members to talk openly about their experiences and feelings as Latter-day Saints.”5 Thus, if one desires to learn what ordinary individuals, who often have remarkable experiences, think about their membership in the Church, this book can be rewarding. 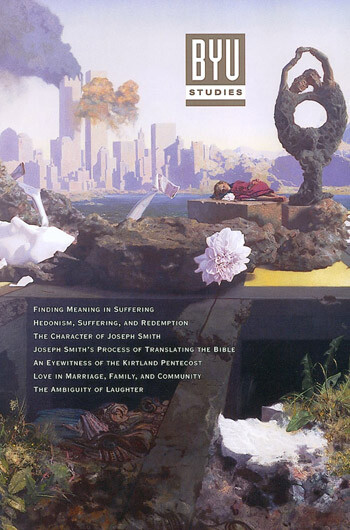 David A. Allred is a Ph.D. candidate in English at the University of Missouri–Columbia, where he studies folklore and nineteenth-century American literature. He received a B.A. and an M.A. in English at Brigham Young University.

2. The other two books are Jessie L. Embry, Black Saints in a White Church: Contemporary African American Mormons (Salt Lake City: Signature Books, 1994); and Jessie L. Embry, “In His Own Language”: Mormon Spanish Speaking Congregations in the United States (Provo, Utah: Charles Redd Center for Western Studies, Brigham Young University, 1997). In these books, Embry uses the problematic term “ethnic Mormon” to describe the Native Americans, Hispanic Americans, Polynesian Americans, and Asian Americans who have been interviewed by the Redd Center. This term is misleading because it suggests that, unless otherwise noted, Mormons are Caucasian. Furthermore, Euro-American Mormons obviously have ethnicities. Although the term “ethnic Mormon” may be useful as a descriptor, it marginalizes the groups that Embry is striving to represent.

3. Embry acknowledges that the term “Asian American Mormon” ignores the diversity and complexity of Asian cultures; she justifies using this paradigm in her introduction (5).