Fatherhood is an immediate, fruitful theme in Lance Larsen’s Backyard Alchemy, from the title with its combination of hominess and intellectual magic to the dedication page honoring his wife, Jacqui, and his recently deceased father, Veryl Larsen. Several poems in Larsen’s book feature fathers, inviting readers to ponder the subject.

When Larsen’s poems introduce characters as “my son” or “my daughter,” it is more than mere identification. It is unlikely that the role played by a son or daughter in a poem could have just as well been written for an arbitrary character. The relationship of fathers to children is the essence of or at least a key to appreciating the poems. I leave to readers to draw their own conclusions about the functions of and insights into fatherhood in Backyard Alchemy, but here, through a few poems, are some initial observations and answers to the question posed by Larsen: “What is a father?” (31).

A father is a human being who serves his children despite his failings. “Self-portrait, with Fly Rod and Falling Snow” tells the story of a father who in an angry moment hurls his daughter’s doll from the window because, as he describes it, “my daughter / wanted to break both my arms / and never again make her bed in this world.” After the angry display of human frailty provoked by a child, the speaker-father finds himself in the duty-driven absurdist position of standing on the “icy roof” in “cobwebbed galoshes” using his own father’s fishing pole in an attempt to hook the doll out of the tree she landed in. The poem is at once pathos, humor, and cosmic insight as it concludes, “Dolls copy the fears we feed them. / Snow copies what swirls in our heads. / Fathers on roofs copy stern gods hoping to be loved” (8–9).

A father is a male who gives away part of his vitality so that his children might flourish. In Elizabethan thought, a male lost a fraction of his vitality whenever he procreated. This concept informs a reading of “Bestiary for Half-lost Humans,” in which the speaker begins by comparing himself to an amaryllis: “To keep your amaryllis blooming, pluck the stamens / out, the almanac suggests. So much for lily ardor, / so much for making a natural navidad of every hour.” This poem suggests that a responsible father sacrifices his strength by giving life, empowers his child to blossom, and remains to nurture her as she grows. But with his loss of vitality comes a subtle compensation:

If I wander here below, and if I climb
the stairs into a simpler dark, and if my sleeping

daughter, oracle of chuff and sigh, turns to the moon
why not sway in her exhalations on my one good stem? (21)

A father is a rough character who frightens and compels. “Elegy, with Dental Bridge” is a portrait of an ornery and ominous father removing and brushing his dental bridge in the early morning. The poem is by no means lyric as it begins “Make it an ungodly hour of bruised blue, house / still creaky with nightmares” and introduces the father as groggy “like the bear he resembled, a shaggy calypso / bubbling from his mouth, a cheerful rage / against aging, mortgages, and Tricky Dick Nixon.” The speaker further recounts watching his father remove and clean the bridge: “With a ratty toothbrush he attacked / those hairline cracks, scrubbing like a zephyr” and completes the scene with the father reinserting the bridge: “Taking a step back and tilting his head for focus, / he’d bite bite bite the air, three glorious times / like Cerberus tasting the breeze for his next meal.” This forbidding father also compels; the speaker recalls: “I couldn’t look, / couldn’t look away. He held his tragic flaw / in his palm” (41). Fathers can be alarmingly human and even grotesque, but they remain the fathers of their children who, knowing no other parental reality, look to them. These images of fathers remain with their sons and daughters forever as the images have with the speaker of “Elegy.”

A father is an observer who learns from—or at least questions— brief moments with his children as to where he stands in the universe. Various poems in Backyard Alchemy illuminate seemingly quotidian father-child moments to reveal their larger significance. In “Apprentice” (with its possible allusions to the Star Wars epic), a father plays rock-paper-scissors with a daughter who “shrugs off / each win, but losing, offers up her hand for punishment” and at the critical moment of the poem pulls a surprise move that turns a simple game into a serious, seismic moment of self-questioning for the father:

I choose paper. She chooses—no,
she lifts her hands, as if channeling electricity, fingers

writhing, fingers kissing the space between her eyes
and mine. Fire, she says with five dirty flames at the end

of each wrist. What is a father? At what temperature
do rules melt? Even the rain at the window burns. (31)

“Sit-ups with Mr. Johnny Keats” is a travel experience in which a father, staying in Hampstead, England, with his daughter, anchors her feet and compares Keats’s epic life and people’s romancing of it to helping his daughter through her mundane but arduous exercises, “willing her success / in the unwinnable race—forehead to knees, elbows / to cosmos, cradled head chasing the glorious banging heart” (61). This event shows a father putting his daughter’s life and interests—and his hand in them—in a context that reverences them.

Finally, the prose-poem “On Kissing Sleeping Children” extends the wonders and angst of fatherhood to anyone who has kissed a sleeping child: “You are kissing what you have already lost, a country offering no visa. . . . When you kiss children you taste again their sage nonsense—hiccups make your birthday come faster—long enough to believe in your own” (43). With Larsen’s poetic insight, even the small, common interaction of an adult kissing a child multiplies meanings.

As the title suggests, Backyard Alchemy is not only a collection of poems about fatherhood, but is a collection of eclectic curiosities. Poems explore electricity, ashes, snakes, hermit crabs, bats, and pigs, relating these subjects not only to the whimsy of nature but to deep reflections on faith and doubt, hope and love, and what it means to be human. Notably, Larsen also presumes to write outright about religious matters ranging from God to the sons of perdition. I appreciate him taking this aesthetic and philosophical risk and for doing it so satisfyingly, even as I appreciate the intellectual, poetic exploration of fatherhood with its angst and power. Larsen has sired some fine poetry and leaves readers desiring more of the same.

Casualene Meyer holds a PhD from the University of Southern Mississippi (1996). She serves as poetry editor for BYU Studies. 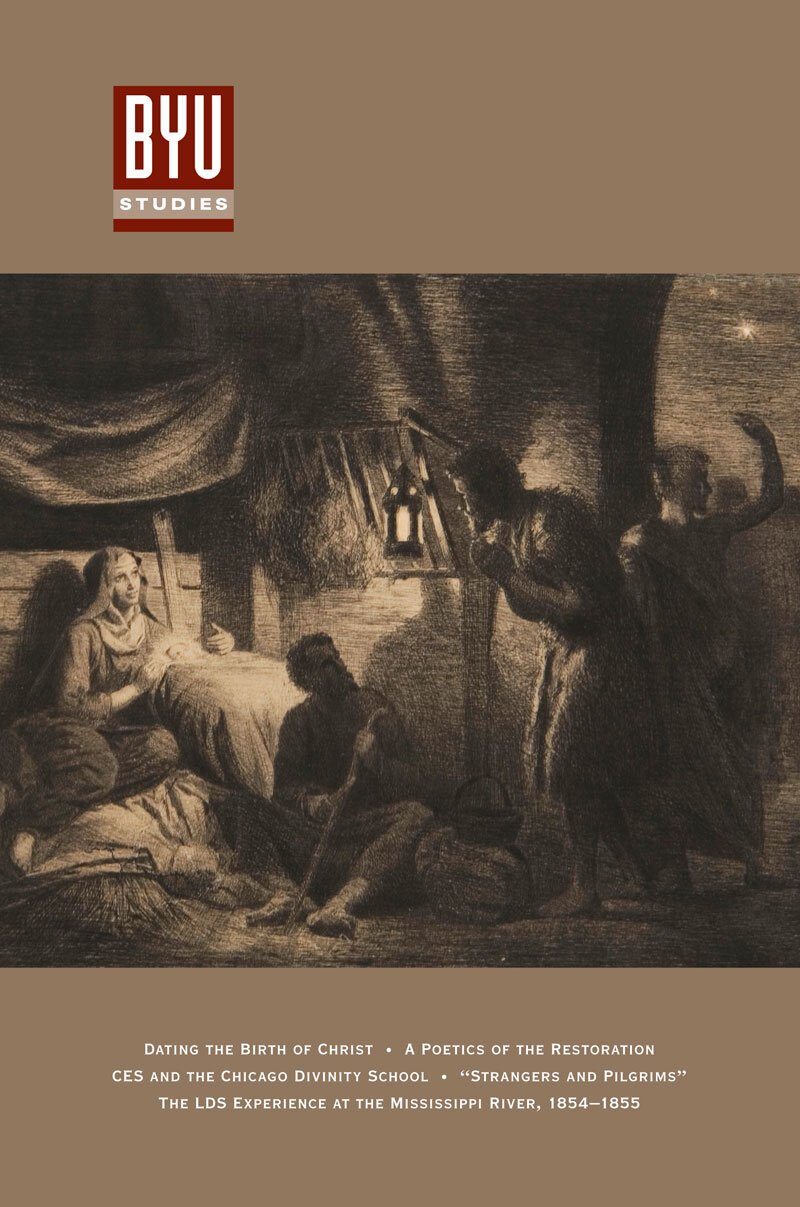