Beet Sugar in the West

From studies of economic pioneering on the Mormon frontier to a history of the sugar beet industry, mostly in the twentieth century, is not so large a leap as might at first appear. Professor Arrington, who established a considerable reputation in the first area before moving to studies of more recent economic developments in the Rocky Mountain West, shows the LDS Church to have been a moving force in the sugar beet industry from the establishment of the first successful intermountain processing plant at Lehi, Utah, in 1891.

Beet Sugar in the West is more than a company history, and less. On balance, this appears a gain. One interested in a detailed review of the Utah-Idaho Sugar Company in terms of administrative organization, personnel, and procedures will not find it in this book, though many key people are mentioned, methods and problems of capital acquisition are reviewed, and aspects of sugar technology, company relations with beet growers, agricultural and mechanical research affecting the industry, and the vicissitudes of the sugar market are explored. If “West” in the title be defined as the area between the Rockies and the Sierras, then the book’s title is a better indication of its scope than the subtitle: a broad and useful survey of the beet sugar story, from seed production and nematode fighting to tariffs and government policies is arranged around U and I as the institutional center.

Although the book is short (only 173 pages of text, plus appendices), Arrington brings in enlivening details, like the five Satakes, Japanese internees at Delta, Utah, who thinned 131 acres of beets in the spring of 1942, a statistic to produce groans of admiration from any with childhood memories of endless hours in the fields. The drama in the fight against “blight” and in the company’s fight against bankruptcy in the post–World War I price collapse (from 23.57 cents in 1920 to 1.81 cents in 1921) is suggested. In connection with the latter crisis, the energetic courtship of War Finance Corporation loans by Senator Reed Smoot and LDS President Heber J. Grant illustrates that, historically, the Mormon attitude toward governmental aid programs has been ambivalent.

The book is well illustrated with photographs and maps, and the extensive appendices include the officers and directors of the Utah-Idaho Sugar Company and its predecessors, brief histories of all the factories owned and operated by the company and its predecessors, and tables of U and I price and production data. Balance sheets, stock and bond quotations, profit and loss statements, and a historical record of earnings are not provided.

Beet Sugar in the West is a well-written and informative treatment of its theme, useful for reference as well as for its contribution to regional, economic, and business history. 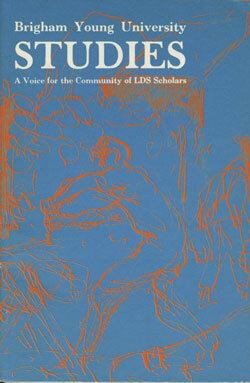 Next:
The Mantle of the Prophet and Other Plays