The Book of Mormon Reference Companion strives to do for the Book of Mormon what generations of encyclopedic Bible dictionaries have done for the Bible. The work of eight editors (including a graphics editor who has assembled hundreds of fine color pictures) has led to an attractive tome of over nine hundred entries by over one hundred contributors on the “peoples, places, doctrines, books, historical topics, general topics of interest, and important words and phrases in the text” (xi).

This volume will serve as a ready reference for personal scripture study as well as a handy resource for answers to academic questions about the Book of Mormon. Some past guides to the Book of Mormon have emphasized devotional topics, leaving those searching for rich scholarly context wanting more; others have been thick on scholarship but thin on aids to gaining inspiration through scripture study. Drawing on the efforts of top CES educators as well as the work of FARMS and BYU scholars, the Book of Mormon Reference Companion offers something for everyone, and the volume succeeds as both a devotional aid and as scholarly reference work.

Numerous esoteric tidbits such as the medical implications of Shiz’s rising up after decapitation (722) and explanations of such commonly read—but sometimes not fully understood—Book of Mormon figures of speech such as “hiss and a by word” (332–33) will delight the curious reader, as will more weighty topics such as the Book of Mormon doctrine of repentance (676–78) and an examination of Chief Judge Pahoran’s example of how to deal with false accusation in a Christlike manner (626–27).

In case you were wondering what the difference between “dregs” and “dross” is, see the particularly handy appendix of definitions from Webster’s 1828 American Dictionary of the English Language (829–35). This reference shows how the first readers of the Book of Mormon were likely to have understood words whose meanings may have changed or become unfamiliar to us today.

However, not all of the volume’s entries reflect the latest scholarship. For example, the work by Latter-day Saints in the late 1990s on Stela 5 suggests that its connection to the Book of Mormon is tenuous. One of its significant figures, for example, is a female “holding a serrated spine from a stingray which she is using to jab a hole in her tongue to extract blood for an offering to the gods” (Journal of Book of Mormon Studies 8, no. 1 [1999]: 28). It is difficult to imagine a connection between this representation and anything in Lehi’s dream.

Generally, the editors preferred breadth and comprehensive coverage of topics over exhaustive treatment of any particular issue, but most entries have ample bibliographies for readers wanting to know more. While future work will continue to enhance our reading of the Book of Mormon, it seems likely that the Book of Mormon Reference Companion will become a regular first stop for reference information on many topics related to the Book of Mormon. 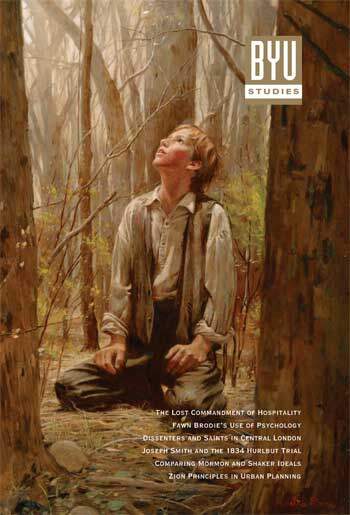 BYU Studies Quarterly 44:1
Next:
Voices from the Dust