Camp Floyd and the Mormons: The Utah War

What to do? A respected colleague dies, leaving an important but unfinished manuscript. Gene Sessions, Professor of History at Weber State University, answered that question by sorting through almost a dozen drafts of a book-length manuscript left by his friend Don Moorman and bringing them to publication.

Moorman was a fixture at several Utah archives before his death in 1980. A transplanted Illinoisan who had found the ways and history of new friends in Utah to be compelling, Moorman first hoped to write a Brigham Young biography. For almost two decades he worked. His hard labor put together one of the finest collections of Brigham Young material now available for research, currently housed at Weber State University where he ended his teaching career.

Somewhere along the way, Moorman became diverted from his first task. Instead of biography, he resolved to tell the story of the Utah Expedition—the U.S. Army force that came West in 1857 to quell the so-called “Mormon Rebellion” and then stayed three years to “keep the peace.” Establishing Camp Floyd in Rush Valley, thirty-five miles northwest of Provo, the two thousand or more dragoons, infantrymen, auxiliaries, and camp followers had a short but remarkable effect on Utah development. In 1861 the Civil War summoned the army back East.

“Keeping the peace” meant keeping the Mormons at bay. It had little to do with domestic tranquillity, as Moorman’s colorful anecdotes constantly remind the reader. A third of the manuscript’s sixteen chapters are devoted to the raucous turmoil that the army brought to Utah—either at Camp Floyd itself, in nearby Fairfield, Utah, or at the very center of the Saints’ Zion, Great Salt Lake City, itself. There, the social change was so manifest (and unfortunate) that President Brigham Young contemptuously renamed Main Street “Whiskey Street” and for many years refused to walk down its sidewalks. More than drinking, the neighborhood had gaming, prostitution, robberies, and more than an occasional homicide.

Moorman might have broadened his title to include the army’s work on the overland trail. Five chapters deal with the role of the dragoons in Great Basin trail-making or with their attempts to defend the California road from Paiute and Shoshoni raiders, who were, it seems, abetted by white ruffians. At first these impoverished west-desert Indians, whom travelers derisively called root “Diggers,” were badly mistreated by some of the California emigrants. But by the late 1850s, the natives had learned enough of the white man’s ways to give almost as much as they got and often had the California road in tumult.

Moorman provides several counterpoints to these larger themes, and each of the secondary topics probably deserves more extended treatment than they receive. There are chapters on the contest between Mormon leaders and federal territorial appointees, when Associate Judge John C. Cradlebaugh and his civil and military friends tried to wrest control of the territory from the Mormons. We are also briefly told about the considerable impact of the gentile “invasion” on the region’s economy. Finally, Moorman tells of that awful catastrophe which present-day Mormons neatly sanitize with the brief caption, the “tragedy of Mountain Meadows.” It was, of course, far, far more than that.

Here is enough for a gripping book, and no doubt it is its very theatrical quality that led Moorman to the topic. He likes a good story. He piles colorful anecdote upon anecdote, scene upon scene, and in the process adds much new information, particularly to an understanding of the Mountain Meadows killings. In the future, anyone interested in the themes of the book would do well to consult it. Its freshness argues in its favor.

But he or she must be careful. This is wheat and chaff history. Wheat may predominate, but it is often found in loose kernels, lacking the smoothness of a refined and integrated narrative. Chapters, passages, and even paragraphs are often episodic. Synthesis and interpretation are thin. And the style—well, this is always a matter of personal taste. My view is that Moorman’s writing is much overdone, striving too often for effect or frequently reaching for the right word but not quite finding it. A couple of chapters into the text some readers will wonder if Moorman ever met a noun that he didn’t wish to modify—or a verb that he didn’t try to intensify.

Historians have done much with the “Utah Expedition.” There are perhaps three or four score theses, articles, and books that deal wholly or partly with the topic, but most of these Moorman has chosen to set aside in favor of primary sources. Such an approach has advantages, but in Moorman’s case it limits his ability to reach a synthesis—to provide an understanding of what all the incidents and events of his narrative mean. This tendency is made more acute by the failure to use the secondary literature of the past decade or two, after Moorman stopped his research and began writing.

The book, then, is much as Moorman left it—a manuscript awaiting the painful but necessary molding into a final draft. Gone Sessions, who prepared the text for publication, seems aware of the resulting deficiencies but justifies the lack of remedial labor on the grounds of personal loyalty. “Don was an intensely proud scholar who would have been unhappy with any distortion of his work,” Sessions writes. “Our loyalty to him served as a constant sentinel as we undertook the privilege of ‘finishing’ his book” (xv).

Perhaps. On the other hand, all scholars accept the need for revising, and even the best writers understand the difference between overwriting and good writing, which often requires just another draft, perhaps with the help of a fine editor. Nor would most scholars willingly deny themselves the benefit of the views and findings of the last twenty years’ work on a topic.

A critic’s job is not to carp about what might have been, but to judge the product for what it tries to be. Given this reminder, Moorman’s book may be praised for its contribution as a posthumous and unfinished publication. It enlightens. Its judgments are often astute and almost unvaryingly balanced. It is often an enjoyable “read.” We learn. We are the better for having it. 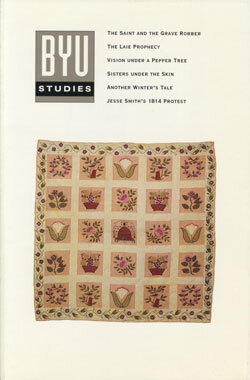