George Yancey, a professor of sociology at the University of North Texas, has focused his research on racial and ethnic bias. His recent books include Interracial Families: Current Concepts and Controversies and Interracial Contact and Social Change. Yancey’s newest study in Compromising Scholarship documents the bias of university faculty against members of various groups. Professor Yancey, aware that scientists, just like other Americans, are hesitant to reveal any prejudice or bias, focused his study on “collegiality” in an attempt to distract respondents from the research interest in bias. Yancey conducted his study via Internet survey and blog analyses in the fall of 2008. The survey questioned samples of faculty members in social science, physical science, and humanities departments about their preference for hiring members of twenty-seven different political, religious, sexual, and social groups.

The results make a unique contribution to the bias literature, as the survey data confirm both public suspicion and speculation found in previous studies and anecdotal stories: that university professors in general are somewhat liberal and try to exclude members of conservative religious denominations and conservative political and social groups from joining their university (57). This book will likely appeal most to those who are concerned about the influence that liberal teachers in higher education have on the minds of students. Of particular interest to Latter-day Saint readers is the bias that was expressed against potential colleagues belonging to The Church of Jesus Christ of Latter-day Saints.

Interestingly, Yancey deviates from the focus of the book when he identifies Latter-day Saints as perpetrators of bias as well as its victim. He recounts a story of a colleague who applied for a university position in an area where Mormonism was the dominant religion. During a social function, LDS faculty asked the job candidate if she would like some tea or coffee. “Since Mormons are not allowed to drink caffeine, the question of beverage choice suggested that members of the search team were interested in whether or not she was a Mormon,” (77) the implication being that a non-LDS candidate would be viewed unfavorably.

The initial study obtained information with an Internet survey of a sample of 1,500 members of the American Sociological Association. Later, samples of 500–750 academics were selected from professional lists of anthropology, philosophy, history, political science, physics and astronomy, experimental biology, and language faculty. Data collection required a working email address, and some individuals in the samples had to be replaced because they did not have one. This replacement may have introduced some bias, as it likely replaced older more conservative faculty with younger more liberal ones.

The email survey was posted twice to respondents in an effort to maximize the response rate. The survey asked seven questions and probed the respondent’s feelings about what personal traits contributed to collegiality and how academic departments could enhance it among colleagues. The all-important bias question asked the respondent, “Assume that your facility is hiring a new professor. Below is a list of possible characteristics of this new hire. . . . Please rate your attitude on a scale in which 1 indicates that the characteristic greatly damages your support to hire a candidate . . . and 7 indicates that the characteristic greatly enhances your support to hire the candidate” (220). The twenty-seven groups or characteristics questioned about in the survey included political groups such as Democrat, Republican, and Libertarian; sexual groups including heterosexual, homosexual, and transgendered; religious groups such as atheist, Evangelical Protestant, Mormon, and Muslim; and lifestyle groups including the National Rifle Association, vegetarian, and those in a cohabiting relationship. Finally, the questionnaire asked the participants nine demographic items about themselves, including their age, sex, type of institution, and academic specialties.

Most of the statistical analysis was done by calculating the mean value on the hiring preference seven-point scale for each of the twenty-seven different groups asked about. A mean score of 3.5 and higher signified a low level of bias while a score lower than 3.5 was evidence of such negative feelings. In addition, the means were calculated while controlling for factors such as sex, age, and type of institution in which the respondent worked. The book is filled with numerous tables, charts, and figures searching for bias. The sheer number of tables and figures at times causes some confusion, as rather minute differences are discussed in detail. Most of the differences in mean bias scores between the different groups were statistically significant but rather modest. For example, the most favorable score of 4.41 was given to hiring a Democrat, while the most biased score of 3.21 was assigned to hiring a member of a fundamentalist religion (61). It would have helped the reader to follow the unpacking of the data if Yancey had reverse-coded the data so that a high score indicated bias; it was confusing at times to have a low score reveal high bias.

The sociologists’ blogs were a source of qualitative insights into biased attitudes and feelings. Search engines identified several blogging sociologists, and then these blogs were searched for links to others. This snowball sampling identified forty-two blogs, which were searched for twenty postings, if possible, to demonstrate consistency in the feelings expressed.

The reader will be impressed with Professor Yancey’s tenacity in his search for bias among academics. He examined the data from a variety of different perspectives. Those interested in evidence of a liberal bias among academics against conservative political parties, religious groups, and social groups will find much in this book to interest them.

A couple of cautions should be raised when examining this work. First, educated scientists are leery of appearing to be prejudiced or biased. Their motivation for social desirability is as strong, if not more so, than that among the general public. Thus there is some doubt as to whether the “rubric of collegiality” actually disguised the purpose of the study from the respondents. Second, the very low response rates are troublesome. Social scientists conducting surveys strive for a 70 percent response rate, but frequently are forced to settle for something in the 60s. Response rates below 30 percent cast serious doubt about generalizing the findings obtained from the respondents to the larger populations of scientists. The author discusses the low response rates and attempts to minimize their impact on his findings. He claims that scientists were too busy to complete the brief questionnaire, and this reduced the response rate (203–8). In spite of such arguments, strong concerns about generalizability linger.

One final limitation of the blog study is that the majority of the blogs were posted during the run-up to the 2008 presidential election, during which time there was considerable venting against the Bush administration. The anti-Bush brush may have tainted conservative political and religious groups as well as created bias that no longer exists.

Yancey himself best summarizes the study reported in his book: “I have substantiated the reality that religious and political conservatives face a level of rejection that other social groups do not experience in academia” (181). 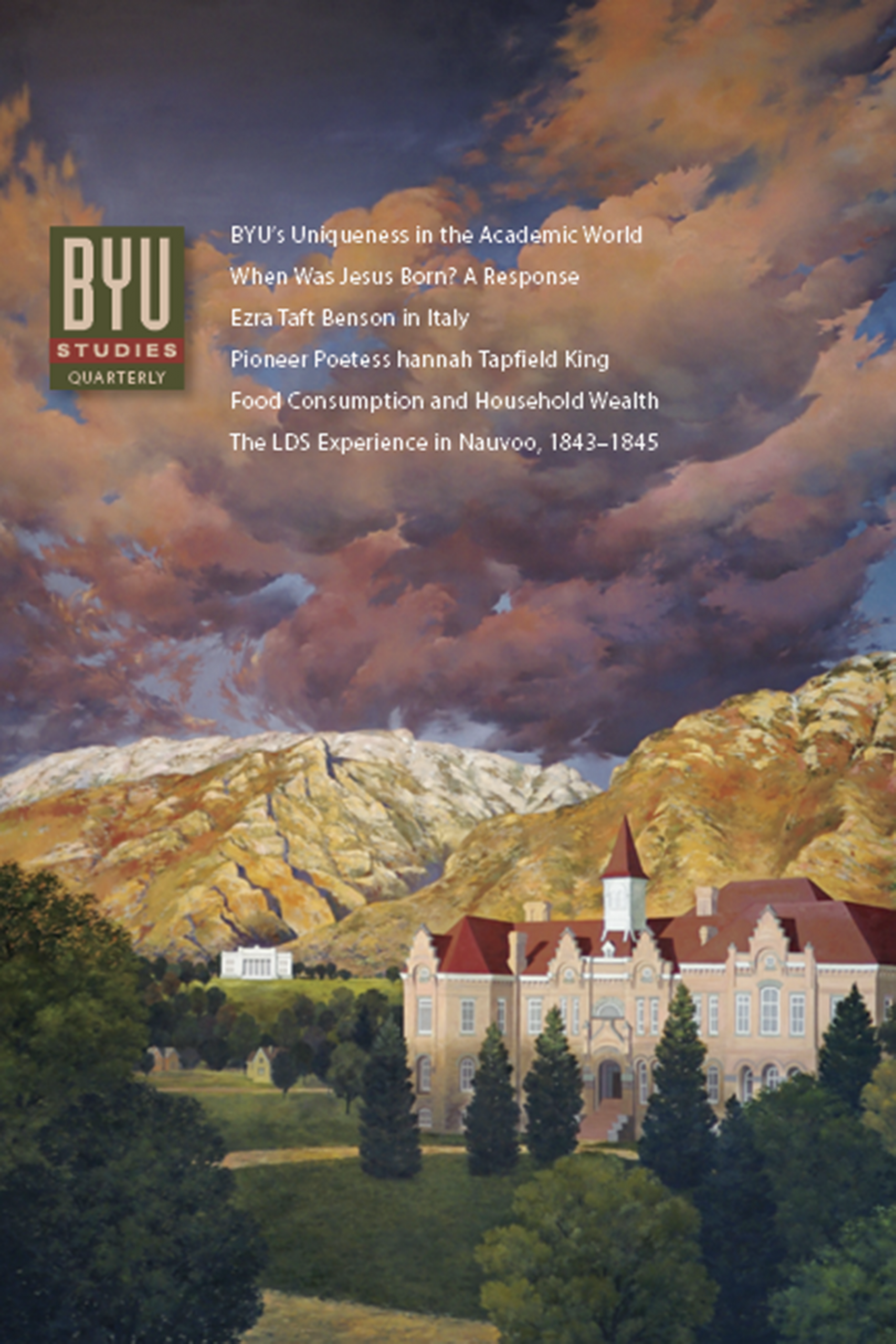 Bruce A. Chadwick is Emeritus Professor of Sociology at Brigham Young University. He received his PhD from Washington University in St. Louis and is coeditor of the publication Statistical Handbook on the American Family (Oryx Press).