Evangelicals and Politics in Asia, Africa, and Latin America

Paul Freston, who teaches sociology at the Federal University of São Carlos in Brazil, is an acknowledged expert in the field of Pentecostalism in Brazil and Latin America. His book Evangelicals and Politics in Asia, Africa and Latin America aims to be a pioneering “comparative study of the political dimensions of the new mass Protestantism of sub-Saharan Africa, Latin America and parts of Asia” (1). It contains cases from no less than twenty-seven countries on three continents and reviews literature in four languages. Unavoidably, however, as the author himself notes (281), the cases are rather unbalanced, depending on the available literature and sometimes on personal fieldwork on location. Freston’s key case is Brazil. “Brazil, as the major Third World democracy with a significant evangelical presence, and the second largest evangelical community in the world, could be a guide to what will happen if conditions are favourable [for evangelical political involvement] in some Latin American and African countries” (320). For Latter-day Saints interested in the growth and development of The Church of Jesus Christ of Latter-day Saints in Latin America, this book raises important issues about the relationship between church and society.

In only thirty years, the Protestant population in Latin America has gone up from 4.4 percent in 1970 to almost 10 percent in 2000.1 Almost all of this growth can be attributed to Pentecostalism, which in countries like Guatemala and Nicaragua currently makes up over three-quarters of the Protestant community.2 Starting in the 1970s, competition was strongest between the Roman Catholic Church on one side and the Protestant churches on the other side. Since the 1980s and especially the 1990s, however, religious competition between the various Protestant churches has increased, most notably among the heterogeneous Pentecostal churches and also among the independent Christian traditions, like the Jehovah’s Witnesses and the Latter-day Saints (60–61). My earlier research shows that Latter-day Saint growth in Guatemala started in the mid-1980s, right after the Protestant boom of 1976–83, and culminated in 1988–90. Not surprisingly, Protestant hostility (for example, an occasional stone hurled at missionaries and hate mail) toward Latter-day Saints in Guatemala City also increased after 1985.3

The Latter-day Saint Church stays clear of politics in Latin America and does not actively encourage or discourage its members to run for office. As a result, no Latter-day Saint has gained prominence as an elected politician in any Latin American country. By contrast, Freston documents more than twenty political parties that were founded by evangelical Protestant leaders in Spanish-speaking Latin America (285). Some parties are devoted to human rights and democracy, but most are stuck in (1) a form of church corporatism, aimed at acquiring state funds; (2) a political imitation of the dominant religious actor (the Catholic Church or Islam); or (3) a triumphalism, which presupposes the divine right of Pentecostal believers to govern nations (two examples of leaders of such parties are General Ríos Montt, pp. 267–73; and President Jorge Serrano, pp. 273–76, in Guatemala).

Freston analyzes the dangers that are inherent in each of the three attitudes described above (306–8). Church corporatism is based on having a large membership, which is often mobilized with undemocratic methods. Triumphalism, on the other hand, has no real political program and is usually strongly personalist. Freston claims that triumphalism lacks the mechanisms to control power and, hence, that the risks of power abuse and corruption are great. Imitating the dominant religious actor provides no starting points at all for building up genuinely evangelical forms of political participation.

According to Freston, the attitude toward the state will determine the future of evangelical political activities in the south. He notes that rejecting political participation is an easy way out, as long as power is simply out of reach (307–18). The idea of the evangelical nation, “the church . . . at the centre of society” (308), is impossible as long as the evangelical community is so divided. Even in Guatemala, for instance, the evangelical community is limited to a quarter of the total population (265). According to Freston, the future of evangelical political participation in the third world lies in reflecting on “principled pluralism, of religious freedom in a non-confessional state” (308). Freston points out what he sees as the dangers of mass manipulation by charismatic leaders such as Serrano in Guatemala or the rise of dominant evangelical churches, such as the Universal Church of the Kingdom of God in Brazil.

Will the evangelical churches find their own niche in the building of a national identity in third-world countries? Will evangelicalism be able to help construct new identities and smooth out existing ethnic differences? Freston is optimistic: “Evangelicalism can be seen, in fact, as ‘globalisation from below.’ . . . [The] pietistic reconception of calling led to mission and the globalisation of voluntaristic Christianity” (315). The Pentecostal movement originated in the United States, from the bottom of society (the poor, blacks, and women).

“It is precisely this counter-establishment Western Christianity that has become the most globalised,” Freston asserts (315). That remains to be seen. There are two fundamental questions to answer before accepting this statement. First, is Pentecostalism still an antiestablishment countermovement? There are certainly signs of church formation and further institutionalization, which according to Troeltsch and Niebuhr4 will ease tension with society. Second, is it true that especially the antiestablishment Pentecostal churches are still growing in the world? There are no clear data on this. Freston poses the interesting question of whether third-world evangelicalism may play a part in the future “in opposing existing market-driven globalisation,” like Muslim fundamentalism appears to be doing already. Freston seems to hope it will but without forsaking the Christian, Western “tradition of democracy and human rights” (315).

Meanwhile, Latter-day Saints all over Latin America run the risk of being left out of the political process. Because The Church of Jesus Christ of Latter-day Saints values its freedom to proselytize in Latin America, it stays out of national politics on the continent. Latter-day Saint Church leaders call upon members to develop themselves and their families both spiritually and economically. This strategy certainly strengthens Latter-day Saint households in Latin America and often helps them to achieve a better economic and social position.5 History shows that as groups improve their economic position, they will become more prominent in public life. But the Latter-day Saint Church, unlike many evangelical churches mentioned by Freston, does not push its members into politics, ideological movements, personal networks, or non-governmental organizations. Because the Church stresses activity in church over involvement in society, Latter-day Saints might find that as they get drawn more into society, they are pulled away from the Church.

Readers of Evangelicals and Politics may, at times, get lost in the long lists of names of evangelical churches, movements, organizations, political parties, and church leaders—especially in the extended cases, such as Brazil. The section on Brazil contains references to intriguing developments, which are not explained further (such as the preventive detention of the leader of the Universal Church of the Kingdom of God in 1992, p. 18). The sources are usually clearly stated, but sometimes they are missing. For example, the Protestant proportions of the Latin American populations (194) and some bold statements, such as “the expansion of evangelicalism ([is] at the expense largely of nominal Catholicism) in Latin America” (4), are not backed up with literature references. Although Freston masters his subject, providing more sources would have strengthened his argument. 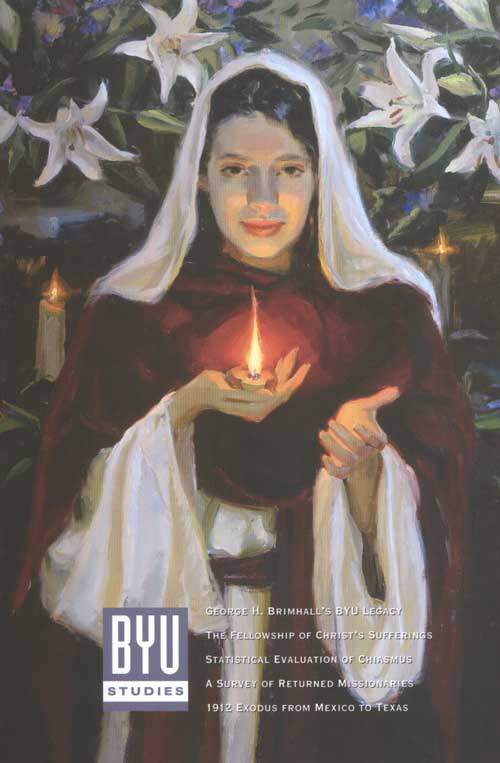 BYU Studies Quarterly 43:2
Next:
An Insider’s View of Mormon Origins

Henri Gooren received a PhD in cultural anthropology from Utrecht University in The Netherlands.

5. Gooren, Rich among the Poor.