Evidence for a New Testament Miracle

Mark 8:22–26 records Jesus’ healing of a blind man at Bethsaida. When the villagers brought the man to Jesus, Jesus took him outside the town, spit on the man’s eyes, laid his hands on him, and asked him if he could see anything. The man answered, “I see men as trees, walking.” Jesus then put his hands on the man’s eyes again and made him look up, and with that the man could see clearly and normally. Jesus sent the man home, instructing him not to tell anyone back in the town. This account contains several remarkable details and raises interesting questions.

First, and most extraordinary, is the line “I see men as trees, walking.” What are we to make of this sole statement made by the blind man? Interestingly, it is scientifically sound. Similar occurrences have resulted in strikingly similar descriptions of partially restored sight. Modern ophthalmology has learned that when eyesight is restored to people who have been blind for an extended amount of time, those people must relearn to assemble the data in order for their brain to make sense of it all. It takes time for the brain to get used to processing visual data. Thus a tree or a man at first does not look like a single, integrated unit, but only like a set of disjointed parts, merging together.

A recent book by Oliver Sacks reports a case study of a man named Virgil, who seems to have had just this experience.1 In Virgil’s case, when the bandages first came off after surgery, he could see colors and movements, but “he lacked a coherent visual field, . . . and it was almost impossible for the eye to fixate on targets; it kept losing them, making random searching movements, finding them, then losing them again.”2 Three days after the surgery, Virgil and his wife went to the grocery store. Seeing so many images—packages, people, signs, and shopping carts—even became frightening because “‘everything ran together.’”3 He left the store to escape the confusion.

Reviewer Keith Mano picks up on Sacks’s points and suggests that the Gospel of Mark may miraculously describe a true scientific phenomenon common to new seers in general.4 Mano suggests that Mark 8:25 offers us “a clinical description”5 of eyesight being restored. It would have been normal for the two perceptions of men walking and trees standing by the wayside to blur together at first in the unadapted mind of the man from Bethsaida: “A newly healed blind man has neither depth perception nor the ability to synthesize shape and form.”6 Thus, everything would appear confused and mixed. Seeing this, Mano claims that Mark 8 describes “a miracle that depends on science for its proof, that cannot be understood except by adducing modern medical data—quite unknown in 30 A.D.—as evidence.”7

Second, this healing occurred in two stages, and one may wonder why. Each of Jesus’ miracles was unique. Some were instantaneously complete. When a deaf-mute was healed in Mark 7:34–35, “straightway his ears were opened.” Likewise, the healing of the blind and faithful Bartimaeus was complete and direct: “immediately he received his sight” (Mark 10:52). Other healings, however, took time or proceeded in stages. The ten lepers, only one of whom returned to thank Jesus (let alone had enough faith to follow Jesus), were not healed immediately but in time, as they walked to do as Jesus had instructed (see Luke 17:11–19).

The blind man at Bethsaida was healed first physiologically (his eyes began sending sensory impulses), but he had not yet been healed neuropsychologically (his brain did not yet know how to make sense of data). Was this delay due to incomplete faith at first on the part of the one being healed, or were there other factors? Elder McConkie suggests several possibilities: “Not [all healings] happen instantaneously; the prophetic fingers do not always snap and cause a prostrate sufferer to leap from his pallet as though by magic. . . . A suffering soul may be tested to the full before hearing the blessed words: ‘Be it unto thee according to thy faith.’ It is no less a miracle when shattered bones weld themselves together gradually than when they reform in an instant.”8 In fact, Mark says nothing to indicate that the blind man at Bethsaida was initially very faithful, and it was the people of the town who took him out to Jesus. Were the people of Bethsaida testing Jesus when they brought this blind man to him? Indeed, on another occasion, Jesus cursed the village of Bethsaida for its unfaithfulness (see Luke 10:13). Be that as it may, in this case “Jesus began a series of acts, each of which was designed to increase the faith in the heart of the sightless one,” leading to his complete healing.9

Interestingly, the account in Mark 8 differs on this very point from the Mark 10 account of Christ healing the blind Bartimaeus. As Bartimaeus sat begging by the road, he heard that Christ was passing by and cried out, “Jesus, thou Son of David, have mercy on me” (Mark 10:47). Others told him to be quiet, but Jesus called Bartimaeus to him and asked what he wanted. Bartimaeus replied, “Lord, that I might receive my sight.” This blessing was exactly the same as that petitioned of Christ for the blind man of Bethsaida, but Christ did not say to that man, “Go thy way; thy faith hath made thee whole,” as he said to Bartimaeus; nor was it said of the man of Bethsaida that “immediately he received his sight, and followed Jesus in the way,” as did Bartimaeus (Mark 10:52). How are these differences to be explained? Perhaps the circumstances required Jesus to heal the man of Bethsaida in a way that would signal to that unbelieving village that greater faith was needed to avoid a fate less tolerable than that of Sodom, Tyre, or Sidon (see Luke 10:12, 14). 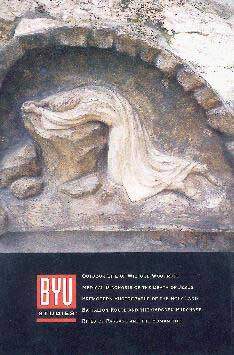