From Acorn to Oak Tree

The tradition of honoring prominent religious figures with ecclesiastical or popular sainthood is an integral element of Catholic Latin America. Though the Mormon church does not canonize mortals, there are Mormon men and women in Latin America honored with a kind of respect and appreciation generally reserved for saints. Most commonly they are early members and missionaries who made exceptional sacrifices for the establishment and expansion of Mormonism. One such couple is Frederick S. and Corraine Williams. It is appropriate that Frederick, now in his mid eighties, has published, with the assistance of his son, a personal history of his involvement in the first twenty-five years of the Mormon church in South America.

Williams was one of the first missionaries sent to the newly opened South American Mission headquartered in Buenos Aires, Argentina, and served from 1925–29 under Reinhold Stoof, the young and dynamic mission president. As a missionary, Williams saw the Church grow slowly but methodically during those early years as it switched from having a majority of German-speaking members to having a majority of Spanish- and Italian-speaking members.

After coming home to Arizona, getting married, and working, he returned at the age of thirty as the second president of the Argentine Mission (1938–42). During this time the mission was adversely affected by the realities of pre–World War II Argentina that for the Church included visa difficulties, conflicts with German-speaking members, and occasional police interference in Church activities.

Returning to the United States, Williams worked for the U.S. State Department in the Division of Health and Sanitations in Venezuela and Uruguay. At the age of thirty-nine, he again served the Church as the first president of the Uruguay Mission (1947–51). It was in this delightful South American country that Williams influenced the development of a somewhat different South American church, one that saw rapid growth and baptisms of members from a higher social class. The growth and development under his and others’ leadership was so significant that in the late 1950s, Uruguay became the administrative center of the Church in South America. After his release Williams worked in Peru and was instrumental in opening the Pacific nations of South America to Mormon missionaries.

This volume fits in the long and excellent Latin American tradition of the private publication of personal memoirs. As such the authors made the determination of what to include and not an editor whose primary interest is often the marketability of the volume. In it are delightful descriptions of missionary life and member activity, copies of family letters, and quotes from personal blessings. The authors do provide a limited historical and cultural background of Latin America that sets the Church’s evolution in the context of the environment in which it developed. The book, however, is primarily a personal memoir of Williams’s experiences in South America; consequently, important events in the history of the Church are discussed only if the Williamses were involved. The appendix includes valuable lists of converts and missionaries along with biographical descriptions of early missionaries, members, and presidents. Unfortunately the book includes several typographical and editorial errors that detract from the flow of the story.

The authors have provided the Church with an important document of twentieth-century history. Not only is it a discussion of an interesting but neglected area of Church history, but the Williams’s have also provided future historians with invaluable source materials for future research. Furthermore, the book will assist in understanding current issues faced by the Mormon church in Latin America such as political problems, leadership development, and cultural conflicts. 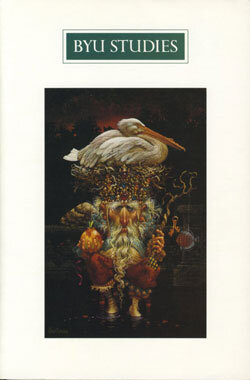