Gay Rights and the Mormon Church

When valedictorian Matt Easton spoke to his graduating classmates in the College of Family, Home, and Social Sciences at Brigham Young University in April 2019 and pronounced himself “proud to be a gay son of God,”1 it was notable—not for the frank self-identification, nor because college administration had preapproved the speech. Rather, what was remarkable was the instant, energetic, and sustained cheers and applause from the large Marriott Center audience.

Dr. Gregory A. Prince’s new book, Gay Rights and the Mormon Church: Intended Actions, Unintended Consequences, arrives at a moment when acceptance of those who identify as lesbian, gay, bisexual, transgender, queer, asexual, or intersex has reached a tipping point among members of The Church of Jesus Christ of Latter-day Saints. Jana Riess recently reported on Latter-day Saint attitudes toward homosexuality, based on data from the Next Mormon Survey (NMS) and from the Pew Research Center that was published in her book The Next Mormons: How Millennials are Changing the LDS Church. In that book, she explains, “The NMS asked whether respondents believed ‘homosexuality should be accepted by society’ or ‘homosexuality should be discouraged by society.’ The Pew Research Center asked these questions in 2007 and 2014. . . . Overall, Mormons’ acceptance of homosexuality grew from 24% in 2007 to 36% in 2014 and 48% in the 2016 NMS. So while acceptance doesn’t command majority support, that support has doubled in less than a decade. This movement is driven in large part by Millennials, more than half of whom say homosexuality should be accepted.”2

Church leadership has also noted this trend. In a recent broadcast to seminary and institute instructors, covered by the Church News, Elder Jeffrey R. Holland noted that Generation Z individuals (currently aged seven to twenty-two) “tend to support gay marriage and transgender rights as part of everyday life. ‘Because of this sociability, the thin line between friendship and condoning behavior begins to blur.’”3

Prince earned a doctorate degree in dentistry and a PhD in pathology. As a scientist, Prince brings a helpful background to tracing the early engagement of social scientists in positing nature vs. nurture views of homosexuality’s causation, as well as the more recent focus on biology and emerging studies in genetics and epigenetics. He is a respected scientist and, by avocation, an accomplished historian. His two most recent books (David O. McKay and the Rise of Modern Mormonism, coauthored with William Robert Wright, and Leonard Arrington and the Writing of Mormon History) have garnered a dedicated audience, and both books reflect careful and extensive research, with ample use of primary sources and a sizeable number of interviews with family and associates of McKay and Arrington.4

Those who anticipate that Gay Rights and the Mormon Church would bring a similar approach to this topic will be disappointed: as Prince notes, “Although I have attempted to engage voices from all sides of the issues treated in this book, I have been frustrated by two groups”—the first being those who were active supporters of California’s Proposition 8, a ballot measure to eliminate the right of same-sex couples to marry. “None were willing to go on the record and talk about their motivations and action,” notes Prince. The second group was senior Church leadership. Church Public Affairs indicated to Prince that “after discussion, the decision was made to not offer anyone directly affiliated with the Church to be interviewed” (x). Though he could have waited until more primary source material could be reviewed and included, the author proceeded with the book, noting a feeling of urgency.

Prince provides a historical context for the gay liberation movement, primarily in the United States, and the Church’s actions and reactions. His book is the highest profile effort to undertake this task to date.5 He makes use of personal contacts gained in his service as a board member of Affirmation: LGBTQ Mormons, Families & Friends (I came to count Dr. Prince as a valued friend during the time we both served on that board) and through other engagement with national LGBTQ leaders as well as Church leaders. He has also drawn on contemporaneous newspaper accounts and Church documents that have appeared on Reddit and other websites.

Beginning with 1993, the book traces the path of same-sex marriage and the Church’s efforts to ensure that such marriages would not be legalized, particularly in Hawaii and California with, respectively, Proposition 22 in 1998 (76–82) and Proposition 8 ten years later (126–60). Prince provides background on the Prop 8 battle and explores the ramifications of the Church’s higher public visibility as the election drew closer and in its aftermath. He also covers what has been called “the Utah compromise,” the efforts to craft and pass what became Utah Senate Bill 296—which provided employment and housing protections for LGBTQ residents while also protecting the employment practices of churches and related organizations, such as BYU—as well as the Church’s more recent efforts to protect religious freedom (226–41).

Gay Rights and the Mormon Church also follows the trajectory of Church teachings throughout the decades, surveying addresses in the 1950s by President J. Reuben Clark (15); Spencer W. Kimball’s chapter on homosexuality, titled “Crime against Nature,” in his 1969 book, The Miracle of Forgiveness (31–37); Church pamphlets (114–18); and a 2006 interview with Elder Dallin H. Oaks and Elder Lance Wickman, which was posted to the Church’s website and became the basis for a pamphlet called God Loveth His Children (109–13).6 In these decades, the Church’s position on the cause of being homosexual evolved from a choice that can be cured through diligent work and sufficient faith to neither a choice nor a sin, though acting on such feelings is both.

Prince also covers the launch in 2012 of the Church’s website mormonsandgays.org, which was remarkable in several aspects: first, for using the word “gay” as an identity marker, which had been strongly opposed by Church leaders in the past; second, for publicly putting in writing the concept that homosexuality was not a choice, though individuals retain the ability to choose their response to such attractions; third, for declaring that homosexuality is not a disease; fourth, for asserting that the causation of same-sex attraction is not known; and, finally, for stating that the Church no longer advises marriage to someone of the opposite sex as a helpful step for homosexual members (216–17). The primary message of the site was encouraging loving engagement with family members or congregation members who have same-sex attraction.7

For readers, the book will provide greater depth of understanding of various events, although some discussions (in particular the November 2015 policy that labeled same-sex marriage as apostasy and deferred the eligibility of the children of gay unions to receive ordinances) suffer from a lack of primary sources; however, its most helpful contribution, I feel, is giving voice to groups that have heretofore largely been silent—relating the stories of lesbians and transgender and intersex individuals in a manner that conveys the depth of their struggle to remain active in the Church or to cope with the circumstances that have forced them out of it, proving again the power of individual stories shared with candor and authenticity to change hearts and minds in ways that political or theological history likely cannot. In these chapters, perhaps Dr. Prince’s great hope for the book will be realized: that the book will be a lifeline for those who have lost hope of finding their place in the Church. 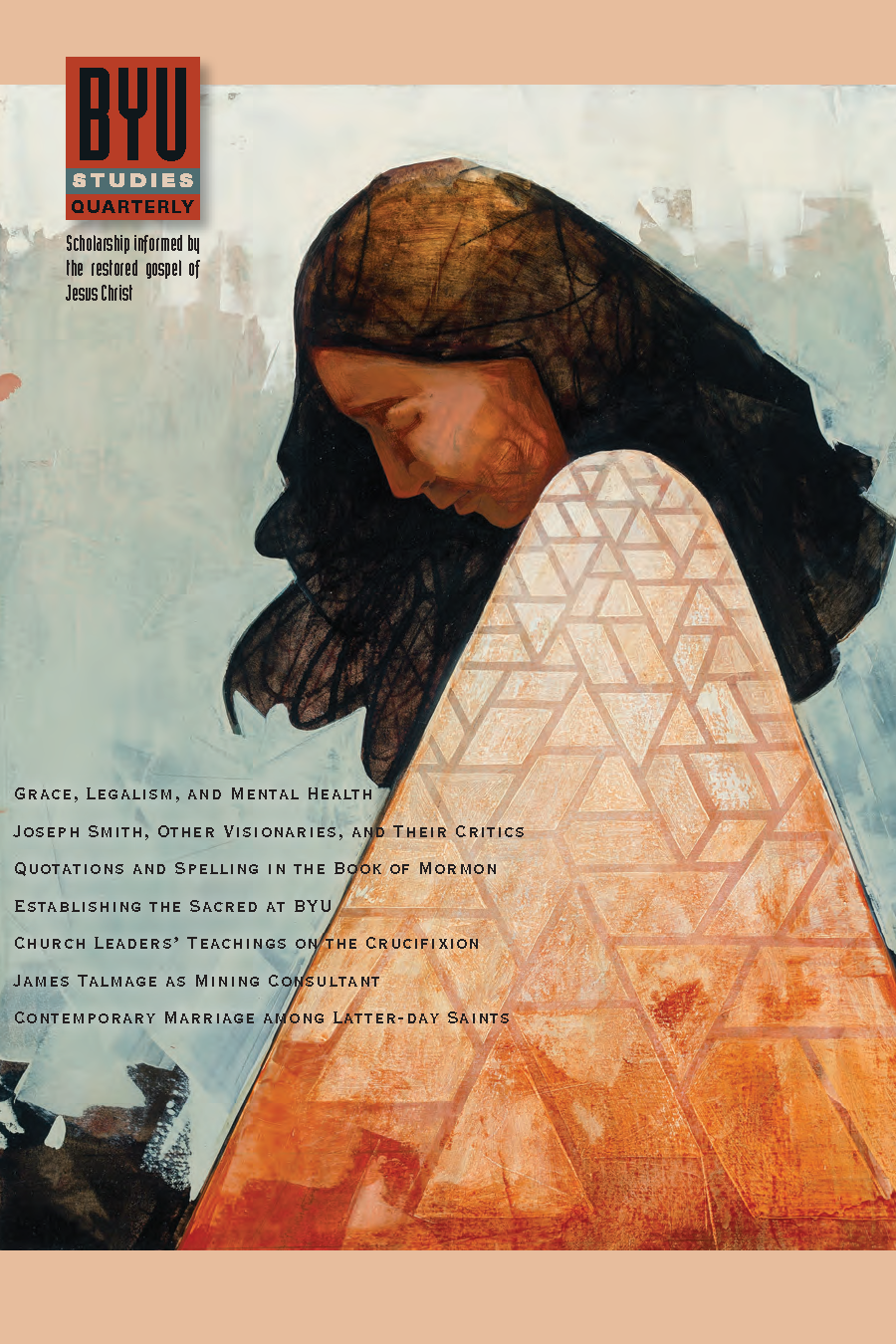 Previous:
A Documentary History of the Book of Mormon

Next:
Gay Rights and the Mormon Church

Tom Christofferson is the author of That We May Be One: A Gay Mormon’s Perspective on Faith and Family (Salt Lake City: Deseret Book, 2017). He is a frequent speaker and contributor on topics relating to The Church of Jesus Christ of Latter-day Saints and the lesbian, gay, bisexual, transgender, queer, intersex, and asexual community.

7. The site has since been relaunched as https://www.churchofjesuschrist.org/topics/gay/ and includes content on beliefs, the stories of LGBTQ Latter-day Saints and their families, and messages from Church leaders.