In the Beginning: The Story of the King James Bible and How It Changed a Nation, a Language, and a Culture, by Alister McGrath (Anchor Books, 2001)

This thoroughly informative and completely enjoyable volume really tells a story. And what a story it is! The triumphant tale of the King James Bible is complete with political twists, religious controversies, national pride, royal machinations, scholarly posturing, economic opportunism, technological inventions, vested interests, profound compromises, and, ultimately, phenomenal success. The author, who is Professor of Historical Theology at Oxford University and Principal of Wycliffe Hall, Oxford, knows this rich story inside and out, and he elucidates every stage and detail with captivating clarity.

Major players in this intriguing story include such notables as Johannes Gutenberg, John Wycliffe, Erasmus of Rotterdam, Martin Luther, Henry VIII, William Tyndale, Miles Coverdale, Richard Grafton, John Calvin, William Whittingham, Queen Elizabeth I, James I, John Reynolds, Richard Bancroft, six companies of translators (two each from Westminster, Cambridge, and Oxford), Charles I, Archbishop William Laud, Oliver Cromwell, and Charles II. How can you lose with a cast like that?

The plot thickens time after time as Bibles battle Bibles, as religious crises hinge on the meanings of single words and phrases, and as fortunes and reputations are made or lost over one fortuitous or fateful decision after another. As tensions mount, comic relief gratefully arrives as surprising ironies, humorous errors, and remarkable coincidences all line up to yield the King James Bible.

The authorized version of the Bible not only changed the English nation, enthroned the English language, and shaped the English culture; it also was the product of English honor, piety, and stubborn determination. Anyone interested in knowing how the KJV came to be will have a hard time putting this readable book down. And a harder time not picking it up again. 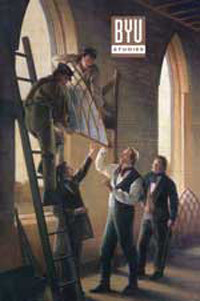