Two books on the United Orders

These two volumes contain wide-ranging perspectives on the economic history of Mormonism. Both are authored by Kent W. Huff, an attorney and computer consultant who has worked for several agencies of the United States government and the Saudi Arabian Ministry of Finance.

The earlier book, Joseph Smith’s United Order, attempts to explicate the economic ideas and practices of The Church of Jesus Christ of Latter-day Saints at Kirtland, Missouri, and Nauvoo. Huff traces the United Order Firm’s creation, financial transactions, and eventual replacement by a new business unit, a corporate trustee-in-trust that centralized the collection and distribution of Church funds. The implication is that the original structure of the united order, which was essentially a partnership, evolved into a corporate model for managing the business affairs of the early Church.

Believing that many Latter-day Saints lack a solid understanding of Joseph Smith’s economic ideas and methods, Huff intends this book to correct public assumptions and delineate “a structural and operational overview” (2) of methods by which early leaders managed business dealings, obtained supplies, launched businesses, and purchased and sold land for thousands of new converts.

While the bulk of the book emphasizes facets of the united order, approximately the last third traces the origins and history of the principle of tithing. In contrast to the oft-heard view that tithing was instituted later as a substitute when members ceased to live the united order, Huff argues the opposite—that the Saints’ material donations from 1830 on were actually tithes: “Large amounts of personal resources were devoted to gospel projects . . . chiefly in the missionary and gathering process and building the Kirtland Temple. The use of funds for those activities was designated by the Lord as tithing” (293).

Another unusual argument is that Joseph’s united order was a great success in its day, not a failed experiment as is widely held in Mormon lore. Huff claims the united order was a practical strategy for solving the relevant problems of the early Church and thereby succeeded admirably.

The 1994 volume, Brigham Young’s United Order, gives an extensive treatment of the Utah period. Perhaps in response to the recent emergence of splinter groups in Manti, Utah, and other areas of the United States, the book is a bit defensive at the outset. Huff begins the preface by declaring himself to be an LDS member “in good standing, orthodox in all the things that matter” (vii). There follows an extensive review of the economic history of united orders in St. George, Brigham City, Orderville, and Salt Lake City, Utah. In contrast to Arrington’s classic study, Great Basin Kingdom,1 Huff emphasizes the doctrinal concepts which gave rise to the united order. Drawing primarily on the Journal of Discourses, huge sections of material now available electronically are cited with key points underlined. The result is a bulky, voluminous manuscript of well over six hundred pages broken up into sixty chapters.

Unfortunately, I suspect that most readers will be put off not only by the intimidating length of the book, but also by the wide range of subjects it addresses. These include chapters on a hodgepodge of diffuse topics that will likely confuse readers who seek a clear portrayal of the Utah-era united order. Despite its title, Brigham Young’s United Order also includes eleven chapters on other LDS pioneer leaders’ views on the ideal economic system for Latter-day Saints. Readers may feel they have lumbered through a gigantic maze.

Nevertheless, both books address a critical challenge facing the Church—indeed the whole world—namely, the problem of economic injustice. According to the Doctrine and Covenants, “it is not given that one man should possess that which is above another, wherefore the world lieth in sin” (D&C 49:20). Such injustice is not a troubling problem only for Joseph Smith’s day or for early Utah. It is an increasingly important dilemma for the contemporary Church as it expands into the impoverished nations of the world. One is strongly inclined, however, to take exception to certain of Huff’s historical interpretations. Perhaps the most troubling is his assertion that Brigham Young’s model for the Utah united orders focused too much on communalism and on attempts to rectify economic inequality. Thus, Huff implies that while the Prophet Joseph’s ideas were “non-communalistic” in the 1830s and ’40s, Brother Brigham’s bordered on socialism. Huff hypothesizes several reasons for this difference. First, Brigham was a later convert to the Church, missing some of the Kirtland-era utopian proposals of Alexander Campbell, Sidney Rigdon, and “the family,” a group of believers who had all things common, in harmony with Christians described in the book of Acts. Nor was Brigham present when Joseph refuted communism and debated the socialists who visited Nauvoo.

The implication for Huff is that “this skewing of experience may account for some of the differences in doctrines taught during the two periods marked by the presidencies of Joseph Smith and Brigham Young” (Joseph Smith’s United Order, 42). Further, Huff claims, “there are indicators of a substantial loss of data and experience in the transition from the administrators of Joseph Smith’s time to the Twelve who carried on afterward. . . . There is little reason to wonder then at the doctrinal drift that seems to have occurred on matters affecting economics” (Joseph Smith’s United Order, 42; see also 22–30, 40–45).

Accusing Brigham Young of being out of touch and naive or in other ways lacking the doctrinal insights of the Prophet Joseph seems extreme. In this respect, Huff’s books are similar to the small volume by Lyndon Cook, Joseph Smith and the Law of Consecration. Both books present an extremely narrow view of Joseph Smith’s economic values, recoiling at anything which parallels the broad, egalitarian ideals of most utopians, whether socialists or otherwise.2 By distancing oneself from socialism so completely, one tends to overlook the comprehensiveness of God’s united order and to impose modern political categories on the analysis of the temporal teachings of pioneer prophets. It would be more constructive to portray what the united order is in its fullness, rather than to primarily point out what it is not.

Mormonism’s nineteenth-century leaders as well as those of recent decades have clearly understood the essential contrasts between state-run communism and gospel teachings about temporal matters. The Brethren have always been in general harmony with the big picture of the united order—its values and its purposes and methods for creating jobs, lifting the group, avoiding materialism, benefiting the poor, and dignifying one’s labors. To discard such a comprehensive system in favor of a narrow form of individual capitalism and imply it to be God’s complete will ignores themes from that stretch from Gordon B. Hinckley and Ezra Taft Benson back to the Zion of Enoch. 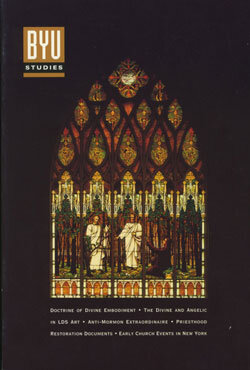 2. For a more balanced discussion of both the law of consecration and the united orders, see Leonard J. Arrington, Feramorz Y. Fox, and Dean L. May, Building the City of God: Community and Cooperation among the Mormons (Urbana: University of Illinois Press, 1992).