Lore of Faith and Folly

This publication of the Folklore Society of Utah presents a variety of accounts about life in the Mormon West. Nine of the accounts deal with local situations which probably are limited in their application to the communities where they happened. In most cases they find echoes of similarity in other communities, but not a reenactment of the same experience. Three of the contributions deal with village histories, each of which present interesting details of folklore of those villages, but again, such materials are mainly contributive to the folklore of the Mormon culture as a whole.

Although it is an interesting and significant account, Karl Young’s “Red Magic” has little if anything to do with Mormon folklore. It is representative of a great store of folklore of the southwest Indians of which Professor Young has an almost unlimited supply at his disposal.

The article by Helen Z. Papanikolas, “Greek Folklore of Carbon County,” is an interesting account of a cultural pattern which has been superimposed on a western and predominantly Mormon environment, and suggests some interesting conflicts and adaptations which such a mixture of cultures has produced. Utah, with its cosmopolitan background, could be the source of many comparable studies.

These accounts present approaches to a very necessary ingredient in Utah pioneer experience. Life at best was hard and often depressing to those who lived through it. To make their existence bearable and to divert their minds from the pressures of reality, pioneers often engaged in many types of practical jokes and humor. This relief often partook of the rough, crude characteristics of pioneer life itself. Such activities are reflected either directly as in Brooks’ “Pranks and Pranksters,” and Larson’s “Ithamar Sprague and His Big Shoes,” or to an indirect almost ludicrous situation of a savage Indian with his hair tangled in a spinning wheel.

Robertson’s “The Gray Ghost of the Desert” is a sample of the many tales of animals and birds as individuals and as species which were noted and recorded among the pioneers. These stories arose from their interest in and their observation of their new homeland.

Despite a keen interest in the arts in their own communities, Utah shared with other western communities an interest in the itinerant theatrical groups which toured frontier towns to bring entertainment to the communities. These tromps were often attractive simply because they presented new personalities and new faces in the settlements. Dean Farnsworth’s “Barber on the Boards,” recounts such experiences in addition to preserving a delightful bit of family history.

Because pioneer life was so difficult and uncertain, especially for the women, they were probably more dependent upon and sensitive to a spiritual strength which was necessary to maintain them in their difficult pioneering activity. These experiences are explored in “Woman-heart is Many Voiced,” by Claire Noall and “A Strange Gift” by Rosabel Ashton.

Two features significant and peculiar to Mormon society are explored in “Prisoners for Conscience Sake,” by William Mulder, a discussion of the polygamy struggle in Utah. “Winemaking in Utah’s Dixie,” by Olive W. Burt, discusses some of the problems associated with this seemingly contradictory activity in a Mormon community. These accounts open some interesting facets of Mormon history.

Two folk heroes, Orin Porter Rockwell and Samuel Brannan, are presented respectively by Gustive O. Larson and Thomas E. Cheney. These two men have been popularized by much having been written about them. These two summaries of their lives with special reference to some folk myths about them make interesting and significant reading.

Seven articles are included in this work which deal with folklore more directly. “How to Grow a Legend,” by Frank Robertson, and “Why Mormons were Said to Wear Horns,” by Karl Young, give some interesting insights into the development of folklore itself. Five articles are devoted to an examination of general topics which present a culture-wide investigation of folklore such as “The Cycle of Life,” “The Common Cold and Utah Folk Medicine,” and “Unsung Craftsmen.” All deal with the everyday life of people in Utah. “Ditties of Death in Deseret,” by Olive Burt, and “Tales of the Supernatural,” by J. H. Adamson, deal with more esoteric, but none the less interesting, facets of Utah history.

This book presents a prelude to more work to be done in the fields of folklore and historical narrative. Each of the areas, either as presented in the book or as suggested in this review, could be expanded into collections of their own, many of them of book length. The presentation of this material, while not historical in all aspects, presents important insights and understandings for a study of the history of the Mormon movement in the West. 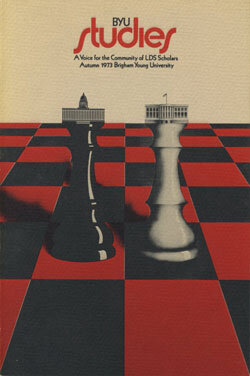