An American Legend and a Monumental Crime

Historians, Mormons and non-Mormons alike, will recognize immediately that Massacre at Mountain Meadows: An American Legend and a Monumental Crime, by William Wise, is wildly inaccurate both in its statements of “fact” and in its interpretations. This is not surprising since the book was written without use of the trial records, government reports, travelers’ accounts, letters, and diaries which are in the Henry E. Huntington Library and Art Gallery in San Marino, California, the Brigham Young University Library in Provo, Utah, and the Archives of The Church of Jesus Christ of Latter-day Saints in Salt Lake City. Nor has Mr. Wise even prepared himself for treating the topic by reading responsible histories of the Mormon people. Overlooking the many available, Mr. Wise has relied primarily upon such outdated potboilers as those by T. B. H. Stenhouse, William Linn, and M. R. Werner. In thus slanting his history of the Mormons, which occupies fully half of the book, he is seeking to build up a case of negative expectations so that when he finally gets around to his real topic, the tragedy at Mountain Meadows, the reader will readily accept his accusations.

The second half of the book, that dealing with the massacre itself, is ostensibly based on published government documents including reports of the two trials of John D. Lee. Like the Warren Report on the Assassination of John F. Kennedy, the documents are replete with wild allegations, contradictory claims, rumor, eyewitness accounts, memories several years later, and responses to charges. It takes a simple mind to select from this kind of material a single story and tell it as if it were perfectly obvious. This is what Wise has done. In this respect he dismisses the best available treatise on the massacre, The Mountain Meadows Massacre by Juanita Brooks, published by Stanford University Press in 1950 and republished by University of Oklahoma Press in 1962. Widely praised for the thoroughness of her research and her relentless honesty in following the evidence where it led her, Mrs. Brooks wrestled with the larger, more significant question of how the massacre could have happened. Her most valuable insight has to do with the fact that the Mormons in Southern Utah had come to perceive the Fancher train as criminals and enemies, that a war psychology had been whipped up by the approach of a body of 2,500 federal troops, and that once a series of events was set in motion it became impossible to reverse it. The possibility of Brigham Young’s complicity is one she naturally considered. Her conclusion is that he cannot be blamed for the crime in the sense of having ordered it. But Brooks sought not primarily to pin the responsibility in a simple way but to understand. Recognizing the background of persecution in which the Mormons had themselves been victims, and the hysteria of the Utah War period, she was able to present the evidence in a way that made sense to Mormons and non-Mormons alike—to professional historians and “buffs.”

Now what would justify a new book on this subject? There is no new evidence—or at least none that is introduced by Mr. Wise. There is no new frame of reference through which to see the old evidence—or at least none that is introduced by Mr. Wise. The most important secondary study of obvious importance and relevance is Norman Furniss, The Mormon Conflict, 1850–1859, published by Yale University Press in 1960. Unknown to Mr. Wise. Wise has a chapter on the Gunnison Massacre, and the standard, thoroughly researched reference is a master’s thesis, “The Gunnison Massacre” by David L. Miller, Jr., of the University of Utah. Also unknown to Mr. Wise. There is every evidence that Mr. Wise wrote this book hastily—there is a lack of familiarity with the relevant scholarly research and of an unseemly and damaging reliance on a few older works that historians have learned to treat with extreme caution. Mr. Wise’s work would not pass muster as a dissertation or thesis in any respectable American university, for his mentors would quickly recognize the inadequacy of his documentation.

Does it matter to Mr. Wise that Brigham Young sent a still-surviving letter to the Mormons in Southern Utah telling them not to interfere with the emigration trains passing through Utah? “You must not meddle with them,” he counseled. This letter, as Juanita Brooks concluded, “clears Brigham Young of any direct responsibility for the massacre.” Surely Wise could understand, if he took second thought, that Brigham Young and the Church had everything to lose by wiping out the Fancher train. No one was more sensitive to the need to arouse sympathetic public opinion among Americans in the East than Brigham Young. This was the basis for his Sebastopol plan of evacuating Salt Lake City and other communities during the Utah War. This helps to explain his firm orders to Mormon troops to avoid inflicting casualties on the approaching U.S. troops. Mr. Wise would like us to believe that this same Brigham Young, at the same time, turned around and, with flinty eyes and fire-spouting nostrils, gave the order to obliterate a passing wagon train. Where is the evidence? Mr. Wise furnishes none.

If William Wise offers no evidence to support his assignment of guilt, what does he do? He tells the story based on circumstantial evidence. With no direct evidence one way or the other he over and over again assumes that he knows what happened. His favorite word is “doubtless,” which of course means that there is no evidence but that Mr. Wise’s surmises are sufficient. Doubtless Brigham Young had his eye on the Fancher train from the time it entered the territory; doubtless he knew how much money it had and thought that the gain would be worth the price of a crime; doubtless Charles C. Rich persuaded the company to go by the southern route; doubtless Young and his associates discussed the details of the Fancher train’s progress; doubtless he gave the order to move ahead with the massacre. Doubtless Mr. Wise has interwoven his own conjectures at key points in order to help make the whole thing appear doubtless.

Hastily prepared and largely dependent on selected tendentious secondary studies, Massacre at Mountain Meadows is an excellent model of what careful scholarship is not. 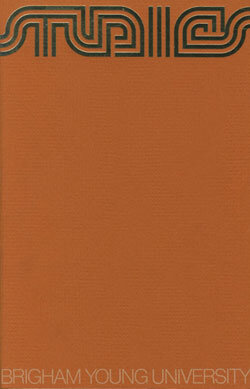