Mormons in the Pacific: A Bibliography

Mormonism: A Faith for All Cultures is a book that ought to be read by all adult members of The Church of Jesus Christ of Latter-day Saints, even though it has some problems. It is too long in parts that could be cut, too short in parts that should have been expanded, and too academic throughout, almost making it unreadable for the average member of the Church. This is unfortunate because it is one of the most provocative, informative, faith-promoting, and intellectually stimulating church books I have read in a very long time. Too little is written in the Church about the “Mormon” experience outside the white, English-speaking Wasatch Front. When we hear about pioneers, we immediately think of handcarts, oxen, and Conestogas trekking across the American Plains. Yet, if the gospel of Jesus Christ is to cover earth and is to be appreciated for the universality of its message, then, somehow, we must recognize and acknowledge contributions made by other people of other times, of other places, of other languages. Tullis’s book makes such an attempt, and it is a mighty one.

Because it attempts to do so much—in such a short space, with so few people, in the absence of any definitive precedent—the book has some drawbacks. It is actually three books in one: an academic Christian history, an institutionalized LDS Church history, and a book of personalized individual histories and testimonies. To the student and scholar, the insights given by contributors such as Hugh Nibley, Arthur Henry King, Noel Reynolds, and Douglas Tobler are most instructive and informative. But they are so weighty as to be almost entirely boring to the academically uninitiated. If the gospel is to be for all cultures, hopefully it will also be for all members, written in nonacademic language with simple nouns, verbs, adjectives, and sentences. The selection on the history of the Church in various parts of the world (i.e., Germany, Austria, Switzerland, Italy, France, Scandinavia, Latin America, Philippines, Korea, and Japan) are most fascinating and among the most readable portions of the book. Of particular interest to me is the testimony of Bishop Orlando Rivera, especially his explanation of Mormonism and the Chicano. It is a scholarly, yet a very human, discussion of one of the great paradoxes in the Church: why Chicanos are not joining the Church in the number that their brethren in Mexico, and Central and South America are. 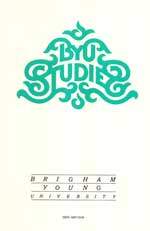