Polygamist’s Wife is the true story of a woman married to modern-day polygamist for more than twenty years. Now, a good book about the problems, lifestyles, conflicts and circumstances of contemporary polygamy is long overdue. Though obviously no reliable statistics are available, reasoned estimates tell us that several thousand men and women in Utah and surrounding states are currently living in plural marriage. Theological considerations aside for a moment, from a purely scholarly point of view, an accurate account of a polygamous marriage of the 1970s would be valuable—clearly important for scholars of history, psychology, sociology, women’s studies, and other disciplines. And without question, such an account would be interesting to laymen both in and out of the Church, given America’s stormy background on the principle. Sadly, Polygamist’s Wife is not even a start in the right direction.

The story is written as a first-person account of “Melissa Merrill’s” twenty-two year marriage to “Frank Merrill.” (Real names are not used.) In actuality, however, the book was written by a second party, from conversations with the wife and from her journals and diaries. And herein lies the problem of the book.

“Melissa Merrill,” if one can judge from this account, is an extremely hardworking, long-suffering woman, steadfastly devoted to her twelve children and, through most of her life, almost super-humanly obedient and submissive to her husband. But “Melissa” is obviously not a woman of even ordinary perception, perspective, or judgment. We cannot fault her stalwart spirit; we cannot help but question her common sense. She is not the kind of person who could look at the highly melodramatic events of her life and put them together with any insight. Thus, she herself could not very well have written a meaningful book firsthand. But that does not mean her story lacks value, or could not be effectively told.

Two methods, at least, lay open to the publishers. If “Melissa’s” diaries and journals were ample enough, these could have formed of the core of the book. They could have been shaped by the hand of a skilled editor who knew how to select judiciously and how to supply in footnotes or in narrative links the material needed for smooth transition between journal entries.

If such material were not available in quantity, the book could have been written as a biography, by an author using “Melissa’s” account as a point of departure, but supplementing her words with much other material—research into her background, conversations with some of her twelve children (several of whom are now grown and married), talks with bishops and other Church leaders who knew of “Melissa’s” situation, interviews with some of the other wives, etc.

The first sort of book, the diary version, would have given the reader “Melissa’s” own words, so that he could judge for himself the mind and spirit of a woman who could live a life like this—a woman who was uprooted thirty-eight times in twenty-two years, who let her children sleep on the floor for two years, though her husband was driving a new car, who watched her spouse become so greatly concerned about numbers and so little concerned about individuals that at one point he asked, “How many children have we now?” For it is the motives, the rationale, the inner workings of the mind and the emotions that are absorbing in a situation like this. “Melissa’s” life itself—a seemingly endless round of childbirth, bone-crushing physical work, deprivation, deception, and mistreatment—is not one that a reader cares to hear about in detail. For one thing, it rapidly grows monotonous, and one becomes impatient with the trivia of all the crowded, infested houses, the sicknesses, the unpaid bills, the petty wranglings between wives. No, the story, though staggering, is not very interesting. But if we could have had insight into the minds behind the story—”Melissa’s” and those of her husband, sister-wives, their many children—then we might have had enlightenment. A diary or journal account would have challenged the reader to construct from the excerpts the true nature of this valiant, if misguided, soul.

On the other hand, a straightforward biography of “Melissa” would have given us what every good biography gives us: a perception of the pattern of a life. A talented, intelligent writer could have brought judgment and understanding to bear in such a way as to explain how and why such things could happen in our Rocky Mountain West in the 1970s.

As it is, we hear neither the pure, unadorned voice of “Melissa” herself, nor the reasoned, illuminating voice of a skilled biographer. What we have instead is a make-believe voice—a first person, an “I,” who comes across as superficially lucid, coherent, and reasoned, yet in reality offering neither the undiluted, experienced emotion and authenticity of the real wife, nor the perceptions of a trained objective researcher.

Of course, one feels sympathy toward “Melissa.” We cringe at her attempts to overcome “selfishness” as the first sister-wife comes along, aggressive and domineering. We see her toil unremittingly while sick and underfed, see her hand-cleaning two tons of wheat dumped in her garage as payment for some of her husband’s nebulous services to someone. We sympathize as she sends her children out to beg rags from neighbors, on the pretext of needing them to make rugs, but actually using them to make clothing enough to send her brood to school. We marvel at her obedient efforts to make a home in Southern Utah “on a hundred-acre farm where we could be self-sufficient and separate from the sins of the world.” There, she and her little ones move into a trailer with broken windows, torn screens, rat droppings, holes in the ceiling, a nonfunctioning refrigerator, sinks that don’t drain, no running water and no electricity. What they did have were black flies, mosquitoes, and 107 temperature. Her husband made two visits in six months to provide her with the incentive to carry on.

Yes, we feel sympathy for “Melissa.” But a book is not a fundraising pamphlet. Its purpose is not primarily to arouse our sympathies. Instead, it should inform us, enlighten us, teach us—or perhaps just delight and entertain us. We should feel something when we finish reading a book—we should say, “That was exciting,” or “That was stimulating,” or “I know much now that I didn’t know before,” or “I have experienced vicariously some things that I would never have experienced otherwise.” But Polygamist’s Wife, since it does not, like fiction, recreate experience for us, nor, like biography, interpret experience for us, nor, like journals and diaries, present us with the raw data of experience to interpret for ourselves, leaves us feeling little except a diluted sense of pity—diluted because, as far as we know, there was so little need for such misery to be perpetuated. 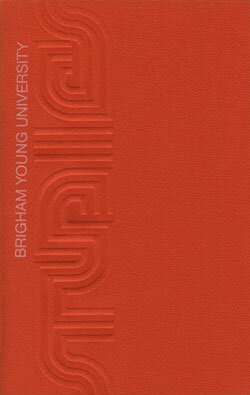