Population, Resources, and the Future

Is society perfectible? This was a question much debated in Europe towards the end of the eighteenth century. In discussions with his father, who believed that it was, Thomas Robert Malthus, an English curate and economist, advanced the view that the realization of a happy society will always be hindered by the tendency for population to increase faster than the means of subsistence. The only positive checks to population were held to be war, famine, and pestilence attended by the influence of misery and vice. He first published this theory in 1798.

Although these views gained considerable attention at the time and greatly influenced subsequent economic thought, they were contradicted by the facts. In the large scale of history, superimposed on the ebb and flow of human fortune, there is a secular trend in the direction of progress: by and large each generation bequeaths to succeeding generations a better life than its own. The idea of progress has hence become deeply ingrained in the consciousness of Western man.

With the new ventures into outer space has come the almost universal realization that the earth and its resources are limited. Pictures from the moon of “space-ship earth” have indelibly implanted in men’s minds the finiteness of our world and the fragility of our existence. This, together with the rapid increase in urbanization and the attendant difficulties for human institutions of coping with the problems of high population densities, has again raised the spectre of overpopulation. A new breed of Malthusian disciples has arisen, with the cry that “whatever your cause, it is a lost cause unless we check the population explosion. Good causes . . .will inevitably become swamped by too many people. . . .” (Time, no. 11, 1969). The pervasiveness of the alarm in this country is evidenced by the appointment by President Nixon of a Commission on Population, and the public release by them of a film urging restraint in propagation, wider dissemination of birth control information and devices, and more liberal laws on contraception and abortion.

Within the framework of man’s present knowledge, the fact of the existence of a limit to the population the earth can support is obvious. At the present rate of growth, within 500 years, (approximately the time elapsed since the discovery of America), there would be only one square yard of land per person. The neo-Malthusians suggest that if the standard of living of everyone on the earth were to be raised to that of its average inhabitant, which is considerably less than that of the average North American, the earth would support only a small percentage more than live on it at the present time. Yet the inertia of population growth is such that by the turn of the century world population will have almost doubled with the result, they claim, that man will almost certainly have degraded his quality of life to the point that suffering, misery, and despair will be the lot of the greater part of mankind. Hence the urgent cry for government intervention into what is considered by many as one of the most sacred rights of individual couples, the determination of family size.

Bahr, Chadwick, and Thomas have undertaken to examine the premises of the neo-Malthusians with a view to providing a calmer and more objective perspective on the problem of population. They have assembled a collection of essays on various aspects of the problem of population and resources, some of them reprinted from other publications, and some of them written specifically for this one.

The book is divided into seven parts: (1) Are Proposals for Population Control Premature?; (2) “Overpopulation”: The Wrong Problem; (3) How Full is the Earth?; (4) What Everyone Knows: The “Disadvantages” of Large Families and High Density; (5) Man the Destroyer? Not Necessarily; (6) The “Crisis” in Future Perspective; and (7) Population Policies: Implicit Values and Ethical Problems. Each part is preceded by an introduction by the editors which gives motivation for and summaries of the articles included in that part. Although technical material is not absent from the book, the articles are easily within the reach of the average reader.

A number of the articles deal with the question of whether or not we are reaching the limit of our natural resources. The collective impression one gains is that whenever we arrive at what is seemingly a limit of these resources, the ingenuity of man is brought to bear in such a way as to break out of constraints which are seemingly impenetrable. For example, the “green revolution” has led to surpluses in food, the fast breeder nuclear reactor can provide inexpensive energy for centuries, and fusion power, which seems just around the corner, can supply inexpensive, safe, pollution-free energy for billions of years. Minerals can be recycled and man’s utilization of his living space can be restructured to accommodate comfortably many times the present world population. Pollution can be avoided by innovative design of “market and control institutions that could more effectively cope with environmental damage.”

The notion of world population as being “wildly out of control” is debunked in a careful analyses to show that “the population of the world is decision-determined right now.” Decisions are made, however, by individual families in response to cultural forces in which they are immersed rather than by government. The ethical considerations relating to possible governmental intervention into the loop are dealt with, but perhaps not adequately. The moral problem involved in the denial by a community of the right to life of the unborn when there are those in the community willing, and indeed anxious, to give them life, is one of the deepest faced by man. And, although bringing abundant new life into the world at the present moment in history scarcely diminishes our own, the time seems to be not far distant when, if indeed it does not actually do so, the better part of the community will be convinced that it does diminish them, as is made clearly evident by the wide acceptance of the neo-Malthusian view. Then, the full force of the moral problem will be upon us, and, all practical considerations aside, this is the real issue which will divide us.

The book is very timely indeed. It restores our faith in the idea of human progress. It provides an abundance of information relating to an issue upon which we may all be bruised by the course of events if we are not sufficiently well informed to influence them. 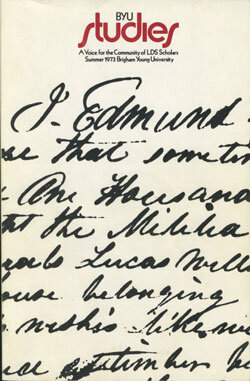 Previous:
Camelot and the Vision of Albion

Next:
One Hundred Steps Down Mesa’s Past