Attempts to explain the success of early Mormonism have generated a number of theories about the nature of the early Mormon converts. A persistent theme in many of the assumptions is that there was something wrong with the converts, or that the hardships of the early nineteenth century compelled them to join a new religion that those with more satisfying lives shunned. Mormon scholars tend to counter that there was nothing to distinguish early Mormon converts from other Americans other than a desire to join the new faith, a desire which transcended their circumstances.1

In 1994, John Brooke proposed that what set apart would-be converts from those less likely to join did transcend their current circumstances: heritage, according to Brooke, was the impetus toward Mormon conversion. Brooke felt that Mormonism’s intellectual origins went back to the concepts of the radical wing of the Reformation, concepts that became prominent during the English Civil War of 1640–60. Brooke argued that radical English sectarians, or the radical break-off religions that opposed the established church, brought these ideas to America, and that those with a heritage in such radical sectarianism would be most drawn to Mormonism. Brooke found some evidence in the history of certain Mormon families but admitted that “the definitive study of the religious origins of the earliest Mormon converts has yet to be attempted, and such a study may well overturn the tentative conclusions one can draw from this limited exploration.”2

Val D. Rust’s Radical Origins: Early Mormon Converts and Their Colonial Ancestors is such an attempt. The book is actually an outgrowth of Rust’s own family history. Finding many New England radicals in his family line, Rust wondered whether the ancestry of his early Mormon ancestors was typical of the ancestry of the early Mormons generally, and thus the book was born.

Rust demonstrates that his heritage was indeed typical. By gathering the available names of converts who joined the Church before 1835, Rust was able to create a list of over five hundred early converts whose ancestry could be traced several generations in the LDS Ancestral File. With these resources, Rust created a database of these converts’ fifth-generation ancestors that he was able to test for religious radicalism. Rust found that the converts’ ancestors came disproportionately from New England towns that practiced religion outside the norms of orthodox Puritanism, such as New England’s first Pilgrim settlers. Rather than seeking to reform the state church like most Puritans did, the Pilgrims sought to separate from the Church of England, which forced these Separatists to flee from England to Holland before they immigrated to America. Rust finds that of the Mayflower’s twenty-two heads of households with descendants, fifteen had descendants that joined the Mormons (42). Likewise, early Mormon converts’ ancestors were disproportionately represented in the Pilgrim colony of Plymouth (43).

Rust also demonstrates that ancestors of early Mormon converts were also heavily represented among participants of the religious controversies throughout colonial New England’s history. Roger Williams and many of his followers were ancestors of early Mormon converts, and these ancestors were disproportionately represented in his colony, Rhode Island. Likewise, Ann Hutchinson and many of her followers had descendants that joined the Mormons, as did many of the Quakers and Baptists that were persecuted and marginalized in colonial New England. Rust is also able to document that Mormon convert ancestors came disproportionately from New England towns both in Massachusetts and Connecticut that were founded by ministers seeking to distance themselves, for religious purposes, from the control of the leaders of the Massachusetts Bay Colony. Though he takes exception with certain aspects of Brooke’s argument, Rust’s evidence goes a long way to support Brooke’s assumption about the heritage of the early Mormon converts.

Any reader, unfortunately, will quickly notice a host of editorial problems with the book that range from proofreading to content. Rust mentions only one other person who read the book, and it is clear that he should have had many more people read it before it was published. Yet Rust should be praised for his findings despite the book’s problems. The reader should look past the numerous peccadilloes to Rust’s central thesis, which he supports very well. The earliest Mormon converts had a heritage that was rooted disproportionately in the religious radicals of early New England. In the interest of full disclosure, my own ancestry is linked to many of the examples Rust uses; in fact, Rust uses my family, the Wightmans, as a case study along with the Smiths to demonstrate continuity of religious radicalism through the generations. One could say that I am genetically inclined to accept Rust’s conclusions.

The book leaves several questions only partially answered. Any reader of this review likely wants to know exactly what Rust means by “radical.” At the heart of this definition is the question of what it was about the ancestors of early Mormon converts that caused many of their descendants to accept Mormonism. Did they simply enjoy opposing religious authority, or were there certain core theological principles that the radicals shared? In truth, the radicals were all over the map theologically, from strict Calvinists to Universalists. Rust finds elements in all of the radicals’ teachings that are similar to Mormon principles, but in my experience Mormon doctrine is broad enough that similarities can be found between it and most religions. Yet two principles seem to stand out: the radicals commonly believed in personal revelation through the Holy Spirit, and they generally opposed the union of church and state. Both factors were critical in the formation of Mormonism.

One additional basic element was common among the early converts’ ancestors, an element best summarized in a statement Brigham Young made at a gathering in Salt Lake City: “My ancestors were some of the most strict religionists that lived upon the earth. You no doubt can say the same about yours.”3 Rust demonstrates that many could indeed have said so: these radicals took their religion very seriously and, considering the great sacrifices that early Mormon converts made for their religion, seemed to have passed that attitude onto their descendants. 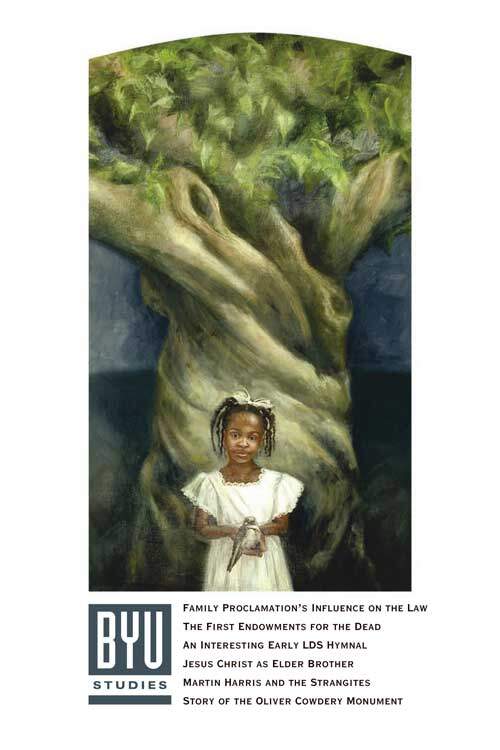 Stephen J. Fleming graduated from Brigham Young University in history and earned an MA, also in history, at California State University at Stanislaus.

1. For a synopsis of these arguments see my master’s thesis, “An Examination of the Success of Early Mormonism in the Delaware Valley” (master’s thesis, University of California, Stanislaus, 2003), 9–22.