If Jesus indicted ancient priests for overloading scriptural commands with burdens “grievous to be borne,” modern New Testament scholarship also should be indicted for reduplicating the process. After one has glimpsed both the miraculous Christian beginnings and the rugged personal power of Christ and his apostles, serious study then points the path through dense thickets of philology, history, and methodology. Although certain skills are required for an accurate knowledge of the New Testament message, it is an occupational hazard to be so technically proficient that only technicalities are of interest. It is precisely for this reason that J. B. Phillips’ Ring of Truth is a landmark. After Goodspeed produced his American Translation he reviewed his field through a concise but classic discussion of key translation problems. After Phillips produced his New Testament in Modern English (the most successful contemporary private translation), he has written a retrospective discussion of another kind. He is concerned with his impressions of the authenticity of the story as judged by the sincerity of the men who made it and wrote about it. This is not a book of scholarship in the conventional sense for it is conspicuously lacking in footnotes, fails to build a case out of extensive data, and is delightfully easy reading. Nevertheless, it is the work of a scholar who after mastering details comes back to the main point of the investigation, the essential meaning of the New Testament.

By a fitting coincidence, Phillips’ work of retrospection was published the same year as the posthumous essays of the learned critic C. S. Lewis, who though not intimate with Phillips, gave crucial encouragement at the beginning of his translation work. All of the essays in Lewis’ Christian Reflections bear thoughtful reading, but his “Modern Theology and Biblical Criticism” challenges the competence of experts in language and history to be also the sole experts in evidential matters: “[W]hile I respect the learning of the great Biblical critics, I am not yet persuaded that their judgment is equally to be respected.”1 Both Lewis and Phillips react negatively to the present trend in source criticism which insists confidently that the Gospels are records not about the events they portray but really about the mind of the Church a generation or more later. Lewis logically exposed the multiple assumptions of such a position, but Phillips openly claims the spiritual witness that the events of the New Testament story actually happened. He does not belabor the point, but simply states it as a fact of his experience:

I must, in common justice, confess here that for years I had viewed the Greek of the New Testament with a rather snobbish disdain. I had read the best of classical Greek both at school and Cambridge for over ten years. . . . Although I did my utmost to preserve an emotional detachment, I found again and again that the material under my hands was strangely alive; it spoke to my condition in the most uncanny way. I say “uncanny” for want of a better word, but it was a very strange experience to sense, not occasionally but almost continually, the living quality of those rather strangely assorted books. To me it is the more remarkable because I had no fundamentalist upbringing, and although as a priest of the Anglican Church I had a great respect for Holy Scripture, this very close contact of several years of translation produced an effect of “inspiration” which I have never experienced, even in the remotest degree, in any other work (pp. 24–25).

Phillips has done more than list his subjective impressions as a translator, however, since he explains that certain realities force him to the position that the New Testament contains the honest reports of men who saw miracles, including the greatest miracle of the resurrection. Paul, for instance, is a sure witness to what circulated in the Church within two decades after Christ’s death; consequently 1 Corinthians 15 looms as, in some ways, “the most important chapter in the New Testament”:

I was struck again by the “over five hundred Christians” who saw Jesus simultaneously, “of whom,” Paul comments, “the majority are still alive.” The evidence for the Resurrection does not rest on hysterical visions in the half-light of early dawn but on actual “appearances,” the last of which seems to have happened to Paul. I noticed the flat, matter-of-fact recital of known events. There is no attempt to persuade or prove, and certainly there is no artistic embellishment. Paul is, in effect, saying: these are the historic facts which we know (p. 32).

Many specialists would respond by undercutting the resurrection appearances on the ground of their fragmentary nature compounded by some inconsistency. To Phillips their very lack of sophistication is a mark of their genuineness; admittedly they are not “arranged as evidence for any court of law—or for that matter any critic. I should be highly suspicious of them if they were” (p. 112). The essence of the Ring of Truth is the lack of sustained piety of the New Testament record. Its history and letters are not concerned with a public image but with an overpowering story in which the actors are the recognizable mortals that all of us know. Phillips finds this the real ground of credibility—”this curious mixture of the earthly and the heavenly” (p. 110). This is simply to say that since personal patterns are so honestly portrayed by all New Testament writings, there is every reason to suppose that divine revelations are reported with equal integrity. Much more might be done with this human archaeology of the scriptures.

Latter-day Saints will find other facets of Phillips intriguing. He discovered (pp. 69–70) the value of suffering for character building in mortality, “the place where God begins his work of making us into what he wants us to be” (p. 103). He reports that his convictions of immortality were confirmed by two experiences of personal comfort in which the departed C. S. Lewis appeared and spoke brief words of encouragement in the midst of personal despondency. Phillips’ most scintillating. theme, however, is his reaction against the “processed Jesus.” In the place of this mythical and lifeless figure Phillips sees one toughened and disciplined in following the path laid out for him by his Father” (p. 95). This vivid image of Jesus was not Phillips’ point of beginning, but a character emerged who “was sudden death to pride, pomposity, and pretense.” On purely personal grounds Christ stands as the overwhelming figure of the New Testament “by the sheer strength of a unified and utterly dedicated personality” (p. 86). 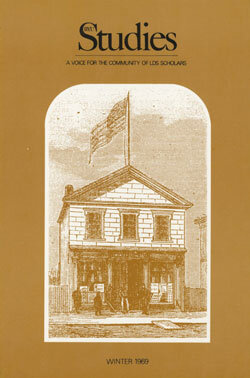