Security in a World of Change

Books of readings are a widely adopted literary form whose popularity shows no signs of abating. Sometimes such multi-authored works represent previously unpublished scholarship. More commonly their redeeming social value must be sought in the skill and judgment with which the editor puts together a package that is useful in the classroom or on the reference shelf. Although a reader generally stands or falls on its success as a pedagogical tool, a particularly felicitous combination of selection and editing may sometimes produce a solid contribution to the development of a discipline. Such, certainly, has been the impact of the Rosenau Reader.1 And such was the intent, if not the impact, of the multi-volumed collection of readings, The Strategy of the World Order, edited by Falk and Mendlovitz for the World Law Fund.2 Whereas the Rosenau Volume was a landmark in the empirical study of international relations, the Falk and Mendlovitz readers are part of a larger project to promote the study of world order, emphasizing the overhanging threat of nuclear destruction and the need of drastic change in the structure of the international system.

The Farnsworth and Gray volume falls in a more modest and thickly-populated category. It claims only the smallest contribution to original scholarship, and it is not intended—nor is it likely to have—any substantial impact on the development of international relations as an academic discipline. It postulates no special theoretical framework, other than the two concepts of “change” and “security” around which the book is organized. It has no concern with methodology. Indeed, it has not a single article that utilizes quantitative techniques. It is simply, in the editors’ words, “a book of supplementary readings for the introductory course.”

To produce a book of readings for the introductory international relations course may be a modest enough objective, but certainly not an unimportant one, and Security in a World of Change must be considered in that light. In format, the book consists of eighty-two edited selections organized in five chapters with brief introductory notes (consuming twenty-one pages in all) at the beginning of each chapter. The five chapter headings give a fairly accurate representation of the book’s intellectual thrust: “Change and the basic concepts,” “Contemporary patterns of foreign policy,” “The struggle for power,” “The struggle for international order,” and “Peace in whose time?” These themes are clearly appropriate to the editors’ objective, if not altogether original in concept. With eighty-two short selections averaging just under five pages each, the editors have obviously opted for breadth of coverage and viewpoint rather than depth. Four of the articles—authored, respectively, by Farnsworth and three of his colleagues at Brigham Young—are published here for the first time; the others have previously appeared elsewhere.

Although by no means devoid of empirical analysis (in the traditional sense), the pieces have been chosen primarily to present a point of view on significant international issues or foreign policy problems. This orientation led the editors to avoid the professional quarterlies specializing in the publication of research, and to draw instead from sources characterized by brief reporting of policy positions or social and political commentary. Thus, ten of the selections come from the Saturday Review, eight from The World Today, and seven from the Department of State Bulletin. Eight others are taken from newspapers, four from Vital Speeches of the Day, and nine others from speeches for which no previous published source is indicated. Of the eighty-two pieces, in fact, twenty-eight were originally delivered as speeches. Some of the better known contributors are Lyndon Johnson, Ho Chi Minh, L. I. Brezhnev, Charles W. Yost, Eugene J. McCarthy, Hubert Humphrey, Reinhold Niebuhr, Zbigniew Brzezinski, Dean Rusk, Otto Pass man, Pope John XXIII, George Kennan, and John F. Kennedy.

One may legitimately ask how this collection of speeches, commentary, and analysis hangs together as a supplementary reading package. The answer is, surprisingly well. The policy approach is particularly appropriate for the introductory course, and these pieces are discriminately chosen. Using a multitude of different selections could have presented a problem of diffuseness—the beginning student’s approach to the field is likely to be fractionated enough without having to digest and synthesize so many bits and pieces along with the lecture, the basic text, or whatever other readings are used. Moreover, when the contributions range from columnist Russell Baker (“Ever hear of a two pants suit?”) to Pope John XXIII (Pacem in Terris), with works of assorted scholars, journalists, politicians and public figures interspersed between, one might anticipate an almost indigestible melange. To the credit of the editors, however, this is not the case. The readings are generally well integrated to the few major topics through careful editing and arrangement. The selections within each chapter have an essential unity, and the materials overall are relevant to the central themes of change and security. The result is a surprisingly coherent, readable survey of basic issues in international affairs that ought to serve well in the classroom. 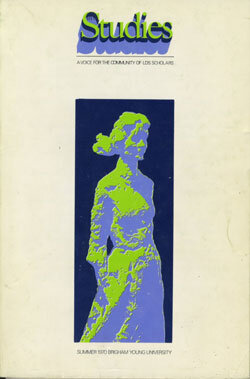 Next:
Smoking and Politics

1. James N. Rosenau, International Politics and Foreign Policy (New York: The Free Press, 1961). This reader, with nearly all new material, has gone into a second edition (1969), but the first edition remains in print.