The American Discovery of Europe

Jack D. Forbes, a scholar with Native American ancestry, has a long publishing history treating neglected topics that involve Native Americans (whom he calls simply “Americans”). In The American Discovery of Europe, Forbes weaves facts from recondite sources into a surprising story of Amerindian voyagers who reached Europe before conventional history opens with Columbus’s first voyage. He also documents the seizure by European slavers after 1492 of thousands of Americans who were carried to Europe and elsewhere.

Forbes makes a credible case that in about 1476 Columbus saw two people at Galway, Ireland, who had arrived by canoe from the West but whose language could not be understood. The man and woman were supposed to have come from “Cathay,” that is, East Asia. Presumably, they were accidentally carried from North America aided by the Gulf Stream. This encounter confirmed for young Columbus that Cathay could be reached by sailing west across the North Atlantic. Forbes uses considerable information about little-known late medieval mapmaking in Europe to bolster his case. (Other scholars, such as Gavin Menzies, are also currently discovering other data showing that the Atlantic and lands beyond it were within the purview of cartographers of that era.)

A long chapter sketches a fairly detailed picture of native boatbuilding and navigation, mainly in the Caribbean area. Conventional scholarship has neglected the considerable information extant on these matters; it is to Forbes’s credit that he draws attention to much of it. He acknowledges that much of the picture “must be reconstructed from the often fragmentary records left by early European observers or from archaeological and oral historical sources” (41).

Another chapter sheds light on relationships between the Inuit (Eskimo) people of Greenland and northeast North America and the Norse settlers there, especially on the kayaking skills shown by the former. The mysterious “Finn-men” occasionally reported arriving from the West in the British Isles and even on the continent may well have been North Americans, as Forbes argues interestingly if not to the point of certainty.

Forbes deserves praise for the open-mindedness with which he entertains notions about transatlantic voyaging from America that are rarely accepted or even mentioned by orthodox historians. This position makes all the more disappointing his arbitrary shutting off of other interesting possibilities. For example, to him there is no possibility that Europeans using simple craft could successfully sail westward. Axiomatic acceptance of that viewpoint keeps him from even considering some contrary explanations for some of the dates he cites. In thus ruling out pre-Columbian voyages from east to west, he fails to acknowledge, let alone discuss, the substantial literature that reports a large number of modern voyages made in fragile, technologically unsophisticated craft that undercuts his notion that westward voyages across the North Atlantic were impossible.

While the book makes available a diverting set of neglected information, the work as a whole turns out to be less important. Nowhere does Forbes demonstrate that the journeys by Native Americans that he documents or conjectures had observable consequences for the history of either Europe or the voyagers’ homelands—historically, technologically, or genetically. The American Discovery of Europe is for readers of history like a tiny scene in a Brueghel painting, amusing to peruse briefly but not very significant for those who are concerned with the bigger picture.

John L. Sorenson is Professor Emeritus of Anthropology at Brigham Young University. His publications include “Ancient Voyages across the Ocean to America: From ‘Impossible’ to ‘Certain,’” Journal of Book of Mormon Studies 14, no. 1 (2005): 5–17. 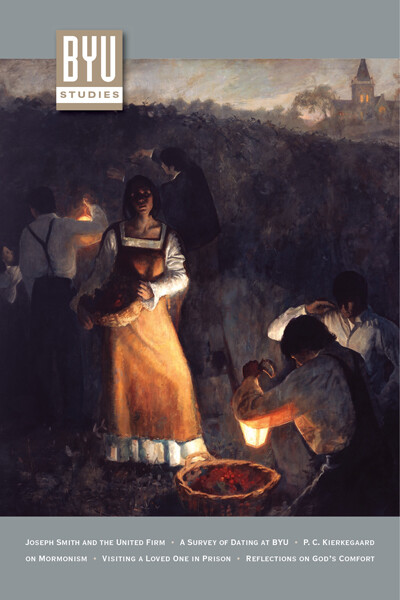 BYU Studies Quarterly 46:3
Next:
The Family in the New Millennium