The Lord of Experience

This review has given me trouble. I’ve started it four times and I’ve torn up my manuscript each time. The problem is not that I find it difficult to say something complimentary about Clinton F. Larson’s The Lord of Experience and that I am afraid of offending a friend and fellow poet; the very opposite is the case. I can find next to no fault with the book. Such a position on the part of a reviewer is not, to say the least à la mode these days; but I see no virtue in adhering to a critic’s pose for the sake of the stance alone. Therefore, I stick my neck out and declare flatly that I find this volume the most significant collection of poems ever to have come out of Mormonism. Let me explain that term significant: I do not infer that Dr. Larson has in any way added to the body of Church doctrine as Eliza R. Snow did in “O My Father.” Neither do I have any hope that his lyrics will eventually become the texts for a body of beloved hymns as did the verses of, say, W. W. Phelps. I do not even hold it plausible that these poems will be widely quoted from the pulpit by future generations of sacrament service speakers; they are too difficult and compressed for that. What I do mean by significant is that they are poetry. For the first time we as Latter-day Saints can point to a volume of verse and say to the literary world, “We too have a real poet, an artist of skill, knowledge, power, and depth.” For the first time we can say of a collection of Mormon poems that matter and manner have come together. These pieces are neither pretentiously stiff exercises in metrics nor simple versified sermons. Too much earlier LDS poetry has been simply one or the other. In other words, we can finally say that we have in Mormon letters a book of verse in which craft and message merge to produce that evanescent mystery called art.

Remember that I said that I can find next to no fault with the book. That is not to say that I find none. I find, as a matter of fact, two: the first is a shortcoming on the part of the author, the second on the part of the average reader. It must be admitted that Dr. Larson is sometimes guilty of overreaching in his poetic diction. He too often employs the strained, the obviously intellectual word when a simple word would work as well, often even better. Let me cite a single instance to make my point: in “The Dauphin and the Crows” we read, “They cast their meadow flowers to the sky,/And circle round, and trip as if to fly!/While some proliferate epyllia,/Spry Aeschylus exudes idyllia./The Saturnalia!” Indeed! That is too much verbal cuteness to be either effective or sincere.

But if such strained esoterica as this and the poet’s exaggerated fondness for Latin sometimes get in the way of the poetic experience, they do not come often enough or overwhelmingly enough to obscure or even seriously hinder the total effect of the individual poems. For the most part the poems are lucid. I do not mean to say easy. Recall that I have placed blame on this point not on the head of Dr. Larson but on the head of the average reader. The history of poetry is crowded with examples of difficult poetry that remains excellent poetry. Elliot, Hopkins, Browning, Shelley, Blake, for example, must all be held blamable if Dr. Larson is to be held blamable. I say simply that there is nothing wrong in a poet’s demanding intellectual probing from his reader so long as he gives in the work itself all of the clues and evidence the reader needs for the interpretation. Because Dr. Larson does, I say his poems are lucid. If he demands that his reader think rather than simply feel, so many more plus points for the poems, I say.

Beyond the attraction of intellectual depth, I find much else to praise in the volume. If some have complained that the author’s plays lack a driving dramatic force, they cannot make that accusation about his poetry. One need read only “Homestead in Idaho” to test the veracity of this claim. It moves, it involves, it strikes home. Of even such radically different poems as, say, “Advent,” exactly the same may be said. Many pieces in the volume have real dramatic impact. Try reading (or singing) “Before the Casket” to the tune of “There Is an Hour of Peace and Rest.” There you have a poem with punch (with or without the melody)!

Even the comic poems come off well. “Well-Laced Tea” is gruesomely delightful, and “The Old Maid” has a sardonic effervescence about it which delights everyone to whom I have ever read the poem.

But from my point of view, Dr. Larson’s lyrics are the greatest strength of the collection. One could spend much time and space examining and praising the skill and beauty displayed in “The Song of Light,” “Seagull at Dawn,” “The Imagined Daughter,” and on and on, but I think it most appropriate to end this review by quoting one single short poem—to me the best of a collection of superior poems—and let the work speak for itself in the hope that it may impel the reader to live with the entire volume for a while.

To a Dying Girl
How quickly must she go?
She calls dark swans from mirrors everywhere:
From hails and porticos, from pools of air.
How quickly must she know?
They wander through the fathoms of her eye,
Waning southerly until their cry
Is gone where she must go.
How quickly does the cloudfire streak the sky,
Tremble on the peaks, then cool and die?
She moves like evening into night,
Forgetful as the swans forget their flight
Or spring the fragile snow,
So quickly she must go. 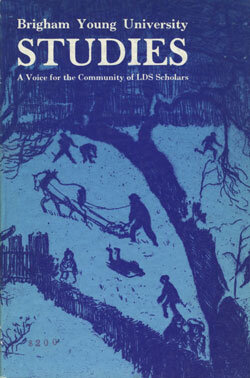 Previous:
From Puritan to Yankee