The New Religions of Korea

This is a pioneer work on an important aspect of modern Korean history and gives new insights into the nation’s social institutions, national character, and intellectual development as well as religious life. It is a composite of writings by three Koreans and two Americans, each of them well prepared by academic discipline and first-hand experience in Korea to write on modern or contemporary religious phenomenon there. Professors Choi Syn-duk and Choi Jai-sok, who write on the Tong-il movement and the Sindonae religious community respectively, are both sociologists; Professor Felix Moos, writing on the nationalistic Ch’ondogyo sect, is an anthropologist; and Professor Lee Kang-o, who analyzed the Jingsan-gyu sect, has a background in philosophy and folklore. Professor Spencer Palmer, the editor, fittingly, is a historian with broad perspective, long residence in Korea, and research and publications in the area of Korean religious and philosophical development. Besides bringing the essays together, he has written an excellent introduction coordinating the individual studies and placing them in proper context. The studies are especially impressive because of the insights given into such areas as the nature of religious syncretism in Korea; the direction which new religious developments take in Korea with the disintegration of traditional society and religions; Korean nativistic or revitalization surges in response to the impact of modernization and the relationship of religion to society, politics, nationalism, and so forth. In discussing Korea’s new religions, the authors find a number of common tendencies, like claims to divine revelation, visions, or some less concrete inspiration, in their origin. The new sects usually claim miraculous powers of healing and are close to the common people with their hopes, fears, and changing attitudes. They are usually concerned with meeting man’s physical and material needs here and now, but geographical and family considerations are less important than traditionally.

Professor Moos gives insight into how the new religions innovate and provide an indigenous Korean source through which Western influence may be filtered to provide cultural revitalization. The extensive cataloging of the many branches of Jingsan-gyo, their historical development, ritual, and doctrines in great depth by Lee Kang-o is very impressive. The critical, objective approach of Choi Jai-sok and his application of the latest sociological techniques to a study of an important religious community in Sindonae are most commendable, particularly the interview and questionnaire approach with a statistical quantification of data. One of the most interesting essays is that of Benjamin Weems, who has a career in government to draw upon. His emphasis is on politics and nationalism as they relate to the important Ch’ondogyo cult. The main criticism of this essay is its brevity compared to the other studies. Choi Syn-duk’s study of the Tong-il movement is a well-organized summary. The source of information is not clear, but the summary seems to draw on firsthand knowledge from when Professor Choi was earlier a member of the movement. This volume has demonstrated a large, fertile and almost untouched field of study in contemporary Korea which furnishes a challenge to all fields of the social sciences.

The challenge of the Korean scholars conveying their thoughts in English has been well met, but there are more than the average number of typographical errors in printing. It seems to this reviewer that it would have been well in a publication of this sort to include a theoretical discussion from the point of view of anthropology or the sociology of religion which would give a framework or basis for added insight into the religious phenomena presented. References to revitalization, anomic, nativistic, and other such behavior or activity are apparent, but the conceptual scheme is lacking. 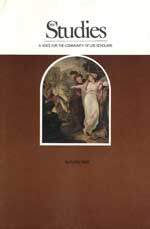 Previous:
The Theological Foundations of the Mormon Religion

BYU Studies Quarterly 09:1
Next:
Doctrinal Commentary on the Pearl of Great Price