If Eliza R. Snow kept journals during the years between 1849 and her death in 1887, as she rose to preeminence among Latter-day Saint women, they have yet to be unearthed. However, The Personal Writings of Eliza Roxcy Snow offers considerable consolation for that larger lack. This volume includes Eliza’s Nauvoo journal extending from June 29, 1842, to April 14, 1844, and her diaries written from February 12, 1846, to August 16, 1849, covering her journey to the Salt Lake Valley and her first two years there. The preface to the diaries contains a formal sketch of her life, the original version of which Eliza wrote for Edward W. Tullidge’s The Women of Mormondom, published in 1877. She revised it some years later for Hubert Howe Bancroft’s proposed series of histories of the western territories.

Editor Maureen Ursenbach Beecher, professor of English and research historian in the Joseph Fielding Smith Institute for Church History at Brigham Young University, is an authority on Eliza’s life and work, as evidenced by numerous papers and articles and a 1991 book, Eliza and Her Sisters. For Personal Writings, Beecher provides brief commentaries at the beginning of each section of Eliza’s writings. In her introduction, “The Life Writings of Ordinary Women,” Beecher defends the value of reconstructing history from the often mundane records left by women diarists.1 The argument is persuasive, although it overlooks Eliza’s far-from-ordinary status.

A woman of intelligence and determination, Eliza undoubtedly would have transcended the ordinary even without the recognition accorded her as a plural wife of Joseph Smith and, later, Brigham Young and as a sister of Lorenzo Snow. Still, these writings from 1842 through 1849—before she became president of the Relief Society and the Deseret Hospital Association and an organizer of the Young Ladies’ Mutual Improvement Association, the Primary Association, and the Woman’s Commission Store—remind us of the ordinariness of much of life, even life lived in the midst of momentous events.

Illustrations include photographs of Eliza and facsimiles of pages from the journal and diaries. Copious notes provide explanations and some interpretation of individual entries. Appendices offer biographical summaries of Eliza’s family members and identifications of persons mentioned in her writings. Although additional biographical information about Eliza herself is available elsewhere, a brief chronology of her life would have made a useful addition to this book.

Eliza’s writings offer samples of her daily experiences and those of her sisters in the faith. They visited each other often, both in town and on the trail, meeting not only to share sympathy and support, but also to participate in outpourings of the Spirit, to bless one another, and to speak in tongues. They also consoled each other; twelve of the twenty-seven poems Eliza recorded in the trail diaries addressed words of comfort to families of those who had died. The sisters attended to physical, as well as spiritual needs; in the index, only the entry “poetry by Eliza R. Snow” (309) exceeds “food” (304) in length. These women persevered through miserable weather, dangerous river crossings, and frequent illness. Once Eliza reported careening along the trail “slash mash down over stumps, trees &c. &c.” (204).

The reader will learn less about the inner life of “‘Zion’s poetess’” (2) than about her daily activities. Beecher calls attention to a poem, “Retirement,” that ends each stanza with the line “When [or “while”] there’s nobody here but Eliza and I” (xviii, 64), making the distinction between the public woman known as “Sister Eliza” or “Aunt Eliza” and the private “I.” Beecher concludes that the inner woman remained intentionally hidden from her contemporaries. If Eliza meant to remain over our horizon, she has her way. 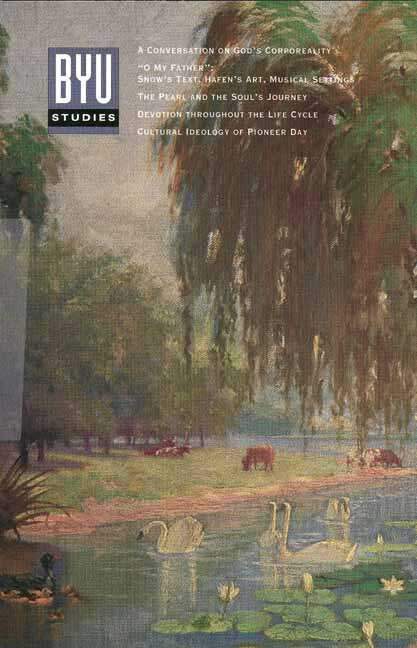