What the Gospel of Judas Really Says

Among the various apocryphal titles mentioned by the early Church fathers is the Gospel of Judas, a Coptic version of which was recently found in Egypt, purportedly taken from a limestone box together with several other texts during an illegal raid of a burial cave in 1978. Before its first publication by the National Geographic Society in 2006, it was apparently sold, stolen, recovered, sold again, then again, frozen, thawed, and repossessed, such that by the time the work of conservation finally began in 2001, the pages of the Gospel of Judas had been broken into numerous pieces, some of which have probably been lost forever.1 Thanks to the efforts of Rodolphe Kasser, Florence Darbre, and Gregor Wurst, the surviving fragments (about 85 percent of the text) were conserved and reassembled.

In April 2006, a transcription of the Coptic text of the Gospel of Judas was posted on National Geographic’s web page. Based on this “preliminary edition,” National Geographic published an English translation of the Gospel of Judas by Rodolphe Kasser, Marvin Meyer, and Gregor Wurst, in collaboration with François Gaudard. The book, which also features commentary by Kasser, Meyer, and Wurst, as well as by best-selling author Bart Ehrman, sold well and quickly due to its claim that in the Gospel of Judas, to cite Ehrman’s commentary, Judas is portrayed “not as the evil, corrupt, devil-inspired follower of Jesus, who betrayed his master” but “instead Jesus’ closest intimate and friend, the one who understood Jesus better than anyone else, who turned Jesus over to the authorities because Jesus wanted him to do so.”2 If it were not for this claim, the Gospel of Judas would not have received much attention. But as it was, the text became a topic of conversation for several months in various settings, including a panel discussion by a few BYU professors on April 15, 2006. Since the papers prepared in conjunction with that panel discussion were published in BYU Studies later that year,3 its readers may be interested to know that the work of the National Geographic team has also faced mounting criticism from scholars like April DeConick (best known for her work on the Gospel of Thomas).

The central point of DeConick’s book The Thirteenth Apostle is that, contrary to what the National Geographic team has written, the Gospel of Judas does not portray Judas positively; rather, “he is as evil as ever” (61). DeConick’s criticisms of the portrayal of Judas by the National Geographic team are not limited to issues of translation and interpretation, weighty as these may be, but include the transcription and restoration of fragmentary or otherwise difficult passages of the Coptic text. To some extent The Thirteenth Apostle is also a criticism of two other monographs, The Lost Gospel of Judas Iscariot by Bart Ehrman and Reading Judas by Elaine Pagels and Karen King. Both books, like all early publications on the Gospel of Judas, are dependent on National Geographic’s “preliminary edition” of the Coptic text.4 One example of DeConick’s criticisms must suffice. According to the translation of the National Geographic team, Gospel of Judas 46:24–47:1 reads: “In the last days they will curse your ascent to the holy [generation].” DeConick argues that this translation is based on a faulty transcription and emendation in the “preliminary edition” of the Coptic text, and that what Jesus actually tells Judas is: “You will not ascend to the holy [generation].” This “terrible mistake” was corrected in the critical edition of the Gospel of Judas published by National Geographic in mid-2007. Unfortunately, by then it was too late for Pagels, King, and Ehrman (54–57), to say nothing of other scholars and the general public. Although it deals with such specialized topics as Coptic language and Sethianism (the phenomenon that produced the Gospel of Judas), DeConick’s book is readily accessible to nonspecialists; it contains general introductory chapters on early Christianity, an annotated bibliography of further reading, a summary of Sethian literature, a collection and discussion of patristic statements on the Gospel of Judas, and a series of answers to basic questions someone unfamiliar with the Gospel might ask.

The Thirteenth Apostle has prompted several responses in print and online, including one from the National Geographic Society and several from team member Marvin Meyer. At issue is more than just the academic debate over “what the Gospel of Judas really says” as a second-century Sethian text, since for many people the portrayal of Judas (whether historical or not) has strong theological and political implications. Apparently some have found in DeConick’s book a weapon to use against the blasphemies of the National Geographic team, while others see it as yet another demonization of Judas and manifestation of anti-Semitism. Though the number of scholars on her side is increasing (in fact, DeConick has never been alone), overall Meyer does not seem to be backing down, at least from the possibility of a good Judas, and the academic debate no doubt will continue. National Geographic released a revised edition of its original publication of the Gospel of Judas in mid-2008, and DeConick’s book will be reissued in an expanded version later in 2009. 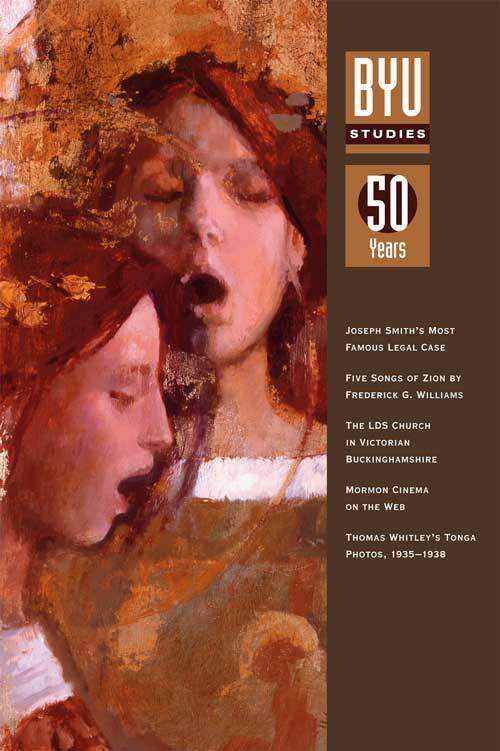 Previous:
American Religions and the Family

Grant Adamson is a graduate student at Rice University and presented at the Codex Judas Congress, March 13–16, 2008. He received his BA and MA at Brigham Young University.

1. For an extended account of the discovery and subsequent history of the text, see Herbert Krosney, The Lost Gospel: The Quest for the Gospel of Judas Iscariot (Washington, D.C.: National Geographic, 2006).