The World of Josephus

The historical writings of the Jewish historian, Josephus (37–100 A.D.) are our best source for knowledge of conditions in Palestine during the first century A.D. The English classicist G. A. Williamson has tried a new approach to the study of this controversial figure by relating him more completely to his Palestinian and Roman background. About four fifths of the book is devoted to a description of the life of Josephus and the political cross-currents in Palestine, their relation to the Roman Empire, and the final explosive Jewish revolt against Rome 66–70 A.D. The career of Josephus is intimately associated with these events in his role as a Jewish aristocrat, diplomat, and commanding general against the Romans in Galilee. He was defeated and captured early in the war. Then he became a Roman partisan and negotiator who tried to persuade the Jews to submit to Rome. The leading personalities and events of the immediate pre-war period and the war are set forth with sharp descriptive and narrative skill by the author. To a large degree Williamson presents his account from the exciting and dramatic eye-witness perspective of Josephus’ Jewish War supplemented with his own scholarly commentary.

The last thirty years of the historian’s life were spent in Rome as a highly favored protégé of the Flavian emperors Vespasian and Titus, who commanded the Roman forces in the Jewish War. He received wealth, Roman citizenship, and imperial protection from the slander and conspiratorial prosecution of bitter Jewish enemies. This hostility is understandable because of his changing sides during the war and the pro-Roman bias of his Jewish War. He devoted this time to literary activity. He learned Greek and was aided in his writing by learned Greek assistants and a wealthy patron, Epaphroditus.

He wrote the Jewish War about 75 A.D. to correct the inaccuracies of Greek writers of that episode and to honor the achievements in it of his imperial patrons. Towards the end of his life he wrote Jewish Antiquities to present the great historical and religious heritage of his people to a hostile Gentile public. About the same time he wrote his Life, which is almost entirely devoted to a violent defense of his conduct in the early months of the war because of the charge in a recently published book by a Jew, Justus of Tiberias, that he had agitated the war. He also launches a vitriolic attack on the activities of Justus himself as an agitator for revolt. There are many flat contradictions between his account in the Life of his role in the war and the account in his Jewish War. His last preserved work is Against Apion, a learned and literary refutation of the many false criticisms leveled against the Jews and their religion by sophisticated Greek intellectuals led by Apion of Alexandria. Josephus manifests here a genuine and deep devotion to the faith of his people.

Williamson shows clearly why Josephus has been the subject of extended and bitter scholarly controversy for many years. In his evaluation of Josephus as a historian, he avoids the extremes of unduly harsh criticism and high praise. The faults of the Jewish War are very real with its harsh judgments and biting attack upon his personal enemies, the many long speeches of Jewish and Roman leaders, the boasting and self vindication of the author’s own conduct, the highly dramatic exaggeration in the tales of stupendous heroics, horror, violence, suffering, and the enormous battle statistics. Furthermore, there is constant adulation of the brilliant strategy, resourcefulness, courage, and virtue of Vespasian and Titus. However, this display of rhetorical distortion and bias must be viewed in the light of contemporary Greek and Roman historiography. Viewed in this context Josephus was merely following the conventions of the historical guild. On the other hand his collection of numerous sources including the memoirs of Vespasian and Titus, his basic accuracy in the account of the war, except wherein he was personally involved, his description of Palestinian geography, battle topography, the city of Jerusalem, Roman military engines, weapons, legionary formations and discipline, and tactics are essentially accurate and valuable history. The Antiquities is far inferior in historical quality to the Jewish War. It is history from Adam to 66 A.D. Most of it is based on the Old Testament supplemented by legends and the author’s imagination. Its literary style is dry and involved except the description of the reign of Herod the Great whose vivid and full account is based on the Greek historian Nicolaus of Damascus.

A work of such extensive description and analysis as Williamson’s is bound to raise some questions of emphasis, omission and interpretation. The long historical survey is largely confined to the outstanding leaders and political events. One could wish for a more penetrating analysis of basic political issues and causes. Likewise there is little attention to fundamental social and intellectual trends that are pertinent to the background of Josephus. There is a superficial treatment of contemporary Jewish religion and hardly anything about the role and significance of the Law of Moses. The Pharisees are given an extremely negative image not in keeping with recent scholarly studies. Nevertheless, it is a most interesting, well written, and informative analysis of Josephus, his life, character, and significance as a writer and historian in his relationship to the vital and complex events of his time. 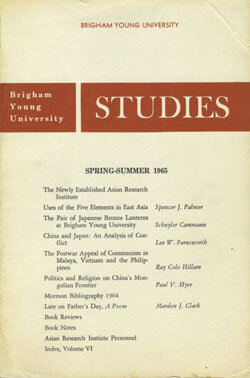