Even though I’ve read and reread They Are My Friends, there still remains a pair of mysteries I had hoped the text might resolve. First is the “unfindable Nahum,” son of Joseph Knight, Sr., who literally disappears from the Nauvoo scene. Knight family genealogists have agonized over his whereabouts, and historians have tried a hand—still he remains lost and elusive. Nahum drops out of sight with wife Thankful and a progeny of seven. Did he die? Had disillusionment set in? He doesn’t exist in family records after the Illinois period, and external sources yield nothing either. Nahum Knight is a nagging void that needs to be solved.

Second mystery: Whatever happened to Emily Coburn Slade Austin, sister of Sally Coburn Knight and niece of Joseph Knight, Sr.? Emily, author of the exposé Mormonism; or, Life among the Mormons (Madison, Wis.: Cantwell Book and Job Printer, 1882), similarly disappears in later years from the Wisconsin scene. What was her final disposition? Was “Austin” only a pseudonym? (She did disguise, partially at least, many of the true-life characters depicted in her volume.) Where did she spend her last moments? Emily’s book gives invaluable information on certain events in the earliest history of Mormonism. Are additional insights to be gleaned at her trail’s end?

Aside from not resolving these personal inquiries of mine, William Hartley has done a very fine job of expanding the vista of the Knight family and their indelible impression on the Church at its inception.

In assembling family histories, researchers tend naturally to accentuate the positive and deemphasize or eliminate the negative. Bill Hartley told me that he had been given personal freedom to praise the family where deserving and to identify problem areas when they arose. So I “rattled around in the closet” to see what pieces might fall out. During a period so charged with the diversity as the Knights experienced, perpetual harmony and bliss were not likely. Therefore the query, does the book realistically include the troubles as well as the successes? Hartley strikes an equitable and informative balance. He does not spare the initial skepticism of Newel and Nahum Knight of the Prophet Joseph Smith’s message. He does not temper difficulties between Newel and his brother Joseph; Between Newel and his brother-in-law Freeborn DeMille; between Newel and Aunt Electa Peck; and between Newel and the Colesville Branch. Also, the momentary estrangements from the Church of Benjamin Slade and William Stringham are described (the author might also have included the episode of Aaron Slade, Jr., son of Molly Knight Slade, who got as far as Buffalo, turned back, and “lived out his life on the Chemung”). The value of investigating these family adversities may not lie so much in their enumeration per se as in the ability of the Knights to find solutions to their problems and yet continue to function in the midst of such vicissitudes. In any instance, the reader may anguish with the Knights during both the best and the worst of times.

Among the single contributions of the Knights must be the legacy of personal writings they left, descriptions of key periods in Church history: Joseph Knight, Sr.’s “Recollections”; Newel Knight’s journals; Joseph Knight, Jr.’s “Incidents”; Lydia Knight’s “History”; and Emily Austin’s “Life among the Mormons”—all are priceless segments of information not available in any other source. The rediscovery of Joseph Knight, Sr.’s “Recollections” by Dean Jessee has created a flurry of interested scrutiny. However, Newel Knight’s journals, a particularly important resource, have remained comparatively untapped. William Hartley has generously spread the significant findings from these records throughout the volume.

Although many readers will focus on the Knights as they interact with the Prophet Joseph in the formative days of New York, a most impressive sequence is the pilgrimage of the Colesville Branch from Broome County, New York, via Thompson, Ohio, to Kaw Township, Missouri. I was especially captivated by the vividness of the Missouri persecutions as they unfold through the eyes of family members. The Knights became, in effect, a prototype of all those hundreds of Saints who were bodily thrust from Jackson to Clay County, from Clay to Caldwell County, and later from the state. The personal descriptions and notarized statements that express their sufferings and losses become an index to the difficulties that whole mass of exiled people experienced.

Newel Knight was a miller by trade. Whenever time and opportunity presented themselves, during his perpetual migration from one location to the next, he constructed a mill. His efforts supplied a basic need for the Saints and served to better his own circumstances. They Are My Friends documents an important aspect of social history: a Mormon businessman is continually frustrated in his designs by a succession of upheavals. This sequel is particularly well illustrated in Illinois, where Newel is again forced to endure the complexities of closing down his operation and moving once more.

From Moroni to Miller, this volume takes us through the first period of angelic visits in western New York to the vanguard camp of Bishop George Miller in “Unorganized Territory.” The little understood advance company of 1846, Newel Knight’s special assignment by President Young within that company, its settlement at Ponca on the Niobrara, the role of James Emmett, and the party’s eventual return to Winter Quarters in 1847 are among the most illuminating features of the book. William Hartley has successfully demonstrated that being on the Ponca was not in itself an act of rebellion—despite dissident spirits in the camp.

The Knight family can rightly claim many notable contributions to the establishment of the Church. The Knights gave generously of their material holdings and, very literally, their lives for the restored gospel. The high mortality rate of the immediate and extended family was undoubtedly increased by their association with the unpopular Mormon cause. Hartley graphically portrays their losses along the way. Joseph Smith, recognizing these sacrifices, extolled their loyalty both publicly and in his personal writings. The Prophet willingly acknowledged the Knights as his “friends.”

As Director of BYU Family History and Genealogy Research Services, William Hartley deals daily with the proper methods of writing family history. This volume—in research, narration, and design; source notes, end papers, and maps—relfects a specialist’s training. Aided by the excellent genealogical materials compiled by Darrel V. Knight and other modern Knight descendants, and coupled with his own typically exhaustive research efforts, William Hartley has done a superb piece of work. He has culled from a multiplicity of repostitories a wealth of new information. The dubbing of these combined resources into a single treatment has produced a creditable, meticulously detailed volume on the Joseph Knight, Sr., family during the years 1825 to 1850—and somewhat beyond. 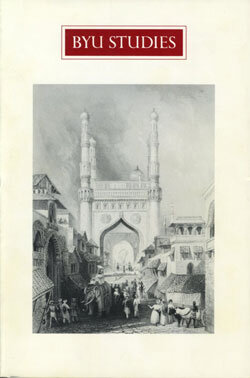