This interesting book, first published in 1874 in a limited edition, is now made available to a wider audience through the efforts of the Tanner Trust Fund, and the University of Utah Library, under the general editorship of Everett L. Cooley—reprinted as a part of the series on “Utah, the Mormons and the West.” Twelve Mormon Homes meets the series’ stipulations that their publications should “have intellectual appeal as accurate history and . . . emotional interest as good literature” in an admirable way. It presents a valuable historical picture of home and community life in several Utah towns visited by Elizabeth and Thomas Kane in the course of a trip with Brigham Young from Salt Lake City to St. George in December 1872. In addition, it gives important insights into the character and personality of Brigham Young in his declining years, and a view of polygamy through the eyes of a cultured Easterner, who was much opposed to the practice, but sympathetic to those who practiced it—especially the women.

The literary style is an intimate conversational narrative written by an intelligent, educated lady who realized that she was having a rare experience and wanted to make the most of it. Her descriptions of the scenery, homes, customs, food, religious attitudes and practices, and personalities help to make her book very interesting reading. Her allusions to well-known books and historical personalities give an added dimension to the somewhat folksy travelogue.

One of the most interesting contributions of the book is her impressions of Brigham Young, who had been indicted for adultery and murder a year before, and had been under house arrest for 120 days earlier in 1872. The Mormon leader’s appearance, attitudes, and sources of power were carefully observed by his Eastern guest. She was amused by his odd traveling costume, “a great surtout, reaching almost to his feet, of dark-green cloth (Mahomet color?) lined with fur; a fur collar, cap, and a pair of sealskin boots with undyed fur outward [and] . . . a hideous pair of green goggles.” But when he removed the goggles, and she met his “keen, blue-gray eyes . . . with their characteristic look of shrewd and cunning insight,” she felt “no further inclination to laugh.” She was amused at his insistence that every food cover on the table be removed when he pronounced grace and worried about the food getting cold as the prayers were prolonged. But she recognized him to be an effective leader:

I noticed that he never seemed uninterested, but gave an unforced attention to the person addressing him, which suggested a mind free from care. I used to fancy that he wasted a great deal of power in this way; but I soon saw that he was accumulating it. Power, I mean, at least as the driving wheel of his people’s industry.

Although she shows a constant interest in polygamy as practiced by her various hosts, she never speculates about Brigham Young’s numerous families.

Everett Cooley’s introduction gives valuable information about Thomas L. Kane’s relationship with the Mormons, including a revisionist view concerning his early motives for befriending the Saints. The editor’s footnotes are almost all of an explanatory nature, made necessary by Elizabeth Kane’s attempt to conceal her hosts’ identities by changing their names. Cooley’s identification of these people along with other biographical notes makes Mrs. Kane’s narrative much more interesting and informative.

There is very little to criticize about this publication. Perhaps some mention could have been made about Thomas Kane’s role in publicizing myths concerning the seagull and cricket episode of 1848, but this is a relatively minor matter. One disappointing aspect of the book is that it ends too soon—just when they arrive in St. George. There is no description of the two-month stay in Utah’s Dixie. The editor has attempted to supply this information but is not even certain of their place of residence. Perhaps more extensive research will fill this gap in the Kanes’ interesting and informative experience. 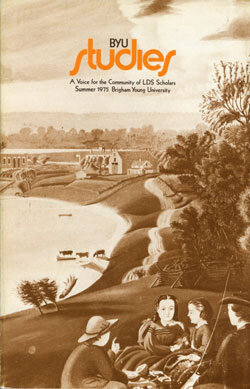