The Godbeites and Brigham Young

The Godbeites were a group of Mormon dissenters, mostly of British birth, who in the 1870s took strong exception to the communal economic policies of Brigham Young and other leaders of the Church. So outspoken was their criticism that most were eventually excommunicated, several after becoming attached to Spiritualism. This belief apparently served as a surrogate for the excitement and zeal that they had experienced as new converts to Mormonism in Britain but that they lost in the workaday world of life in Utah’s Zion.

Ronald Walker’s study is principally a collective biography of the most prominent Godbeites: William S. Godbe, after whom the movement was named; E. L. T. Harrison; Edward W. Tullidge; Fanny and Thomas Stenhouse; Amasa M. Lyman; Henry W. Lawrence; and Eli B. Kelsey. This was not a clique of inconsequential cranks. In 1864, Tullidge and Harrison founded the first literary journal in the region, Peep O’Day. Starting in 1868, Godbe and Harrison published the Utah Magazine, and the next year founded the Mormon Tribune, which evolved into the Salt Lake Tribune. T. B. H. Stenhouse published Rocky Mountain Saints in 1873 and in 1874 Tell it All, the expose of Mormonism by his wife, Fanny. As a group, the Godbeites were extraordinarily accomplished in merchandising, writing, and publishing—certainly well placed among the intellectual and entrepreneurial elites of Utah in their day.

Thus Walker’s study becomes much more than a collective biography. It provides a fascinating perspective on a critical decade in early Utah history, when the aging Brigham Young sought to complete the mission he had taken upon himself to fulfill Joseph Smith’s agenda. Brigham’s clear aim in the last decade of his life was to set the Church on a trajectory that would extend Joseph’s agenda into the future in spite of the distractions that the railroad, mining, and federal antipolygamy laws would bring. In exploring the period through the lives of the Godbeites, Walker offers us a thoughtful and empathetic description of Utah’s “high-noon” standoff between Brigham Young and the dissenters. Integral to that description is Walker’s exploration into the process by which an earnest group of Mormons began to question their faith, to seek for alternative spiritual underpinnings for their lives, and ultimately to move towards a resolution of stoic resignation—an aspiritual end to a remarkable spiritual journey.

Their movement began modestly enough, with these prominent merchants, who had long been working in a relatively laissez-faire economy, coming out in opposition to Brigham Young’s efforts, started in the mid-1860s, to restructure Utah’s economy along more communal lines. Walker sees the fundamental rift as arising from two opposite models of the appropriate character of economic life: an atavistic New England view that admitted central control for communal good, held by President Young; and a capitalistic, individualistic view, held by the British converts and arising from newly industrializing Britain. As the Godbeites became increasingly strident and open in their opposition to Brigham’s policies, however, they seemed drawn to seek a spiritual foundation for their opposition, which they found in the currently popular enthusiasm for Spiritualism—communion with the dead through the agency of a human “medium.”

During a trip to New York City in the fall of 1868, Godbe and Harrison consulted a medium, probably the renowned Charles H. Foster. Their medium claimed to call up the spirit of Heber C. Kimball, one of Brigham Young’s closest friends and his counselor in the First Presidency of the Church, who had died that June. In a series of seances, they received counsel and comfort from the voice of Heber C. Kimball and went on to receive subsequent revelations—some of which they recorded—from Joseph Smith Jr.; the ancient Apostles Peter, James, and John; the great German savant Alexander von Humboldt; Solomon; and even Jesus Christ. The messages they claimed to have received confirmed them in their stance against Brigham Young. They affirmed that the beginnings of Mormonism were divine and that even President Young had been an instrument of spiritual powers in helping to gather an “inspirational” people, now prepared to receive further light through Spiritualism. Godbe and Harrison thus found themselves at the vanguard of a “New Movement” that supposedly would help Mormonism achieve its full potential as an agent of human progress.

Returning to Salt Lake, the dissenters refurbished their ailing Utah Magazine and began, at first subtly, to lay the groundwork for the New Movement. While opposing Brigham’s economic policies, they also argued that there was a great need for the counsel of “the great spiritual and intellectual ones who have for over six thousand years been passing away and studying the divine science in higher realms” (151). Angered, Brigham Young forced the issue by calling Harrison on a proselytizing mission. Harrison’s refusal to accept the call was accompanied by a direct attack against Brigham in the Utah Magazine. Brigham responded by convening a Church court that excommunicated Godbe and Harrison. Undaunted, the two forged ahead in angry opposition to the Church President, and one by one, close friends and associates followed their lead, some in a quietly philosophical mode, others in bitter opposition to the whole world of Mormonism. Though their commitment to Spiritualism and the New Movement eventually waned, most remained estranged from Mormonism. Some lived out their lives in Utah, and a few, such as Godbe, eventually regained status and respect in the Mormon world. Only three, William Shearman, Edward Tullidge, and Charlotte Ives Godbe, returned as active, believing members of the Church.

So what had their movement accomplished? Walker notes that Utah of the late 1870s was dramatically changed from that of the ’60s. Rampant commercialism was in force, along with full-blown development of mines and mining, extensive railroad building, and much greater integration into the national economy. In effect, the economic policies this group urged were eventually realized and came to be acceptable to Brigham Young’s successors. Their dissent certainly encouraged these developments. Still, it would be a stretch to see them as principal agents of such change. The broader economic forces at work were inexorable and would have happened whether the Godbeite protest had taken place or not. Their resistance was hailed by some as courageous and farsighted, but one cannot help but see their subsequent lives as diminished and narrowed, deprived of the social context and of the energy and commitment that their conversion had engendered and that they hoped in vain through the New Movement to recapture. In some senses, their story reads like a Greek tragedy.

Walker skillfully interweaves his accounting of their lives, providing a narrative that is informative, engaging, and compelling. His study is impeccably researched, thoughtfully conceptualized, and brightly written, making it not just a recitation of the chronology of the Godbeite journey, but also a vehicle for thoughtful consideration of the meaning and place of faith, its power and its limits in our lives. 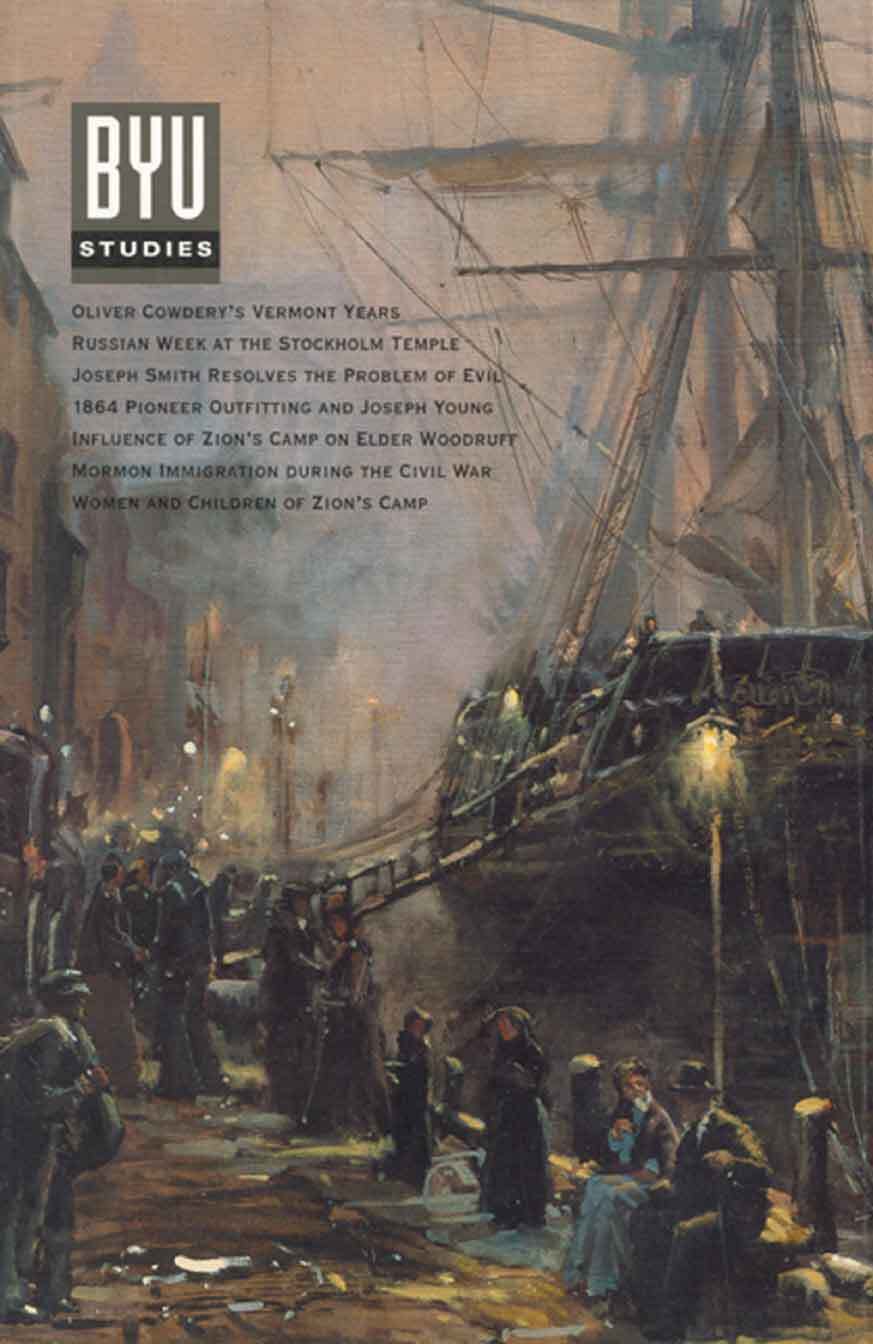 Dean L. May is Professor of History at University of Utah. He received his Ph.D. in 1974 in history from Brown University.