World Trade and Biological Exchanges Before 1492

This book by John L. Sorenson (emeritus professor of anthropology at Brigham Young University) and Carl L. Johannessen (emeritus professor of geography at the University of Oregon) presents a comprehensive, well-referenced, and intriguing overview of historical and archeological evidence for pre-Columbian exchange of plants, microfauna, and animals between the Old and New Worlds. Its style is more encyclopedic than narrative, resembling an expanded, annotated bibliography. I read with interest the sections dealing with the crops that I have researched genetically—Amaranthus and Chenopodium—as well as several other crops that I am very familiar with, such as cotton.

Since I and my colleagues at Brigham Young University will soon be publishing genetic data that identify the presence of Old and New World genomes in the crop quinoa (C. quinoa), this area of research on ancient transoceanic crop dispersal is one in which I think I have some expertise—at least in terms of genetics. The historical, archeological, and linguistic data referenced in this book in support of the pre-Columbian exchange hypothesis represent, cumulatively, a compelling body of work that, in my view, questions the wisdom of dogmatically accepting the existing paradigm of no pre-Columbian exchange (the null hypothesis).

The biological data in support of this hypothesis, however, are notably weak or absent. In my experience, however, this is likely the result of biologists not realizing the extent of the historical, archeological, and linguistic evidence in its favor; because of this oversight, many biologists may have not seriously considered designing experiments to question the null hypothesis of no pre-Columbian crop and animal dispersal. In the case of researchers here at BYU, we do not have access to germplasm of “quinoa-like” domesticated Chenopodium plants native to the remote Ladakh region of the Himalayas, though samples of weedy specimens from this region have shown greater genetic affinity to the Old World C. album than to Andean C. quinoa.

Sorenson and Johannessen therefore rate the likelihood of quinoa’s pre-Columbian dispersal as a “C”—correctly in my estimation, based on currently available data. As for amaranths, BYU researchers have demonstrated in the lab that Asian-cultivated amaranth samples originated from the New World germplasm pool—though whether this dispersal occurred before or after Columbus remains a mystery. Overall, this book is a valuable addition to the body of secondary literature on pre-Columbian biological exchange. 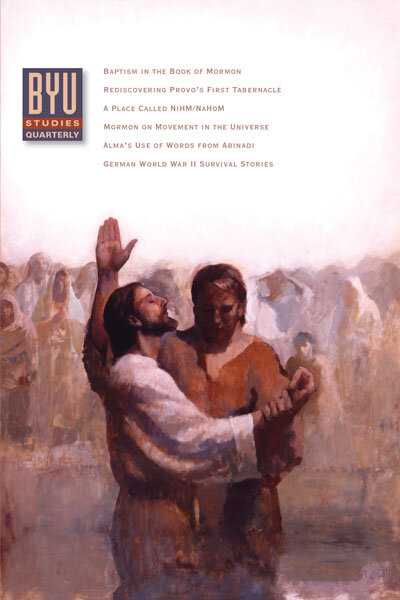 BYU Studies Quarterly 51:2
Next:
To the Peripheries of Mormondom