This small volume examines Zane Grey’s interest in Arizona and surrounding areas and assesses the role Arizona played in shaping his attitudes, as well as the attitudes of his readers and of moviegoers who saw films made from his novels. According to Kandace C. Kant, Arizona made a powerful impression on Grey. Grey, in his turn, by combining the spell it cast over him with nostalgia, optimism, romanticism, and strong but simplistic feelings about nationalism, race, and relations between the sexes, did much to place Arizona at the heart of the national perception of the West.

A foreword by Grey’s son Loren makes use of his father’s description of canyon scenery to establish a feeling for Grey’s writing and spirit. Kant follows with an introduction that makes Grey a child of the Turn-of-the-century era, showing how he was influenced by social Darwinism, progressivism, and a longing for values that were slipping away. Grey’s Arizona experience is organized under chapters entitled “Canyon,” “Reservation,” “Desert,” and “Forest.” His books dealing respectively with the canyon lands, the reservation, the borderlands, and the Tonto Basin are then considered. The concluding chapters deal with Grey’s role in promoting the 113 films that were based on his writing, the impact of those films, and the Zane Gray legend that emerged from both the novels and the movies. The final paragraphs chronicle Grey’s growing disenchantment with Arizona as it changed, and more importantly, one might speculate, as his initial responses were tempered with more realistic views.

Kant’s work is successful in its organization and presentation. There can be no doubt that Arizona was central to Grey’s regional interests nor that he did much to enhance the state’s image throughout America. As one who grew up between Grey’s canyon country and Tonto Basin locales, I well recall my own sense that I was at the heart of the West. To my youthful mind it seemed an almost unbelievable stroke of good fortune.

However, Kant’s effort to put Grey entirely into the perspective of the political boundaries of a single state detracts from both her presentation of his interests and the accuracy of her book. Where the canyon country was concerned, at last, Grey’s interest was attached to topography and extended well into Utah. Beginning with Loren Grey’s foreword, descriptions that clearly pertain to Utah appear in Kant’s analysis. While it is true that Fredonia is on the Arizona Strip and hence an Arizona Mormon village, and that Grey had opportunity to observe Mormons elsewhere in Arizona, his Mormon treatment is clearly tied to Utah. Kant mentions at least three books, Heritage of the Desert, Riders of the Purple Sage, and The Rainbow Trail, that deal with Mormons and with Colorado Plateau Mormon country. But this by no means completes the list of Grey’s Utah references. Other important books based at least partly in Utah include Wild Horse Mesa and Arizona Ames. In them Grey ranges well north of the Arizona border.

My Arizona background notwithstanding, I will confess to a little pique at the spirit of Arizona expansiveness that in Kant, as so often in the pages and photographs of Arizona Highways, follows geography beyond state boundaries and, without a by-your-leave to poetic license or anything, claims Utah for Arizona. The extension of Grey’s interests beyond political boundaries is apparent not only in his own preoccupation with the scenic wonders of Utah but also, interestingly enough, in the people Kant tells us influenced Grey most deeply in his views of the canyon country. These were James Emmett and David Rust. Both were Mormons. Rust lived at Kanab and outfitted pack trips. Emmett lived at Lee’s Ferry when Grey knew him, but had spent most of his life in Utah.

The significant point here is that in Zane Grey, and now in Kant, what may be called the literature of south western regionalism extends to southern Utah. Grey and others who like him trafficked in romantic settings peopled by heroic figures influenced the way southern Utah is looked at, enriching its imagery and relating it to the Southwest generally. This is a perspective lacking in the Mormon and anti-Mormon idiom of much Utah writing.

There has been a tendency in Utah to take umbrage at Grey’s portrayal of the Mormons. Kant, it seems to me, frees us from this defensive posture. She points out Grey’s acknowledgment of indebtedness to James Emmett as she does his progression from profound respect for Mormon pioneering to denunciation of Mormons as polygamist conspirators to a return to a more favorable view. One is inclined to accept Kant’s conclusion that, overall, Mormons do not come off badly in Grey’s canyon country writing. On the other hand, there is little evidence, either in Grey’s own writing or in Kant’s, that his quick trips allowed him to see deeply into Mormon society. Indeed, one is disappointed at how little he really saw and reflected. This is particularly apparent in Grey’s essay about Emmett (“The Man Who Influenced Me Most,” in the American Magazine, August 1926), of which Kant makes much. Actually, the article reveals little of how Emmett was a role model, and indeed it is generally a quick little item which sought to capitalize on a lion-catching expedition Grey and Emmett made on the Kaibab Plateau.

All told, however, Kant’s work is a welcome addition to south-western studies. Scholarship is sound, style appealing. The book is nicely gotten out and enhanced by carefully chosen photographs. Certainly our understanding of Grey’s writing is increased. We have occasion to contemplate again his influence on the images of our region and, to some degree, see in him our own flaws and strengths. Zane Grey gets as much as he deserves in the book, as no doubt does Arizona. But while Kant makes no specific point of it, her book provides insight into broader regional connections. 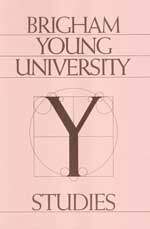