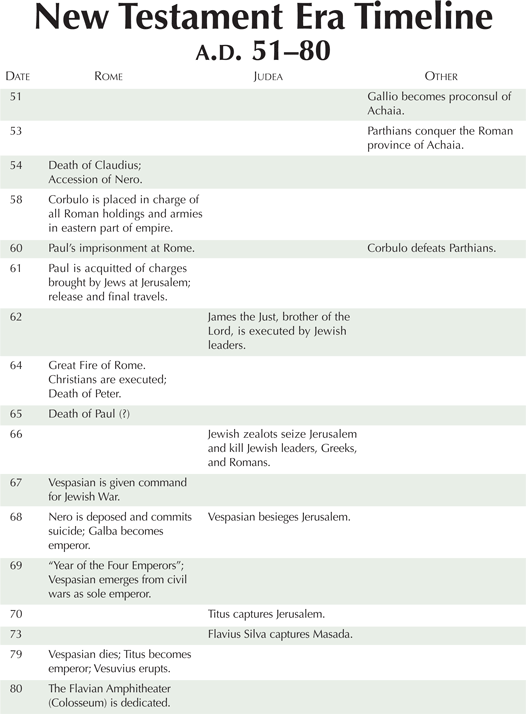 Three main cultures intersected in the world into which Jesus was born: Jewish, Greek, and Roman. Each played differing roles in the religious, cultural, and political environment for the initial proclamation of the gospel and the establishment of the kingdom of God.

As these charts show, Jesus was born at a unique moment in history. The Jewish nation had reached the height of its power, flourishing under the political and economic skills of King Herod the Great, who had brought unprecedented unity and unsurpassed prosperity to the Jewish people. At the same time, Augustus Caesar had established an empire-wide era of peace, which allowed the spread of Roman government and law as well as the further extension of the Greek language and its cultural attractions. It was a time of great expectations and new possibilities, but also of challenges to old ways and disruptions in old social orders.

The design of these charts puts events in Judea on center stage, yielding many insights into New Testament history. For example, Julius Caesar, who completed his ascendancy to power over Rome around 45 B.C., granted special privileges to Jews, allowing them to establish synagogues throughout the Roman Empire. This allowed Judaism to enter areas that would become fertile grounds for Christian missionaries one hundred years later, and it created a political climate in which a new religion could be born and thrive.