10-16 Parallels between the Trials of Jeremiah and Jesus 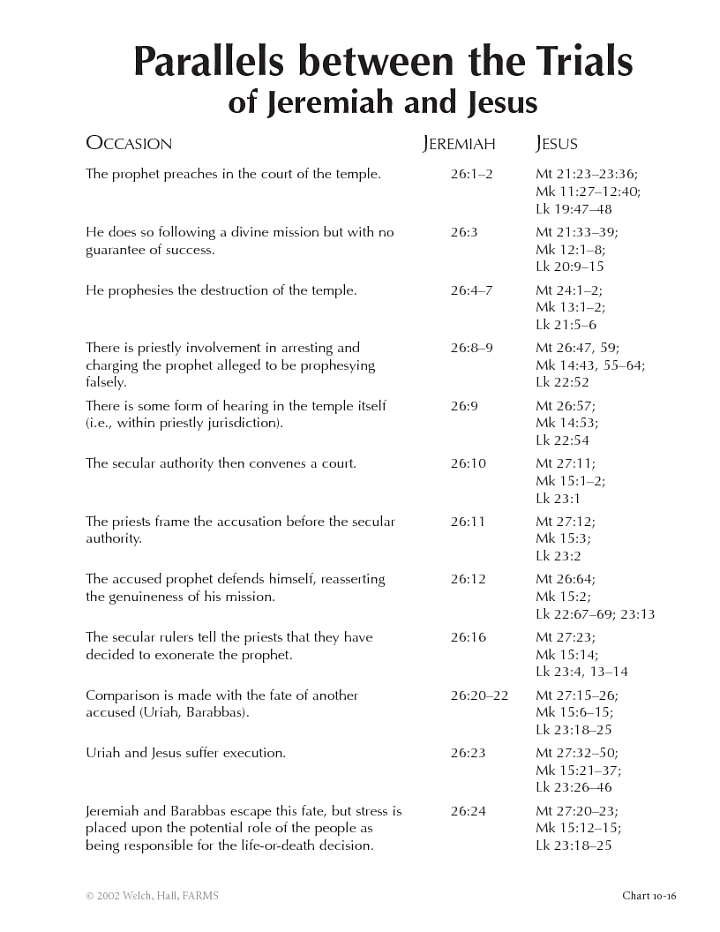 Another Old Testament precursor to the trial of Jesus was the trial of Jeremiah. Found in Jeremiah 26, this account reports how Jeremiah was accused of false prophecy, brought before a council of rulers, and accused by the priests and how he defended the genuineness of his mission. In a literary sense, the narratives of the trial of Jesus may echo the trial of Jeremiah. Because Jesus was associated in the minds of some people with Jeremiah (Mt 16:14), and like Jeremiah he had prophesied the destruction of the temple, both may have been exposed to the charge of being a false prophet, which under Deuteronomy 13 and 18 could be viewed as a capital offense.