10-8 The Hearing before the Council 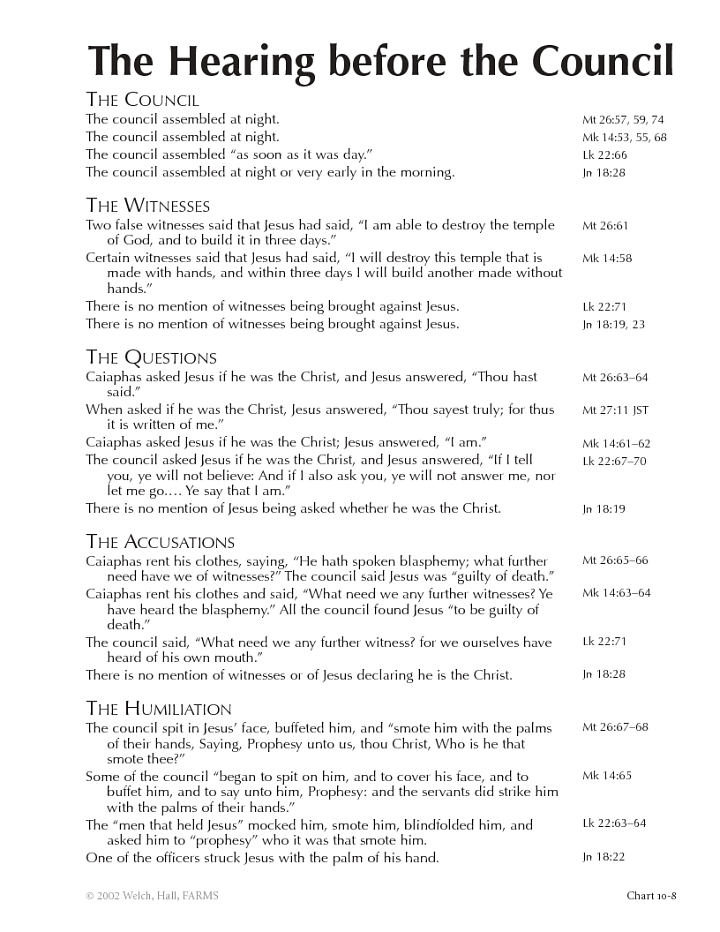 One of the greatest difficulties in reconstructing the events of the trial of Jesus is ascertaining what happened, or most likely happened, when he was interrogated before the Jewish council. Many important legal issues remain very obscure. Who were these people? Was this an official trial, or something akin to a grand jury investigation, only an informal hearing? When did the council meet? How many judges were there? Were witnesses produced? What questions was Jesus asked? How did he answer? Were those questions directly related to alleged crimes, or were they simply probing for further allegations? Was an actual accusation and verdict reached, or did the council just express outrage? What was the purpose and intent behind humiliating and shaming Jesus? On close inspection, different conclusions emerge from the different Gospels.