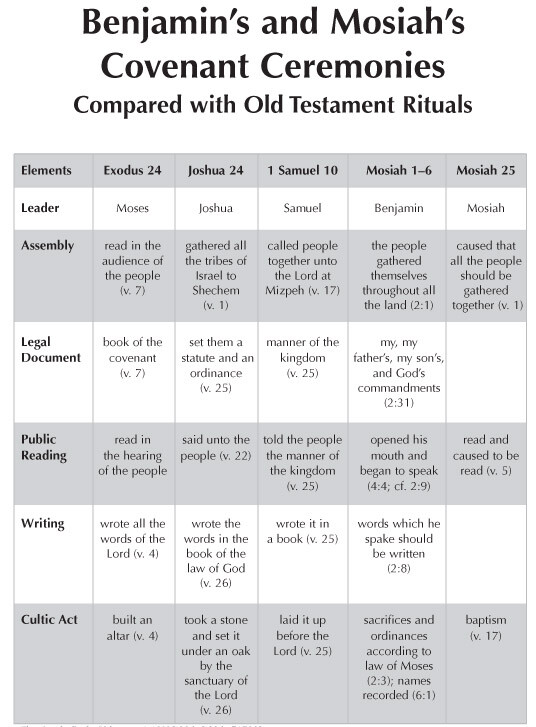 In Mosiah 1–6 and 25, Benjamin and Mosiah each direct a ceremony of spiritual renewal among the Nephite population. These ceremonies are similar to many other formal covenant-making ceremonies found in the Old Testament, beginning with the ceremony at Sinai (see Exodus 24) and including the ceremonies at Shechem (see Joshua 24) and Mizpeh (see 1 Samuel 10). In each of these, the king or religious leader of the people directs the ceremony, for ancient Hebrew kings were seen as mediators between God and the people. Other similar elements include gathering an assembly of the people by royal decree to make covenants, publicly reading the law or basis of the covenant, establishing or expounding upon a legal document, writing the speech down, and participating in cultic acts (ranging from building an altar to being baptized) to physically demonstrate acceptance of the covenant made. These similarities are further evidence of the Book of Mormon’s Old Testament roots and strongly suggest that the Nephites conscientiously followed established laws and customs brought with them from Jerusalem.