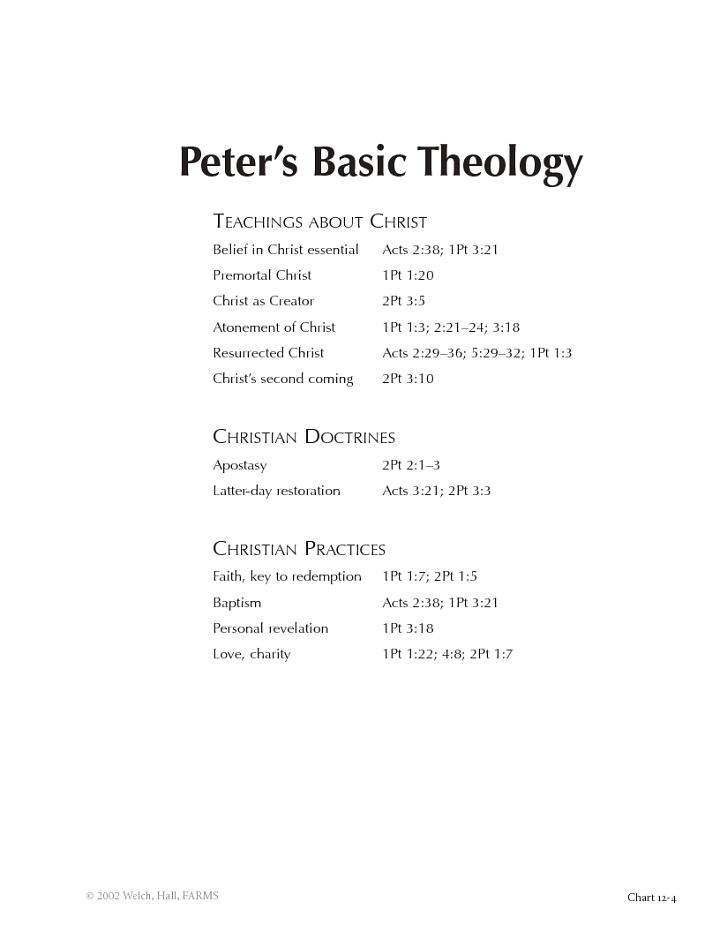 The teachings propagated among Christians in the first generation after Christ derived largely from Peter, John, and Paul. Through examination of the surviving writings of these three apostles, much of the nature of early Christian theology can be ascertained. Most prominent were teachings about Christ, testimonies of his divine sonship, and declarations of his atoning mission. Other teachings can be categorized as basic doctrines and as practices of the early Christian community. The three charts that follow highlight various teachings about Christ as well as Christian doctrines and Christian practices as articulated in the writings of Peter (chart 12-4), John (chart 12-5), and Paul (chart 12-6). Taken together these charts show that these three major spokesmen addressed similar subjects in similar ways. For example, John is often thought of as the apostle of love. However, Peter and Paul also spoke about this important subject, often using the same vocabulary or phraseology. How does one explain the commonalities? Most obviously, these apostles derived their teachings from Jesus Christ as their common source.