124 – Did Abinadi Prophesy against King Noah on Pentecost? 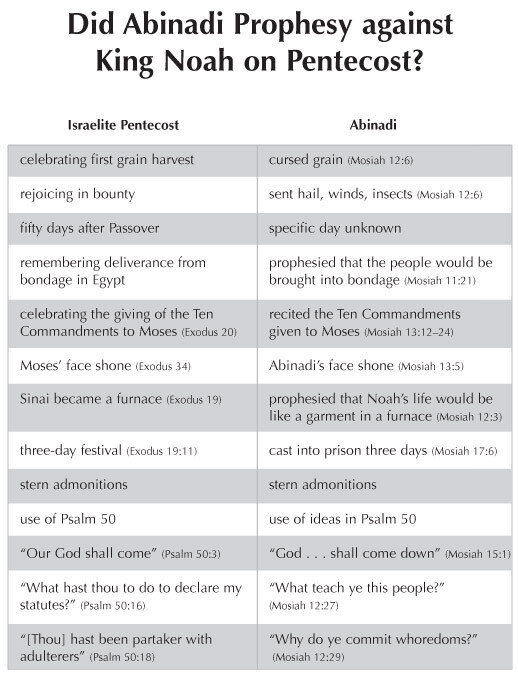 Abinadi may very well have prophesied to King Noah and his priests on or near the day of Pentecost, as textual clues in Mosiah 11–17 suggest. Pentecost in ancient Israel was a three-day festival in May celebrating the new wheat and bounty of spring. It was also a time for carefully listening to and celebrating the law of Moses, since God gave the law to Moses on Sinai at approximately this time in the year. Abinadi’s cursing of grain and sending destruction upon crops are a reversal of the themes celebrated at Pentecost. Ironically, at the same time when the priests should have been venerating the law, Abinadi rehearsed to them the Ten Commandments and chastised them for not keeping it. These and other clues listed in this chart are further evidence attesting to the Book of Mormon’s roots in ancient Israel.