127 – A Comparison of Nephite Law Lists 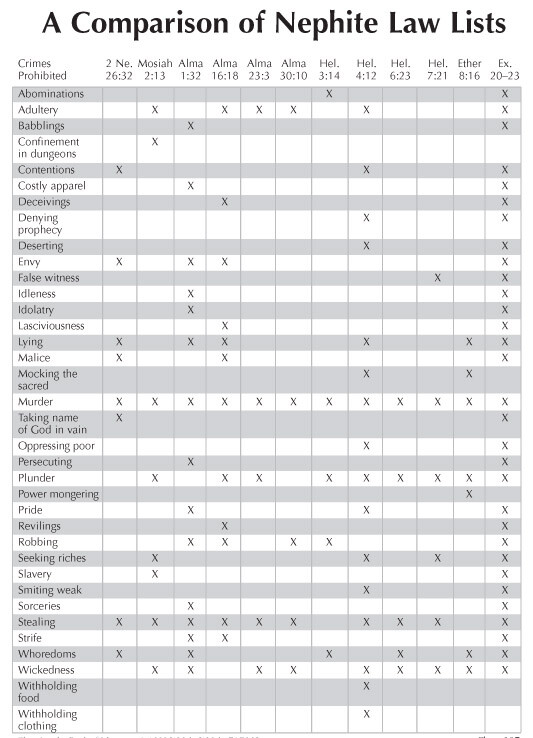 The law of Moses, written on the brass plates, was rigorously followed by the Nephites, whose prophets often referred directly or indirectly to it in recitations of various lists of crimes. More than ten such law lists are shown on this chart. Each of these law lists is unique. But when they are all merged into a single composite list, it becomes clear that they collectively proscribe the list of crimes found in Exodus 20–23 and some additional ones, such as power mongering and confining people to dungeons. Such striking parallels and clusters show the relatedness of the five books of Moses to the most frequently condemned crimes in the Book of Mormon.