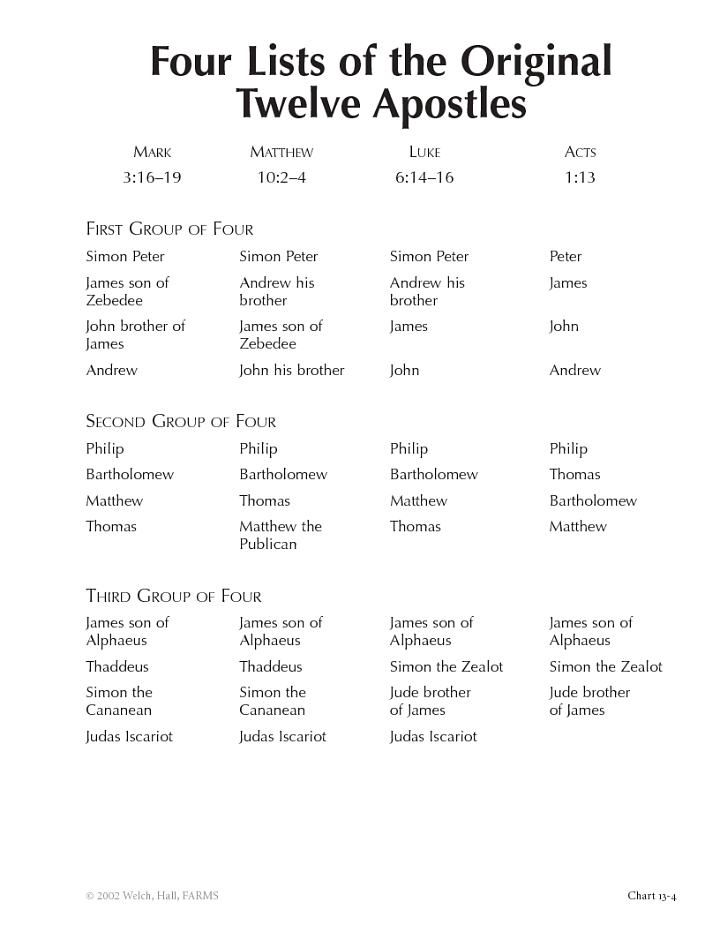 The Twelve Apostles are listed not only in the three synoptic gospels, but also in Acts. While the lists vary in order, they include the same individuals. The only discrepancy is that Mark and Matthew identify Jude as Thaddeus. Scholars suggest this was done to avoid confusion with the infamous Judas Iscariot. Elder James Talmage (Jesus the Christ, 224-25)

agrees that Jude and Thaddeus are one and the same. The listings appear in three groupings, always with the same four apostles in each group. The first group always includes the inner circle of Peter, James, and John, with Peter listed first, no doubt as an indication of his presidency within the quorum. It is unclear why the order of names within their groupings is different from one list to another.References: