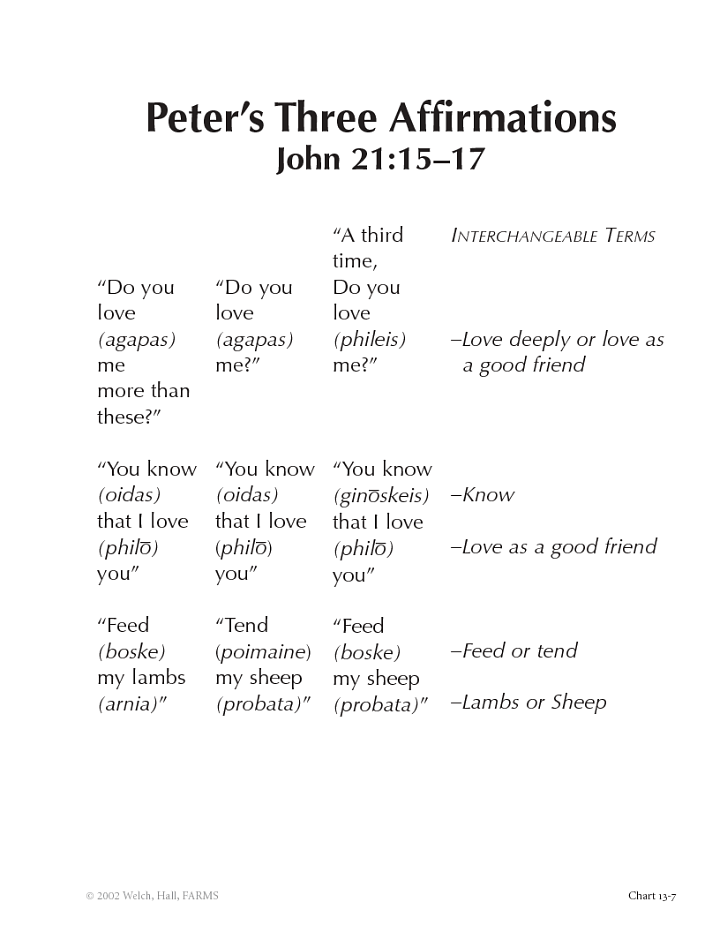 Although Peter “denied” Jesus three times during the night of his arrest (see chart 10-13), Peter affirmed his love for Jesus three times on the shores of Galilee when the resurrected Lord appeared there to his apostles. John, the beloved disciple and evangelist of love, sensitively recorded the intimate three-fold exchange between Jesus and his chief disciple Peter, as if to reinstate Peter following his three-fold “denial.” Repeatedly Jesus asked, “Do you love me?” Three times Peter answered, “You know I love you.” Three times Jesus charged Peter, “Feed my sheep.” Some people have tried to find subtle distinctions between the different Greek words for “love,” “know,” “feed/tend,” and “lambs/sheep,” but there appears to be little difference between the meanings of these words in these three particular verbal exchanges.