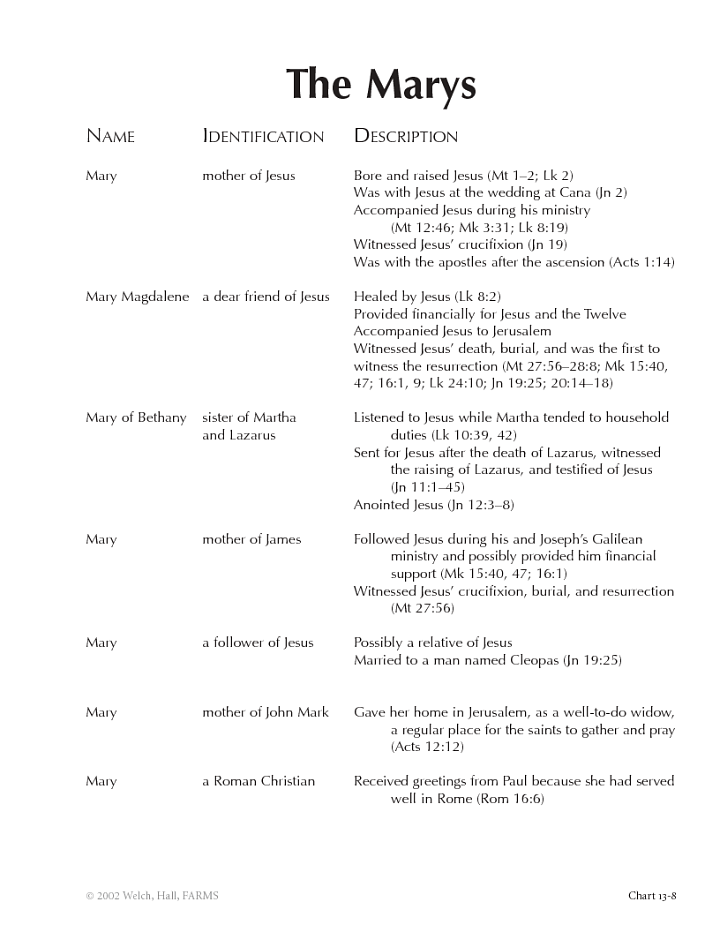 In the Judeo-Christian world of the first century, surnames were seldom used except by Romans. In keeping with the customs of the time, reference to individuals in the New Testament is usually made using only their given name or occasionally some other identifying factor such as filiation (who their father was, e.g., James the son of Zebedee) or provenance (place of origin, e.g., Mary of Magdala or Mary Magdalene). Such imprecise references produce a great deal of confusion about the identity of several individuals.

The following three charts differentiate, as much as possible, between the Marys mentioned in the New Testament, as well as the Jameses and the Johns. Among these people are some of the most important figures in early Christianity.