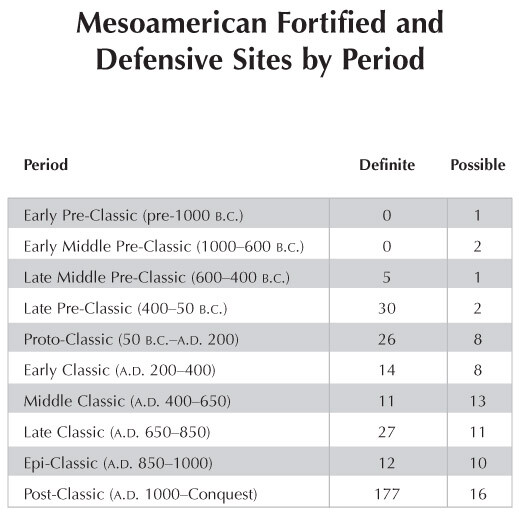 Archaeologists have now identified numerous fortified sites in Mesoamerica. In the early periods, these fortifications consisted of earthen barriers, stone walls with gates, wooden palisades, isolated guard posts, elevated defensive sites, and moats or ditches. The peoples in that land were once thought to be strictly peaceful, but that idea has been proven wrong. Although the numbers in this chart are tentative (dependent as they are on the accidents of archaeological discovery), it is interesting to note that the number of known fortified sites sharply increases in the period when the Nephites also experienced their years of greatest military conflict.