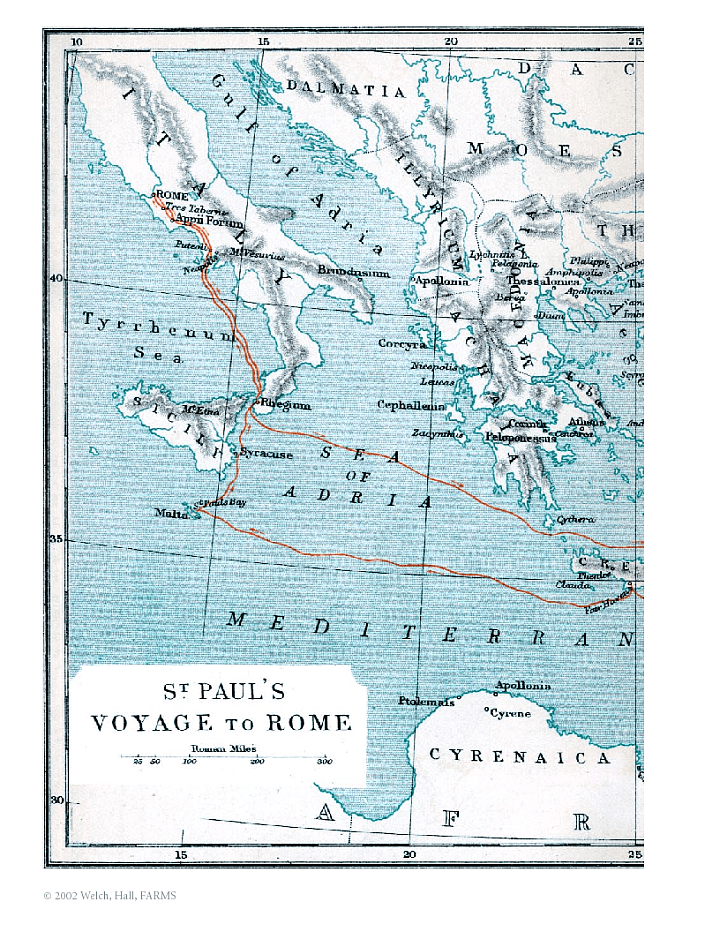 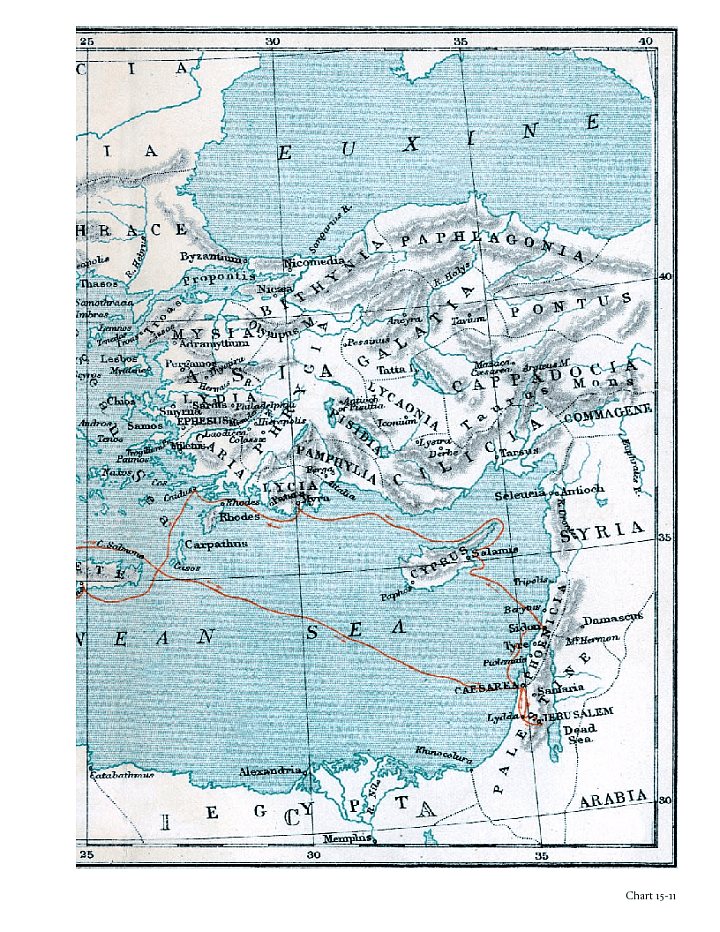 Paul’s journeys took him throughout the Mediterranean world. He introduced Christianity to many areas and was responsible for conversions in other areas. The branches of the church, large and small, contained many people with whom Paul was personally acquainted. Certainly he manifested concern that all run the good race to follow the example of Christ. To better understand Paul’s labors, a knowledge of Mediterranean geography is necessary, especially of the Roman provinces in Greece and in Asia Minor. The following maps offer the reader the necessary geographic orientation and depict Paul’s most likely route on his three missionary journeys and his voyage to Rome.