15-15 Teachings of Peter and Paul about Marriage 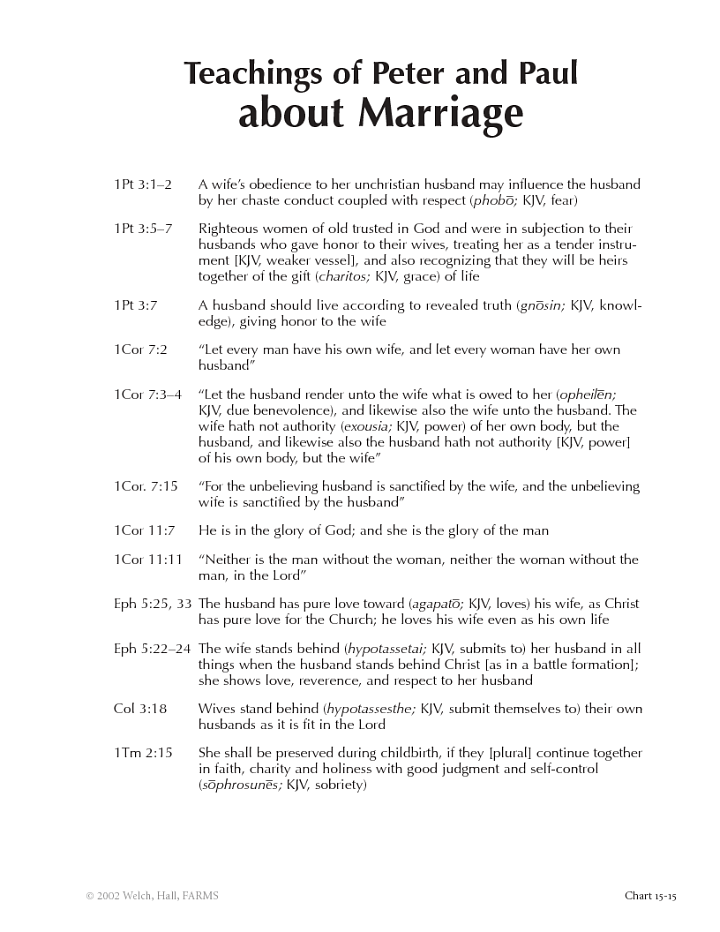 Marriage was an important part of New Testament Christianity. Both Peter and Paul encouraged marriage. Paul forsook marriage (or perhaps remarriage) while he served as a missionary, and he encouraged all single men and women to remain absolutely chaste like himself (1Cor 7:8-9), but he strongly rejected the false doctrine that “it is good for a man not to touch a woman” (1Cor 7:1). He gave advice to married couples regarding sexual relations within marriage; and he discouraged divorce, even among mixed marriages of different faiths (1Cor 7:2-5, 10-17). Both Peter and Paul admonished husbands and wives to have total love and respect for each other, for the one is not without the other in the Lord. In unity, they shall be joint-heirs together of the gift of eternal life.