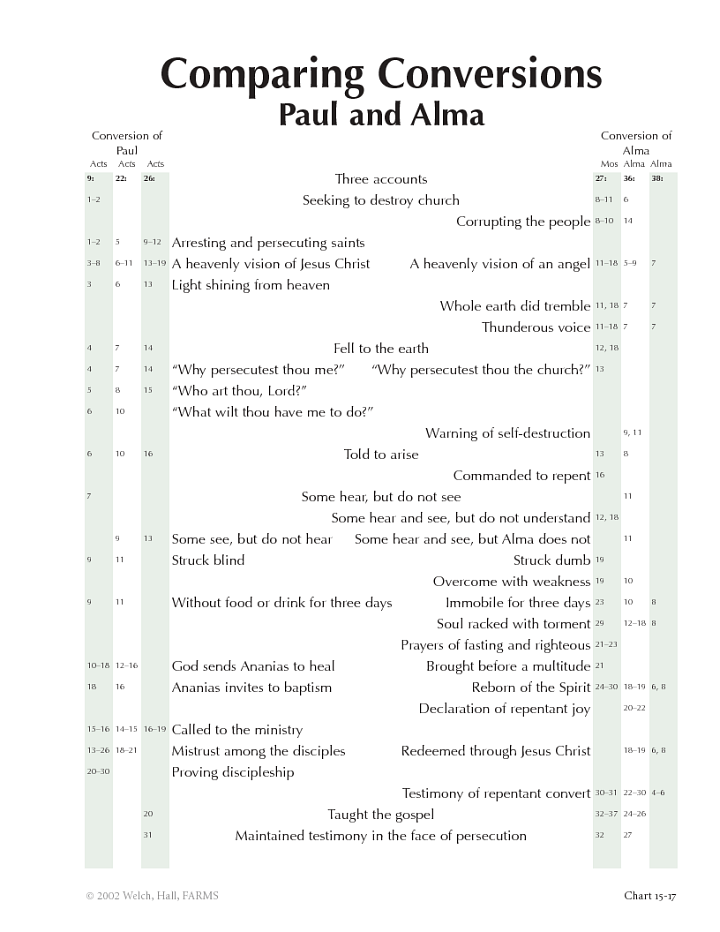 The conversions of Saul of Tarsus on the road to Damascus and of Alma the Younger in the land of Zarahemla are similar in certain fundamental respects, as one would expect since the source of their spiritual reversals was one and the same. Interestingly, in each case we have three accounts of their conversions: Paul’s conversion is reported in Acts 9, 22, and 26. Alma’s conversion is given in Mosiah 27, Alma 36, and 38. No two of these accounts are exactly the same. The columns on the far right and left sides of chart 15-17 show the verses of these six accounts in which each element either appears or is absent. Down the middle are found the elements shared by both Paul and Alma, and off center are words or experiences unique to either Paul or Alma. In sum, the personalized differences significantly offset and highlight the individual experiences in the two conversions.

Rex E. Lee, “Paul and Alma and Harold B. Lee: What Prophets and Common Sense Can Teach Us about Learning from Our Mistakes,” Brigham Young University Devotional and Fireside Speeches, (Provo, Utah: BYU Press, 1993/94), 13-17.