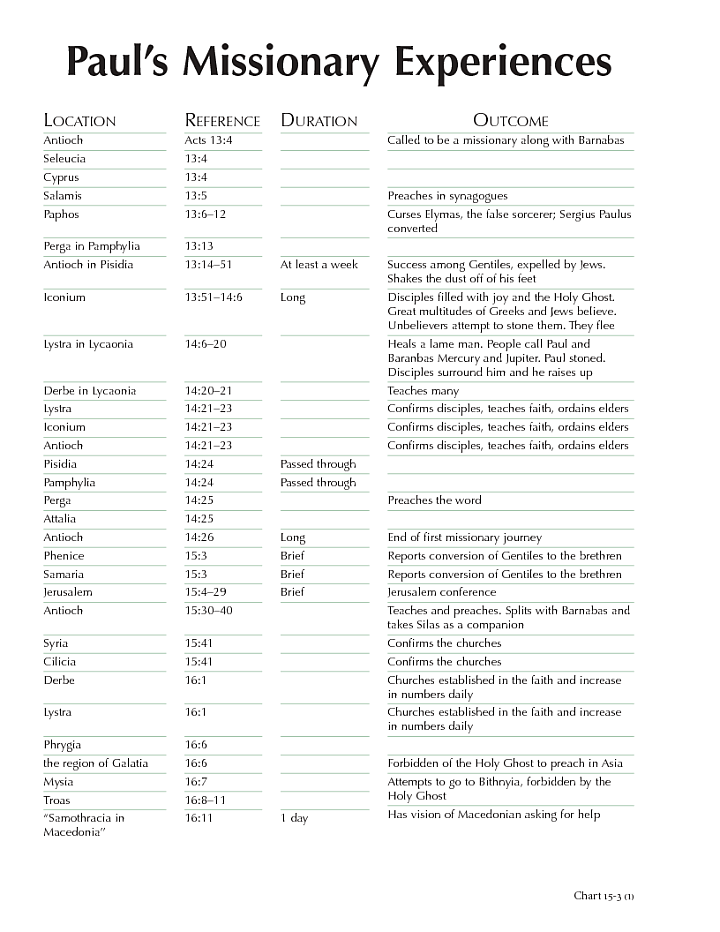 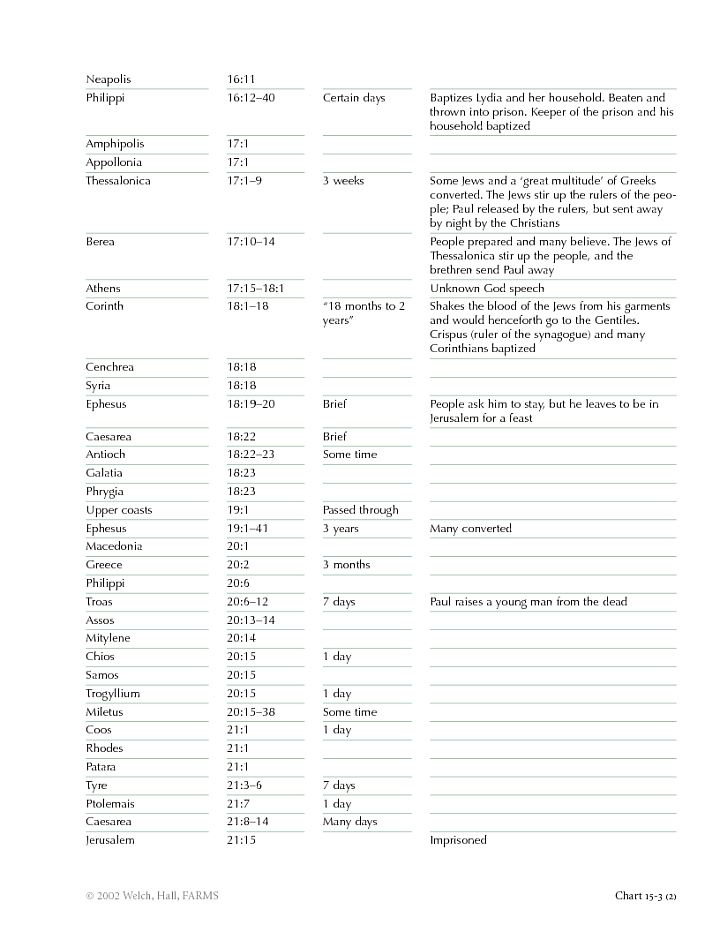 The book of Acts provides an excellent outline of many parts of Paul’s ministry. Although exact dating can be ventured for only some of the events in Paul’s life, a fairly reliable sequence of events and even the approximate dating of those events is found in chart 15-2. As far as possible, the time and place of Paul’s composition of individual epistles are included. Dating is given in the Roman system used at the time, with modern equivalents. Also offered are scriptural references for the activities noted in the scriptures. Aspects of Paul’s ministry after his arrival at Rome are conjectural, based on early Christian tradition.

Chart 15-3 details the missionary experiences of Paul, showing the various locations where he preached the gospel of Jesus Christ and the results thereof.

Paul was an impressive missionary. Although he may be best known through his exposition of doctrine and powerful testimony that still live in the words of his epistles, his actions speak even louder than his words. Paul displayed his faithfulness and dedication throughout his missionary labors. Chart 15-3 summarizes the information reported in the book of Acts about Paul’s experiences as a missionary. Details about where he went, what events are known to have occurred there, what lengths of time were involved, and what outcomes they produced are listed along with the scriptural references.