15-4 Paul’s Rights as a Roman Citizen 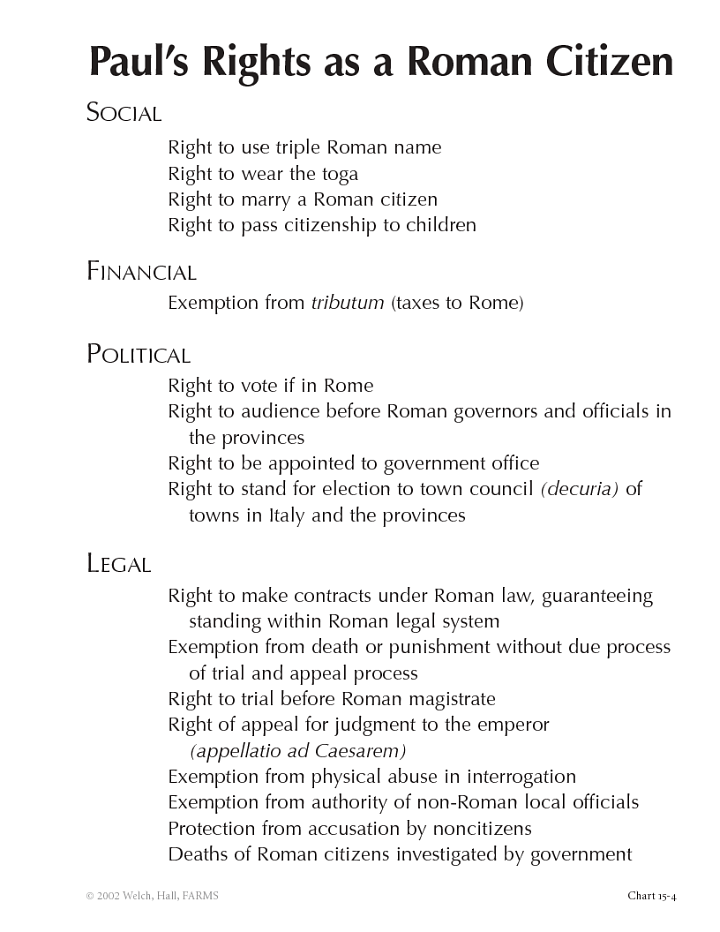 Chart 15-4 enumerates several of the powerful rights enjoyed by a Roman citizen such as Paul. These rights significantly enhanced his social, financial, political and legal stature, making it possible for him to command respect and influence. Compare chart 4-6, relating similar rights to parallel spiritual blessings extended to the early members of the kingdom of God.