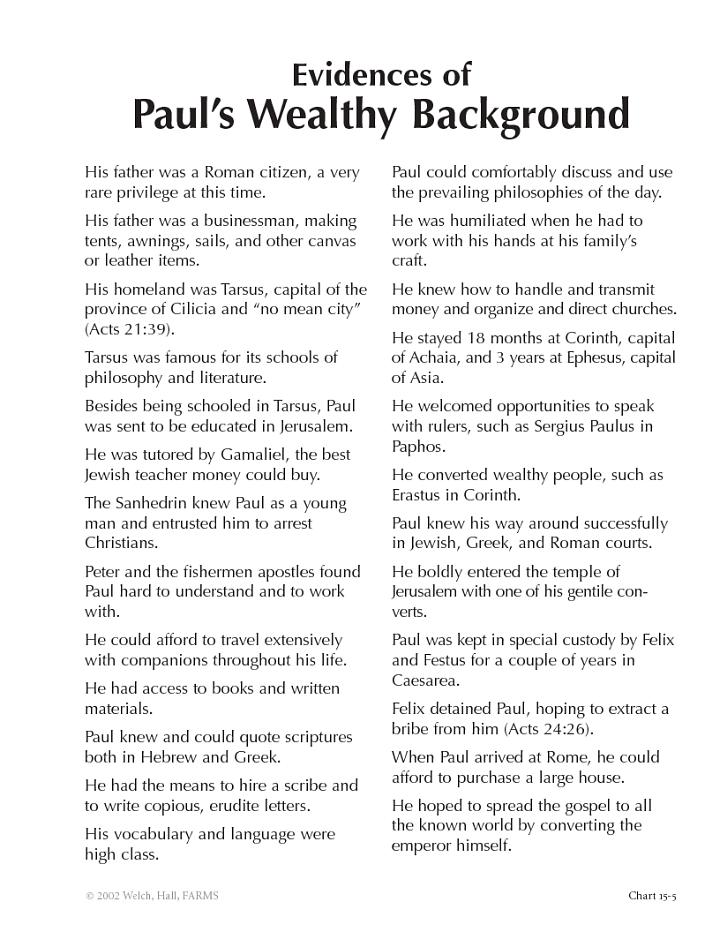 How rich was Paul? Although Acts 18:3 styles him as a “tentmaker,” many factors strongly indicate that Paul was no ordinary craftsman. Indeed, he may have come from a very wealthy and privileged background. This makes the conversion of Paul all the more impressive. He not only renounced his Jewish background and a promising future among the leading men of Jerusalem, but he also left or dedicated everything he possessed to establish a kingdom greater than the Roman Empire. Although little is known for certain about Paul’s childhood and upbringing, Paul’s rare citizenship, his extensive education, cool savvy, unflinching boldness, aristocratic behavior, and unparalleled success all point in the same direction: It would appear that Paul came from no low- or middle-class background. He was prepared in no ordinary way. He was sent on no ordinary mission